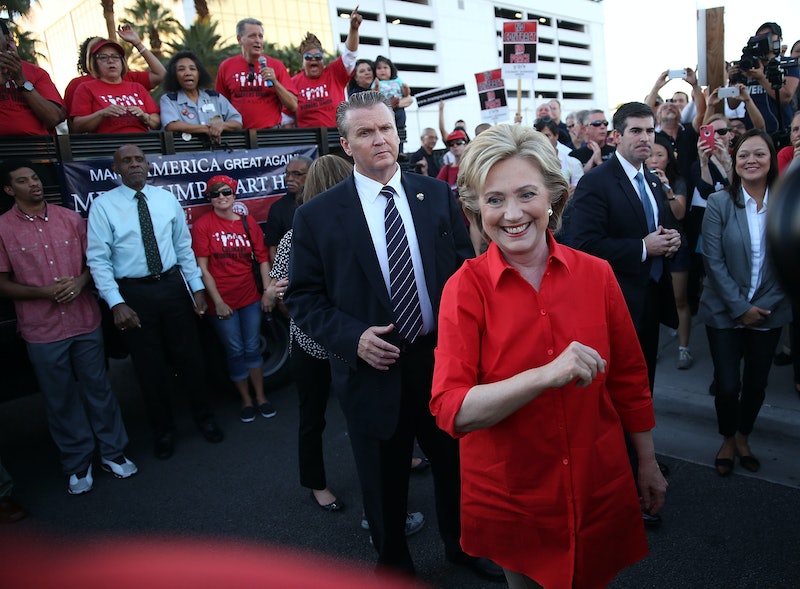 As usual, polling organizations are attempting to predict the results of the general election months before it actually takes place. According to Real Clear Politics' poll aggregator, Hillary Clinton would beat Donald Trump in the general election by slightly over six points. That is, if they become the official nominees in July. For Trump, the Republican nomination became all but certain after both Ted Cruz and John Kasich dropped out of the race. Clinton, on the other hand, still has some work to do. After winning the West Virginia primary by a landslide, Bernie Sanders pledged to remain in the game until the final vote is recorded.

A multitude of maps have been created to illustrate how a Clinton-Trump clash could pan out in November. And it's bad news for the Empire State real estate man. The Washington Post's Chris Cillizza related Trump's projected difficulty to the Republican's growing "demographic problem." In the past couple of decades, for example, even moderate Republicans have had a tough time winning minority votes. Given that he's used such harsh language toward Muslims and Mexican immigrants, that issue could very well be the straw that breaks Trump's campaign.

The inability to reach the minority population also affects the willingness of voters to commit to the party. The majority of Republican voters may support Trump, but aggressive candidates like him have also inspired some party members to switch allegiance. In short, the Republican Party is in danger of shrinking as more people, including minorities, fail to relate with its increasingly hardline stance. These maps illustrate how this might prevent Trump from winning the needed 270 out of 538 electoral votes.

As the map shows, most blue states hold a greater number of electoral college votes than the red states Trump is projected to win.

This map breaks it down into greater detail by highlighting which states are undecided but tend to lean to the left or right.

The publication calculated how much Trump would have to improve his polling in order to win the presidency.

4) University of Virginia Center For Politics

This map also records Republican and Democratic-leaning states, but categorizes 85 electoral votes as toss-ups, making it seem as though the race between Clinton and Trump is closer.

NBC explains that the less unified party historically loses in the general election.

Clinton's in the lead, but she has yet to secure the Midwest.

And last but not least, this one even includes map from previous election years.