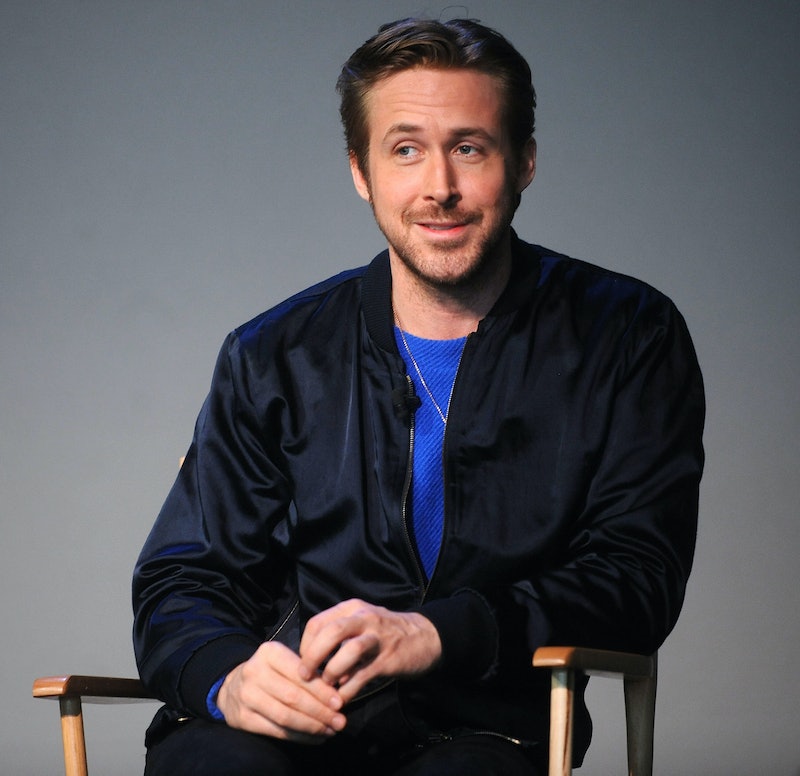 The last time we saw Canadian import Ryan Gosling on the big screen he was delivering cold hard truths about the American economy and wall street in 2015's Oscar-nominated film The Big Short. He offered quick-witted banter and winks at the camera, and audiences almost forgot they were watching a film about the housing bubble collapse in the mid 2000s. But the actor's next role is a little different. Co-starring Russell Crowe, Ryan Gosling stars in The Nice Guys , directed by Kiss Kiss Bang Bang's Shane Black. Set in the 1970s in Los Angeles, the film follows two not so nice guys as they accept a job to track down a missing porn star.

Luckily, the 35-year-old father of two was game to share. "What is it, your childhood pet and the first street you grew up on?" he asks, trying to remember the winning formula.

"My first childhood pet was a cat named Tracker, and the street I grew up on was Mohawk, so Trapper Mohawk."

Well hot damn, I'm sold. Now run with me for a minute while I envision some sultry titles for our boy Mohawk:

OK, that last one isn't necessarily a pornographic film, but I certainly think a sequel to 2011's Crazy, Stupid, Love should go into production ASAP.

Until then, see The Nice Guys, which hits theaters May 20.