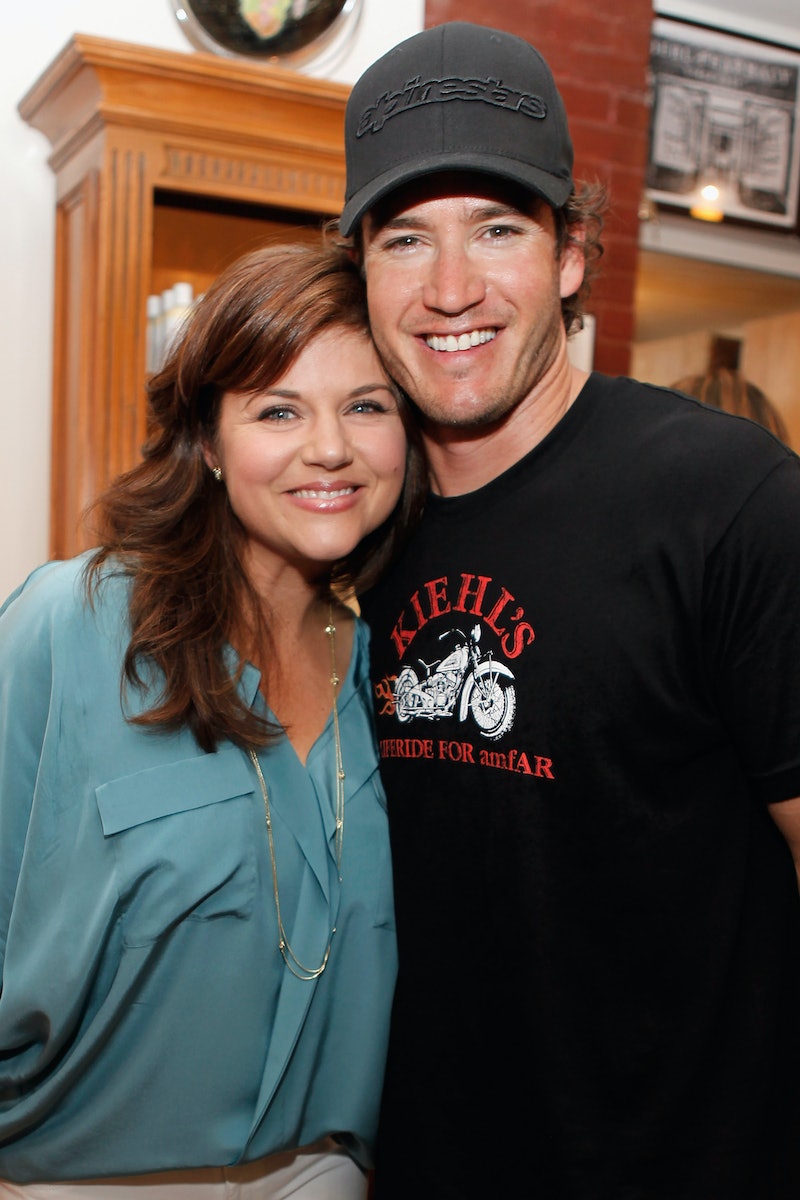 If, like me, you're still completely, unabashedly obsessed with Saved by the Bell , you are going to immediately want to set your DVR and tune in to the Cooking Channel Wednesday night. Eternal girl crush and celebrity chef extraordinaire, Tiffani Thiessen, has reached the second season finale of her cooking show, Dinner at Tiffani's , and she's brought out the big guns to celebrate this one. None other than Mark-Paul Gosselaar (aka many children of the '90s first crush, Zack Morris), and his wife are joining her to cook something delicious for the finale. Say it with me... "I'm so excited! I'm so... scared!"

It's totally OK to admit if Zack and Kelly are still your #1 OTP, and if you're still angry at college guy Jeff for breaking them up that one time. Gosselaar and Thiessen are well-aware of the impact that SBTB still has on fans young and old, and they're totally game to reminisce about their time at Bayside High, frequently meeting up for hilarious cast reunions or a great photo op. That's why it's so great that Gosselaar is showing support for his onscreen love by appearing on her show, melting the hearts of '90s kids everywhere.

Everything about this is great. Their coordinating Canadian tuxedo ensembles, paired with the double date vibe thanks to their spouses, Catriona McGinn and Brady Smith — and can we please talk about the fact that he calls her "Tiff?!" This entire scenario makes my life complete. The only thing missing, of course, is the rest of the Bayside gang, but Thiessen did have Mario Lopez on her show back in 2014, and Elizabeth Berkley made an appearance in 2015, so she's not leaving out her Bayside besties.

I can't wait to see what these two are going to cook up on Dinner at Tiffani's. Lobster sounds worlds better than the sad looking burgers they used to eat at The Max, amirite?