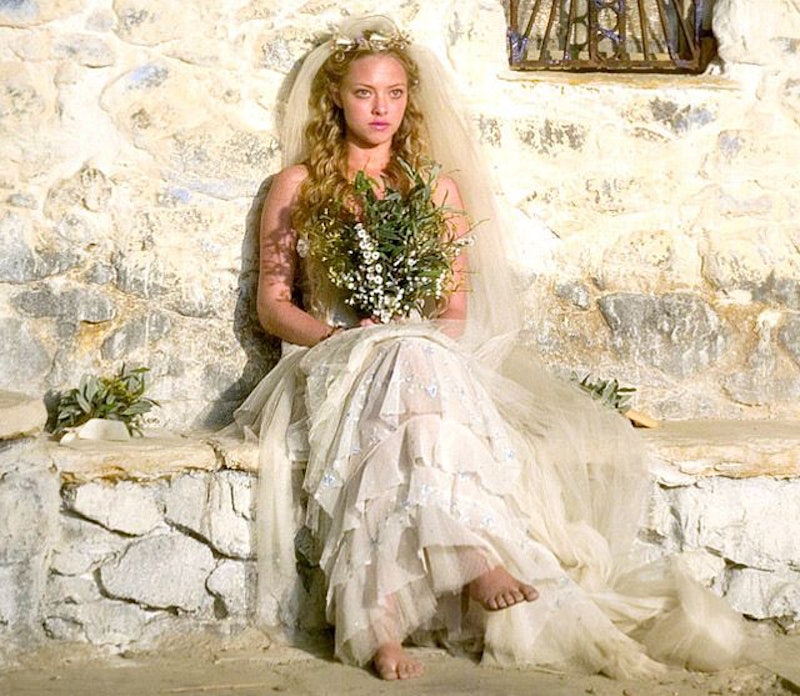 Amy Heckerling, the woman behind Clueless, has a bone to pick with Hollywood. Well, a couple actually. But one that stands out is her belief that Hollywood is greenlighting way too many movies about weddings aimed at women, which she expressed in an interview with Vulture. Heckerling told the website, "I can’t believe that this is a whole genre, and this is what there is for females. It could be nineteen-f*cking-fifty again. So much of the stories are about getting a guy and getting married." To put it plainly, she said, "In the latest movies, men have to be heavily armed and fighting, and women have to be in fluffy white dresses getting married, and I don’t understand why that is still a thing."

Heckerling makes a good point, that if you look at a lot of the movies aimed at women, they do often include a wedding scene. In just the aughts, there's been a whole slew of wedding movies like 2009's Bride Wars, starring Kate Hudson and Anne Hathaway, which portray women who are getting married as caricatures. Bridezillas that just want to get married and nothing more. Movies like 27 Dresses, The Wedding Planner, and The Wedding Date poke fun at the single woman or the perennial bridesmaid who is never a bride, once again sending a message that marriage is a woman's main goal.

But, it's also true that sometimes wedding movies are about much more than marriage. Take Bridesmaids, which may center on the planning of a wedding, but is really about female friendship and what happens when your best friend's life changes without you. It's easy to reduce the Kristen Wiig comedy to just another wedding movie, when in fact it's just a movie with a wedding in it. Kind of like Clueless, which happens to also end with a typical wedding.

Of course, Bridesmaids isn't the only movie that falls into this category, which is why I've rounded up 11 different films — some of which are directed by women, many of which have the words "wedding" or "married" in their titles and two of which feature ABBA prominently — about weddings to show that not all wedding movies are made equal.

Rachel may be the one getting married, but this movie is all about her sister, Kym. Played by Anne Hathaway, Kym is a recovering addict who is coming to the wedding straight from rehab. Throughout the film, we begin to see why Kym is the way she is, including the tragedy that shaped who she was in her family's eyes. By the end, you will be crying your eyes out and it will have nothing to do with how beautiful Rachel looks on her wedding day.

Katherine Heigl has been in her fair share of wedding movies, but this one is the first to take a more enlightened stance. In this film, co-starring Gilmore Girls' Alexis Bledel, Heigl wants to marry her girlfriend, but first she has to tell her parents that she has a girlfriend. Her parents aren't very accepting of this and though the movie is a tad bit heavy-handed, the message is a nice one: "Family is worth fighting for."

This comedy from Robert Altman gets at the craziness that goes down at a wedding. There are family secrets, a death, and an accident. There's addiction, radical politics, and a baby that may or may not be the groom's. Unfortunately, it's not with his bride-to-be. This is a wedding that is less a dream and more of a nightmare, but you can watch it knowing that no real life wedding could be as bad as this, and that there's much more to getting married than saying "I do."

This romantic film from Mira Nair focuses on an arranged marriage that brings a family together, while also showing how far they've grown apart. There's an affair, discussion of homosexuality, and a focus on the price India's political climate has left some of the guests. You'll laugh, you'll cry, and you'll likely want to watch it again and again.

Before Sophie gets married, she needs to figure out who her real father is. While this may sound a lot like an episode of a soap opera, it's really a sweet, ABBA-filled story that attempts to reconcile the past before it's too late. Watching Meryl Streep sing is also totally worth the price of admission.

In so many movies, it seems like the women are in a rush to get married, but in this movie starring Emily Blunt, it's her job that keeps her from walking down the aisle. At first, it doesn't seem like much of a problem, but soon it seems like a sign of future trouble. This movie takes a look at what it means to get married, which has very little to do with the actual wedding and all to do with the 'til death do us part stuff.

This Lars Von Trier movie begins with a wedding and ends with well, what appears to be the end of the world. In between, we get to see Kirsten Dunst's character go from a depressed bride to a self-assured woman who is ready to accept her fate, whatever that may be.

Muriel really wants to get married. Not because she's madly in love, but because she just wants to move out of her small town of Porpoise Spit, Australia. With a soundtrack from ABBA, Toni Collette's Muriel soon learns it's friendship, not marriage, that will take her above and beyond in this life.

Rachel, played by Piper Perabo, is in love with Heck, but after meeting Luce, she's not so sure. The fact that Luce is a woman complicates things for her, as does the fact that Rachel met Luce on her wedding day. But this movie makes it clear that love is all that matters, not the gender of the one you love.

Marisa Tomei is set to marry a podiatrist, who seems just a bit too boring for her. Not to mention, totally wrong. So she ends up running away to Italy to meet a man whose name a fortune teller gave her when she was 11, telling her it was the man of her dreams. As this movie shows, sometimes weddings are just a catalyst for the real story. Sometimes the man or woman you're engaged to isn't really the right one for you, but that doesn't mean it's too late to find your soulmate.

This stop-motion animated quote-unquote kids movie certainly doesn't make marriage look like such a fairytale ending. The Johnny Depp-voiced groom runs off into the forest with cold feet only to meet a zombie bride who was killed by her groom and now thinks she has a new man in her life. Meanwhile, the woman Depp's supposed to marry (voiced by Emily Watson) is scared that she won't end up loving her husband. Her mom's response? "Since when did that have anything to do with marriage?" Clearly, Tim Burton has some strong feelings about the institution.

These movies show that weddings aren't necessarily the focus of wedding movies. Getting married isn't always the happy ending we're told it is — it's often much more complicated and nuanced than that. These movies get at those complications and force us to look at weddings in a new light.