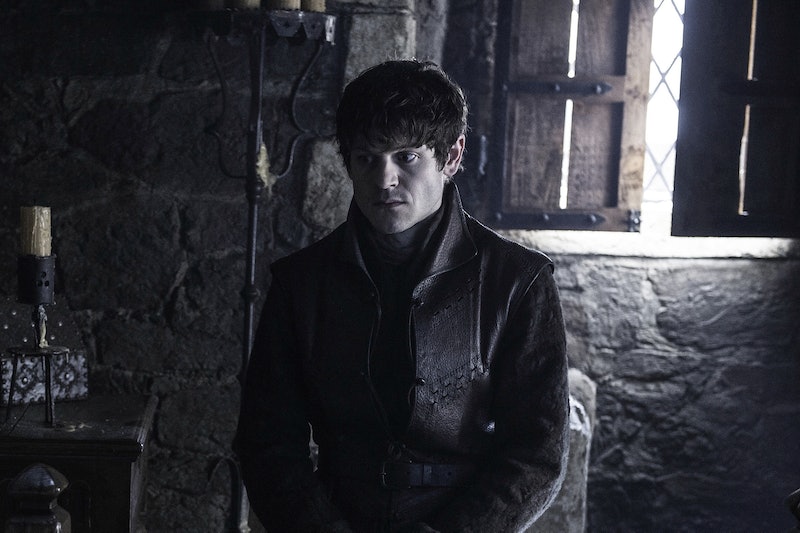 Game of Thrones may have a lot of characters in its cast but not all of them are going to make it to the end of the series. As Cersei Lannister told Ned Stark in Season 1, "when you play of the game of thrones, you win or you die" — and boy have some characters really lost on Game of Thrones. But, if there's one character this show should drop ASAP, it's the newest head of Bolton house. So, here's the one reason Game of Thrones needs Ramsay gone now. Basically, it all boils down to the fact that Ramsay is boring.

Now, I can understand people who might think many aspects of Game of Thrones are boring; certainly, the High Sparrow's monologues about his path to religion are getting old, and even Jon Snow's constant need to do the right thing could wear on some people (though I may not want to associate with those people). But, Ramsay really hasn't done much except kill and torture people since he made his debut on the show. Seriously, do I need to recount the number of people he's tortured and/or killed on Game of Thrones? We get it, Ramsay Bolton is evil. Tell me something I don't know, Game of Thrones.

Unlike other characters on Game of Thrones, who have grown up and changed over the show's almost six seasons, there has been no compelling character development for Ramsay. In fact, the only real progression of his storyline has been rising from the status of a bastard to Lord of Winterfell and Warden of the North — which he achieved by torturing and murdering people. But, rather than make him more interesting, his rise to power has made Ramsay even more boring since achieving power hasn't changed him, not even a little bit.

It's actually a bit preposterous Ramsay has lived this long, even within the context that those who are good and noble tend to die early/young on Game of Thrones (Ned Stark, Robb Stark, all the direwolves) while those who are evil tend to live longer lives. Of course, there are exceptions to this — Jon Snow and Daenerys are still alive and Joffrey Lannister is dead — but Ramsay hasn't even come close to dying; the worst thing that happened to him was his girlfriend being killed by Theon, though he wasn't exactly broken up about it. Ramsay is just as much a psychotic sociopath as he was the first time he appeared on Game of Thrones.

Still, while it seems Ramsay has been kept around this long simply to fill the violence quota on Game of Thrones (we can't go one episode without at least three people dying horrific deaths and if Ramsay isn't around, who's going to do it?), if the events of "Book of the Stranger" are any indication, maybe his time in Westeros is running out. You don't just threaten Jon Snow, Sansa Stark, and the Wildlings and get away with it. Hopefully now it's simply a question of which character gets the honor of killing Ramsay — personally, I'm pretty partial to Brienne killing Ramsay on Sansa's behalf.