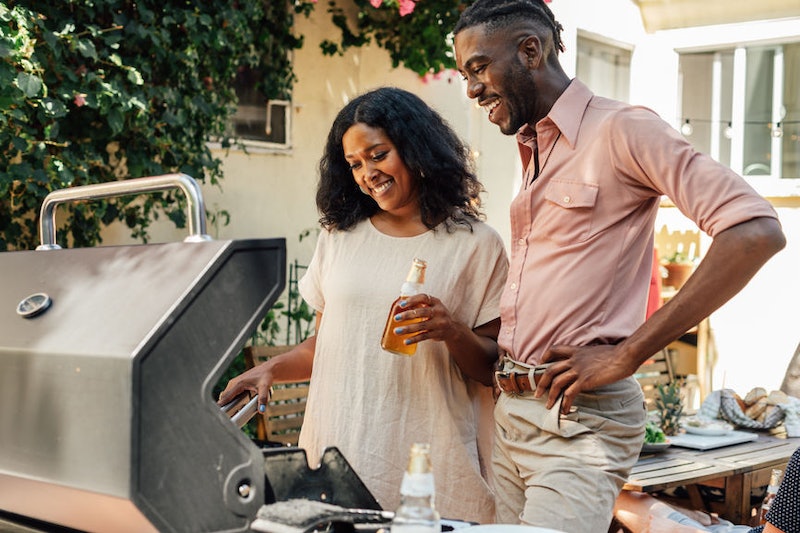 With temperatures creeping up ever higher, all my little brain can think about is camping out on a roof somewhere with friends, soaking up the early summer sun with a cold drink and a few season-appropriate snacks. Seriously, when is Memorial Day? It's not like I spend all of spring looking forward to a random Monday off at the end of May or anything but... well, just kidding. That's exactly what I do.

Spring and summer holidays are the best, but spring and summer holidays that allow you to stay home from work are, quite frankly, the thing that keeps Earth running smoothly. Memorial Day is probably something that's definitely on your radar, but because it doesn't fall on the same calendar date every single year, it can be hard to keep track of. As a rule, Memorial Day is celebrated on the last Monday of May, meaning Memorial Day is May 30 this year. It's a well-deserved day off to spend hitting up barbecues, venturing to the beach, and ushering in summer, but it's also important to keep in mind the true reason the holiday exists in the first place. Memorial Day became an official national holiday in 1971 as a way to commemorate the lives and sacrifice of people who have died fighting for our country.

There are countless ways to observe the unofficial beginning of summer. Here are four facts to get you started.

1. The origins of Memorial Day go way back

Although Memorial Day didn't become an official holiday until 1971, the tradition of decorating the graves of loved ones lost in battle has deep roots in American history. The practice became especially popular following the Civil War, when "decorating" ceremonies were held across the country during the summer. Commander of the Grand Army of the Republic General John A. Logan requested that Memorial Day become a holiday in 1868, though at the time it was called Decoration Day.

2. We celebrate Memorial Day on Monday for a reason

3. We're supposed to take a national moment of silence

In 2000, Congress decided to put into effect a National Moment of Remembrance at 3 p.m. During this time, Americans are supposed to pause what they're doing to reflect on the many veterans who have died fighting for our country.

4. Memorial Day is not the same as Veterans Day

You might be thinking duh, but many people get the two confused. Memorial Day is a day that's meant to remember those veterans who have died in service. Veterans Day, which is celebrated Nov. 11, is a federal holiday that pays tribute to all veterans who have served in the military — not just ones who have died.

So, enjoy all the food, fun, and beautiful weather Memorial Day has to offer, but don't forget the real reason this holiday is marked on your calendar. Yes, it's a day off, but it's also an opportunity to give thanks to those who offered us the ultimate sacrifice.

More like this
Juneteenth Is Now A Federal Holiday — Here's What That Means
By Lani Seelinger and Syeda Khaula Saad
11 Podcasts About The History Of Juneteenth
By Emma Carey
13 Summer Solstice Quotes To Celebrate The Longest Day Of The Year
By Sadie Trombetta
The Summer Solstice Spiritual Meaning, Explained
By Jessica Booth and Brittany Beringer
Get Even More From Bustle — Sign Up For The Newsletter