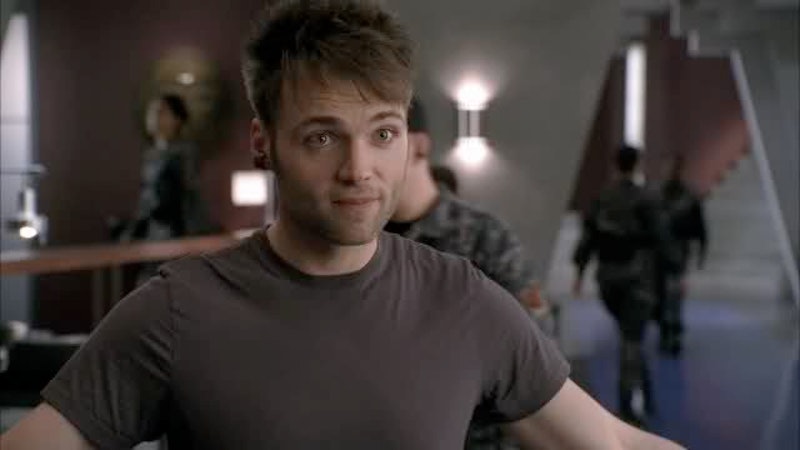 When it comes to the world of Fringe, there was one character who stole the show for me, and that character was the adorable FBI agent Lincoln Lee. He was a secondary character whose flirtations with the Olivias across universes was his most significant contribution to the series. And that was fine by me and my fellow Lincoln junkies. Lincoln was the romantic woobie with a noble heart and a wicked sense of humor. For that reason, the Fringe episodes that featured lots of Lincoln were some of the show's best outings.

Since Fringe was a case of the week show, it was not big on character-centric episodes, but it was rich in character moments. Both versions of Lincoln were given amazing material over the course of the series. From being by Alt-Olivia's side when she gave birth to her son to deciding to stay in the alternate universe, Lincoln Lee had his share of powerful moments.

If you want to get straight to the Lincoln Lee goods, then stick with me, kid. I have put together a list of 11 episodes of Fringe where Lincoln was clearly the MVP. If you have ever wanted to have a Lincoln marathon, then today is going to be a very good day for you.

The alternate universe Fringe team of Olivia, Charlie, and Lincoln was introduced and it was majestic. This is early days Lincoln in all of his snarky glory. This is the episode to go to if you are looking for quality Olivia and Lincoln banter with a side helping of Lincoln and Charlie's bromance. The trio didn't last long after this episode, so enjoy their combined awesomeness while you can.

Lincoln gets promoted to head of the Fringe Division, and his teammates tease him incessantly. The best part of this episode is Lincoln's pining. He is so clearly in love with Olivia, who has way too much going on in her life to see it.

Hey, remember that time Lincoln held Olivia in his arms while she gave birth and then he told her he loved her? Yeah, I thought so.

This episode marked the introduction of Prime Lincoln. He was dorkier than the alternate universe Lincoln, and every bit as endearing with his glasses and confusion over the craziness of the Fringe team. It only took one episode for it to become clear that Lincoln had found his home, as he embraced the impossible and joined the gang.

Lincoln and Olivia's prime universe partnership is cemented in this episode in a way that is both funny and scary. I love seeing Lincoln adjust to all the weirdness of the world he never knew about, and having Olivia be his guide makes the whole process so much fun to watch.

Prime Olivia and Prime Lincoln were never going to be together, but they did get one episode of beautiful flirtation where they seemed so possible. Between the meeting in the diner to Peter and Lincoln bonding, and the promise of a dinner invitation, this is the ultimate "what could have been" episode.

The only thing better than one Lincoln is two Lincolns. This episode is full of quality Lincoln material. There is the always underrated team up of Peter and Prime Lincoln, there is quality action as Prime Lincoln poses as his alternate universe counterpart, and, of course, the magical meeting between the two Lincolns. If you want action Lincoln as opposed to romantic Lincoln, this episode should be your first pick.

8. "Everything In Its Right Place," Season 4

This is the big Lincoln episode that takes a deep dive into both versions of the character. When Prime Lincoln is left feeling adrift and out of place in his own world, he ventures across to the alternate universe to work a case with the alternate Olivia and his doppelgänger. There's so much character development, heartbreak, and amazing acting from Seth Gabel in this hour, and it truly is one of the show's best episodes.

With the alternate universe Lincoln dead, Prime Lincoln chooses to stay by Olivia's side, and it is absolutely beautiful. This one is definitely for the romantics.

Lincoln says his goodbye to his prime universe friends, and there are lots of tears — from me, mostly, but they still count.

The one where it is revealed Lincoln and Olivia live happily ever after in at least one universe. This is an "everything is beautiful and nothing hurts" kind of episode — a rarity in the Fringe universe, so it should be cherished accordingly.

You can now watch the ultimate Lincoln marathon and bask in the FBI agent's perfect snark, puppy dog eyes, and beautiful heart for 11 hours straight. Make your next Fringe marathon a Lincoln marathon; I promise you won't regret it.

More like this
Here's How To Stream 'Downton Abbey: A New Era' & The New 'Downton' Channel
By Alice Broster and Sam Ramsden
'Stranger Things' Fans Are Begging For Steve To Live For The Funniest Reasons
By Grace Wehniainen
Vanessa Hudgens Proves She's Always A Wildcat At This 'High School Musical' Location
By Alyssa Lapid
Emilia Clarke Shares More Details About The New 'Game Of Thrones' Series
By Maxine Harrison
Get Even More From Bustle — Sign Up For The Newsletter