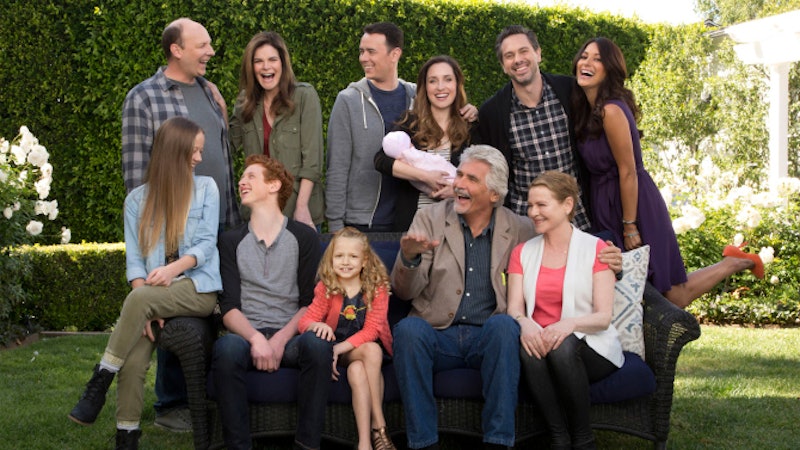 Great news, Life in Pieces fans, the family that you know and love is coming back for more hijinks and hilarity. TVLine reported on Wednesday that CBS has renewed Life in Pieces for Season 2, and I think this calls for a major celebration. Because the show did incredibly well for a new series. In fact, it ended its first season as the number one new comedy of the season. That might have something to do with the fact that it followed another CBS hit, Big Bang Theory, but I think it has more to do with the fact that the show is downright hilarious. After all, not even the laziest of Big Bang Theory fans are going to stick around for a show that’s no good. No, I think Life in Pieces' success has more to do with the amazing writing, the complicated family dynamics, and the hilarious scenes that kept fans coming back for more.

The Time They Got Really Serious About Ping Pong

The Time They Loved Each Other So Much

Whoever said moving was easy on a family probably never had to do it themselves.

The Time Matt Dated His Coworker

And it made for some really awkward office exchanges.

With a family that size, hijinx were bound to happen.

It’s not a Friday night unless someone ends up in the hospital.

The Time Tim Made Up For His Poor Gift Giving

Who wouldn’t be thrilled with a game of Bible Chess?

The Time Matt Walks In On His Parents

All the more reason to move out of the garage.

And it wasn’t nearly as beautiful as everyone makes it out to be.

The Time Tyler Got A Girlfriend

The Time The Family Gave Thanks

Moments like these are exactly why I'm so glad that Life in Pieces is coming back for another round of hilarity.