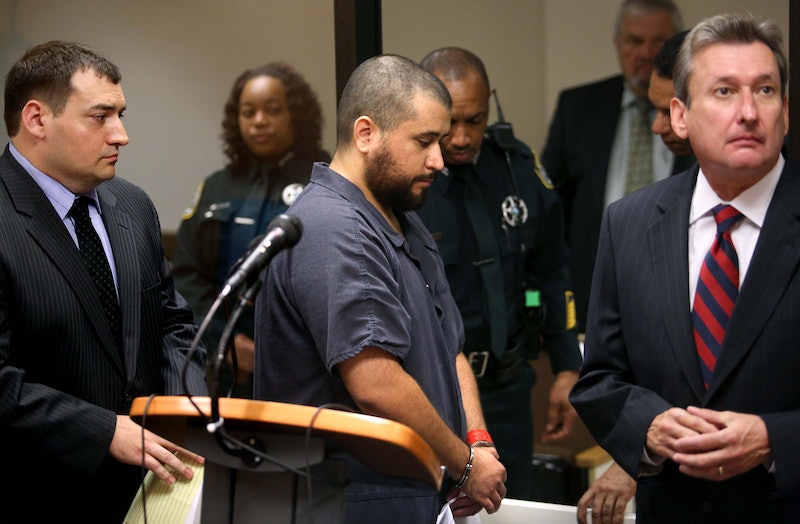 The saying "any publicity is good publicity" stems from the unfortunate tendency to fixate on controversy, especially when its origin is repulsive. Ever found yourself stuck in traffic only to realize the flow of cars is being held up by a line of gawkers slowing down to observe a tragic car accident? For whatever reason, we have a difficult time turning their heads the other way. The same can be said for the frenzy surrounding George Zimmerman, among others currently in the spotlight. But the truth of the matter is: These figures don't deserve our attention. In fact, they're taking it away from greater issues that could be more productively addressed.

Instead of drawing attention to Zimmerman's nauseating decision to auction off the gun with which he shot and killed 17-year-old Trayvon Martin, we could be focusing on the efforts being made to stop such incidences from happening again. (It should be noted that after the public outcry, Zimmerman's online auction page has been deleted.) After all, Zimmerman has already been acquitted, and any details surrounding his life from that point on are purely sensationalist. Nothing he has to say or to offer the world changes the fact that Martin is dead and that power is abused in a variety of occupational fields.

The same attention-mongering mentality has influenced the political scheme, especially in the past year. By March 2016, for example, Trump had already earned himself nearly $2 billion in free media time. That's over double the time media had allotted to Hillary Clinton for free. Trump was clever enough to take advantage of it by spewing one offense after the other, knowing that media consumers wouldn't be able to resist the dramatic overtones. The nation didn't skip a beat when it came to recording any discriminatory or xenophobic comment he made.

For him, though, that attention was true power. It shouldn't come as any surprise that he's now the Republican Party's presumptive nominee.

Like it or not, we, as media consumers, play a role in enabling unattractive viewpoints to perpetuate themselves. This applies to issues as well as to public figures. For example, North Carolina's bathroom bill has attracted the attention of the federal government and even other nations. Though the bill's reasoning is discriminatory against the LGBT and trans communities, nobody is paying attention to the fact that it can't actually be implemented effectively. Mother Jones' Samantha Michaels asked local police station representatives whether they actually have the power to arrest people for going to the incorrect bathroom, Asheville Police Department spokeswoman Christina Hallingse assured her, "We're not checking birth certificates. We just don't have the police power to be able to do that in bathrooms."

Meanwhile, a bill that would allow businesses to openly discriminate against LGBT individuals is being passed in Mississippi unnoticed. Unlike the North Carolina bill, this bill would affect the everyday life of citizens. Unlike North Carolina, the U.S. Justice Department sent a letter to Mississippi asking them to repeal it.

We can only consume a certain amount of information. Let's make it worth our while.