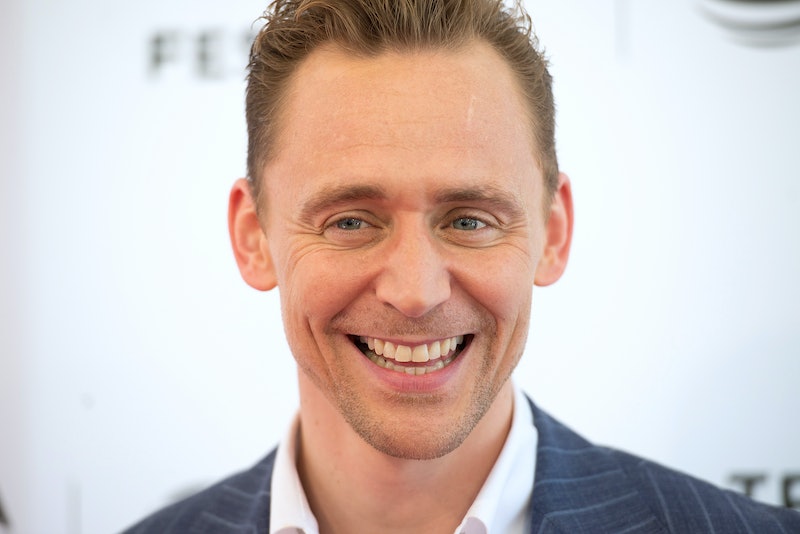 Tom Hiddleston's theme song could be Salt 'N' Pepa's "Whatta Man." While the actor is best known as bad guy Loki in Marvel's movie universe, he also has made a career taking on films that critique social norms. The role Hiddleston plays in High-Rise , his newest movie, certainly fits that bill. High-Rise is about class dynamics, neoliberalism, and community isolation, with Hiddleston square in the center as Dr. Robert Laing, whose income puts him in the middle of the 40-story tower where the movie and book take place. Wealth disparity and gendered violence are key points to the film's plot; in the tower, Robert must navigate the aggressive society contained in the high-rise, with the wealthy people at the top ultimately destroying the poorer folks at the bottom.

While this is a dark premise, it's just one of Hiddleston's many roles that critique social injustices. Hiddleston is a self-proclaimed feminist with the film career to back it up, and while he might play a deeply problematic character or even the villain in some of his films, the stories he participates in are typically overtly transgressive for mainstream film and leave lots of room for productive discussion among audiences. In that respect, Hiddleston's role in High-Rise is just the latest film he's taken on that's talked about complicated social issues.

Vampires have a hella interesting position in pop culture. They often emerge in books and film during periods of financial unrest, symbolizing the "blood-sucking" nature of economics. And while he's no Dracula, Hiddleston's turn as Adam in Jim Jarmusch's vampire film Only Lovers Left Alive is a fascinating look at masculinity, creativity, and how exactly those things fit into contemporary culture.

Hiddleston plays Edward, a 25-year-old who quits his job in the middle of a quarter-life crisis and decides to go help with the AIDS crisis in Africa. His family plans a celebratory trip to Sicily to see him off, and he spends the trip trying to get talked out of his decision. On the surface, there's nothing loudly egalitarian; instead, it's a piece about the absurdity of the white middle class, with Hiddleston making himself the butt of the joke.

Baby Hiddles plays Oakley in this coming-of-age and coming-out-of-age dramedy about aging and sexuality. He gets involved with an older woman and has to navigate the end of his youth while facing the realities of adulthood, creating a ruthlessly honest performance of late-boyhood.

Another one of Hiddleston's more complicated roles, this movie is dreamy romance, but it's one that hinges on Hiddleston's character's PTSD and the damage it does to his relationships and self.

Here's hoping that the actor's newest film will fare as critically well as the movies above did, and continue his important work.