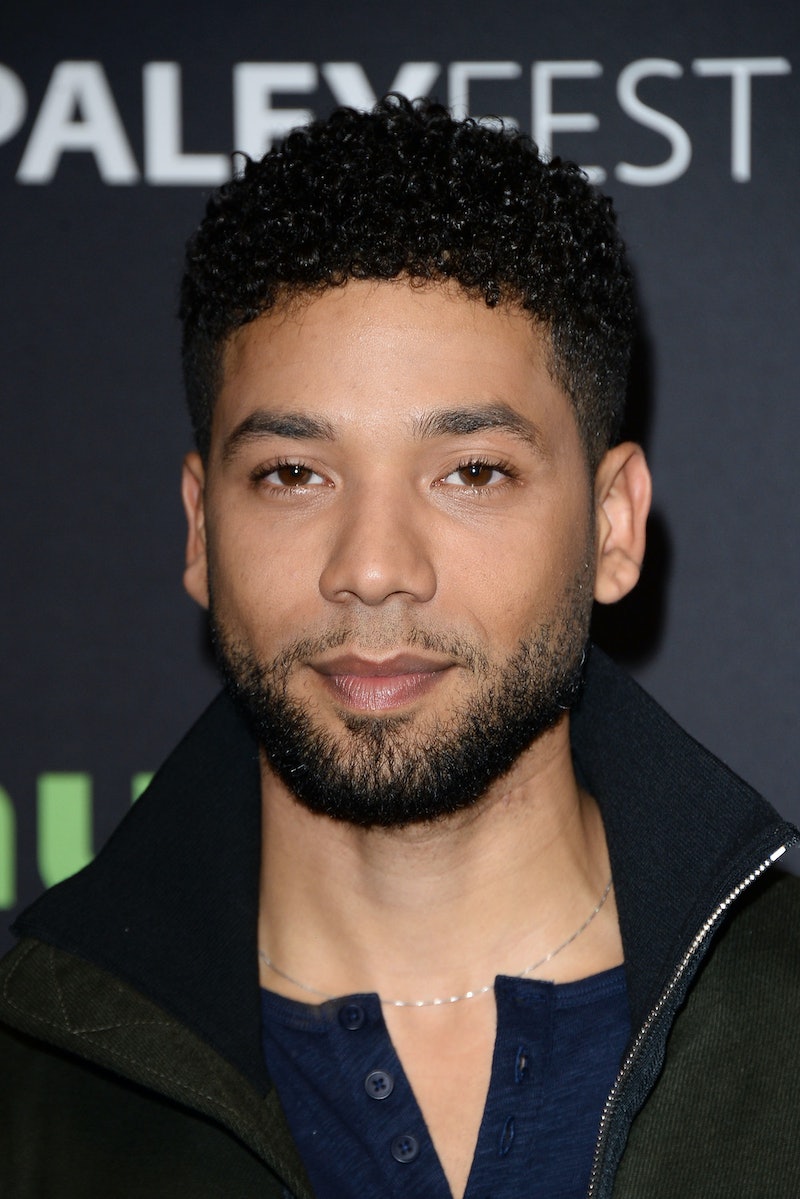 It looks like there's a possibility that Jamal Lyon will be sticking around on Empire after all. The actor who plays Jamal on FOX's hit musical drama, Jussie Smollett, posted a tweet on Thursday that seemed to confirm he'd be leaving the show. “I’ve thoroughly enjoyed my time w/ @EmpireFOX," he wrote, "I love you all. Truth. Time 2 make a record & some movies. #Empire." But Entertainment Weekly claims the network isn't giving him the green light to exit. According to EW, Smollett isn't leaving Empire and is still under contract. If that's true, let's be glad that Smollett's gig isn't over yet because it's too early to see this influential actor — and his influential character, Jamal — leave our small screens.

Bustle has reached out to representatives for Smollett and Fox for comment, but has not yet heard back.

Smollett's apparent farewell tweet (Empire spoilers ahead) followed Wednesday’s Empire episode, which ended on the cliffhanger of Jamal being rushed to the hospital after being shot. The next morning, thousands of fans had retweeted Smollett's message and were pretty sure it meant an end to Jamal Lyon as we know him. As far as final goodbye tweets go, this one seemed pretty standard. But, with EW's report, and Smollett's silence on social media following the tweet, I'm hoping that it doesn't mean what we think it means.

Since Empire debuted last year, Jamal's character has covered uncharted grounds in his representation of a gay man within the context of the hip hop community. But, Smollett's influence doesn't end with Jamal. In March, Smollett opened up about his own sexuality in a candid interview with Ellen Degeneres. In the interview, Smollett didn't label himself or declare that he was coming out. Instead, he questioned the phrase "coming out of the closet" and spoke about the topic in a refreshing and simple way.

Later that same month, the actor addressed his impact in Vanity Fair. When asked about being a gay man in Hollywood, he told the publication,

I feel a responsibility, but do not feel pressure. There is a responsibility for me as a man, as a man of color, as an artist to be myself and make things that reflect me and that are true. That’s what matters. It’s about all of us, not a particular group of people. I hope to make an impact on society and the world and as a human being, that’s what’s real and what I want to do.

Even though I'd like to see Jamal continue to make strides in LGBTQ representation on TV, regardless of his character's fate, I've no doubt that Smollett will keep doing work that matters.