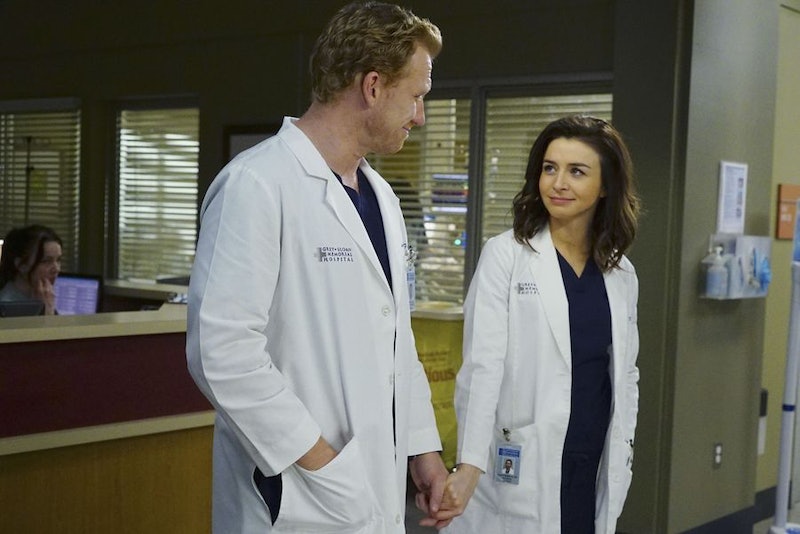 Another day, another love story on Grey’s Anatomy. Honestly, I don’t know how Shonda Rhimes thought to bring together Owen Hunt and Amelia Shepherd, but I’m glad she did. At first, they both seemed like two damaged messes that were incapable of falling in love again, but now Owen Hunt and Amelia Shepherd are getting married on Grey’s Anatomy . They are in love, and they don’t care who knows it. But will they actually even make it down the aisle?

Look, I believe in true love and all of that, but Owen and Amelia are the king and queen, respectively, of self-sabotage. Owen suffered from severe post-traumatic stress disorder so badly that he tried to choke out Cristina Yang, his ex-wife, in her sleep. He got therapy for all that, but that’s not something that’s easy to get over. And Amelia? Oh, Amelia. She is a former addict who has suffered the losses of her fiancé, their child (who was born with severe birth defects), her father, and her older brother. Amelia runs from conflict and emotional relationships like I run toward Baskin-Robbins on free cone day. I respect the fact that they had that whole discussion about things being “real” between them and all that, but I hope that Amelia especially doesn’t panic and run away.

So what happens next? I hope that Amelia and Owen have a beautiful Grey’s Anatomy wedding. We haven’t had a decent Grey’s Anatomy wedding since April and Jackson ran off together (even though that didn’t end so well). Maybe they’ll beat the odds and form a pack of the beautiful babies that they were talking about. They do have quite the adorable house to fill up, after all. Amelia’s been a great aunt to Meredith and Derek’s children, so it’s time that she has some of her own.