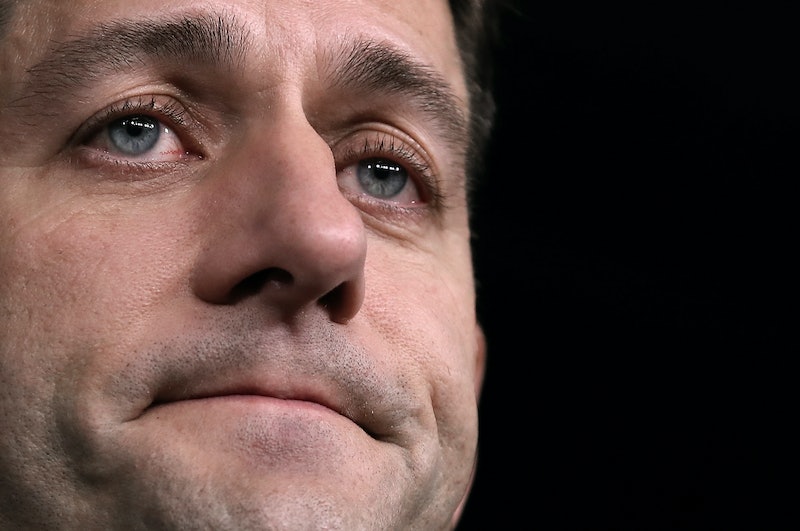 After publicly feuding last week, Donald Trump and Paul Ryan had a pow-wow on Thursday in an attempt to hash out their many differences and unify Republicans ahead of the general election. The meeting didn’t end with Ryan endorsing Trump, but the two men did say in a joint statement that they’re both “totally committed to working together” to make sure Republicans “do all we can do to win this fall.” Translation: Ryan is eventually going to endorse Trump.

The backstory here is that Trump and Ryan, while disagreeing vehemently on a whole bunch of issues, both have incentives to unify the fractured Republican Party before the November election. Trump’s motives are obvious: He wants to win the election and will need access to the Republican Party’s fundraising apparatus in order to do so. That means trying to mend relations between him and the party that he just spent the last year attacking.

For Ryan, the calculation is a bit fuzzier. He doesn’t really need Trump — not to win reelection to the House of Representatives, not to retain his Speakership, and not to promote the conservative policies he holds so dear. Ryan’s desire to patch things up with Trump seems motivated primarily by reflexive loyalty to the Republican Party and the hatred of Hillary Clinton that such loyalty entails.

“The United States cannot afford another four years of the Obama White House, which is what Hillary Clinton represents,” the two wrote in a joint statement. “That is why it’s critical that Republicans unite around our shared principles, advance a conservative agenda and do all we can to win this fall.”

There’s really no way to read this statement as anything other than an indication that Ryan will eventually support Trump. If he believes the United States “can’t afford” a Clinton presidency and that Republicans should “do all we can to win this fall,” that means he wants the Republican candidate to win the election. The Republican candidate is Donald Trump. Linguistically, there’s no ambiguity about what Ryan is saying here.

Politically, though, Ryan’s decision to take this process slowly makes sense. Ryan is the leader of the House Republicans, and while some House Republicans support Trump, a lot of them don’t. By slow-walking this process and making it clear that he has serious reservations about the party’s standard-bearer, Ryan gives the anti-Trump members of his caucus more license to be critical of Trump during their own reelection campaigns this fall.

In theory, at least. In practice, you can’t half-support a presidential candidate — at least, not if you’re one of the most powerful and high-profile politicians in the country. It’s not a tenable position, and sooner or later, Ryan is going to have to take a stand one way or the other. The release of this joint statement suggests that, at the end of the day, he’s going to stand with Trump.