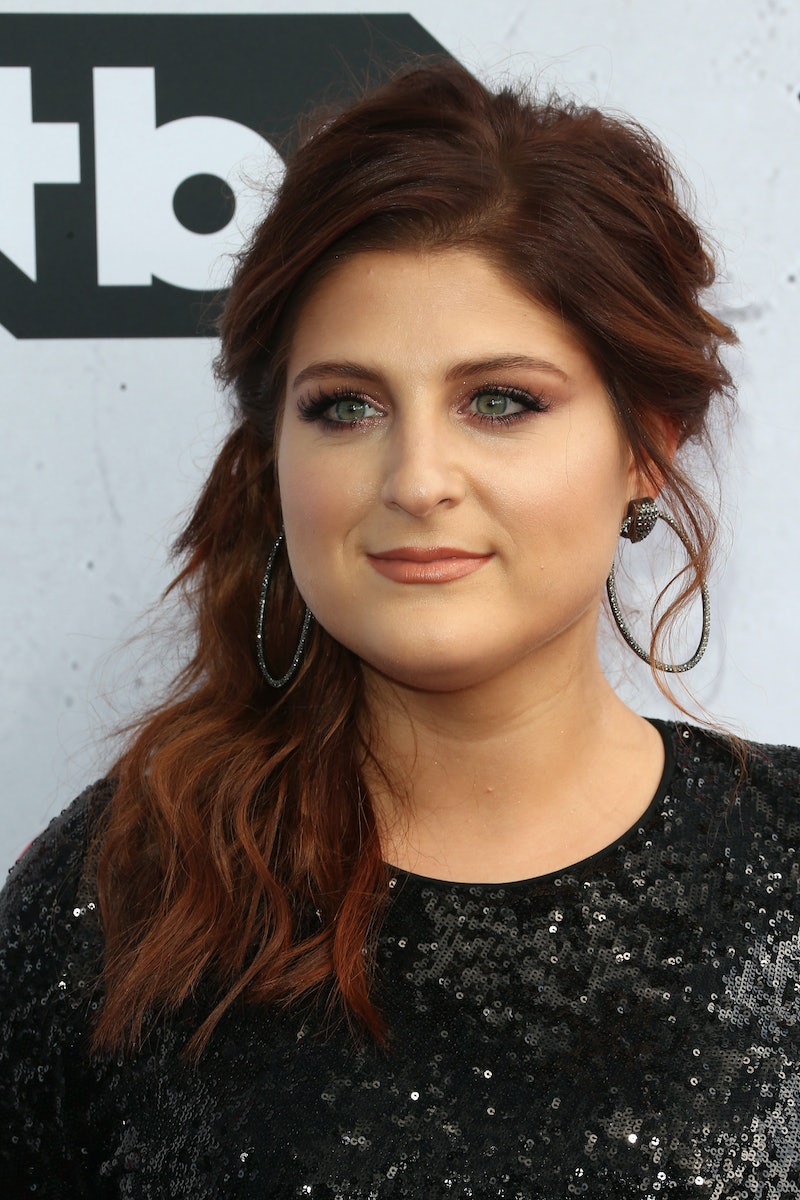 There's nothing that brightens up a Friday the Thirteenth quite like new music... especially from Meghan Trainor, whose new album, Thank You , is officially out Friday. Trainor has been killin' it lately, and her singles thus far have been ridiculously catchy, so her full album is obviously highly anticipated. Trainor has mentioned that her second studio album will be decidedly different than the old school doo-wop vibe she's primarily known for, without abandoning her roots, so fans are definitely curious what she means by that. It turns out, Trainor found inspiration in her guest artists on Thank You, two rappers named Yo Gotti and LunchMoney Lewis, whose upbeat rhymes vibe perfectly with Trainor's new sound.

Trainor is joined by Gotti on the powerful breakup anthem "Better," in which Trainor declares she "deserves better than you," and Gotti agrees, rapping "I think you deserve a king / I think you deserve the world and everything in it," which is pretty much the song everyone needs to hear at some point or another. Gotti may not be a household name outside of the rap world, but he's been around since 1996, having worked with a slew of major acts, including Lil Wayne, Young Jeezy, and T.I.

Gotti released his fifth studio album in February, and lends his talents in a pretty perfect way to Trainor's new sound.

The other guest artist on Trainor's album is relative newcomer LunchMoney Lewis, whose breakout single "Bills" was impossible to ignore in early 2015.

Lewis is an exciting name in the industry these days — he's worked with Nicki Minaj, Fifth Harmony, and Jessie J, and he's showing no signs of slowing down. His collaboration with Trainor, "I Love Me" is a self-confident bop all about the importance of loving oneself, which is totally in line with Trainor's message these days. The song's lyrics are all about embracing self-love, as the pair croons,

Cause I'm sexy and it ain't my fault /I ain't waitin' on nobody's call / You don't want me baby, that's your loss (your loss) /

Thank You is definitely going to provide the soundtrack to my summer, and her collabs with Gotti and Lewis are the perfect addition.