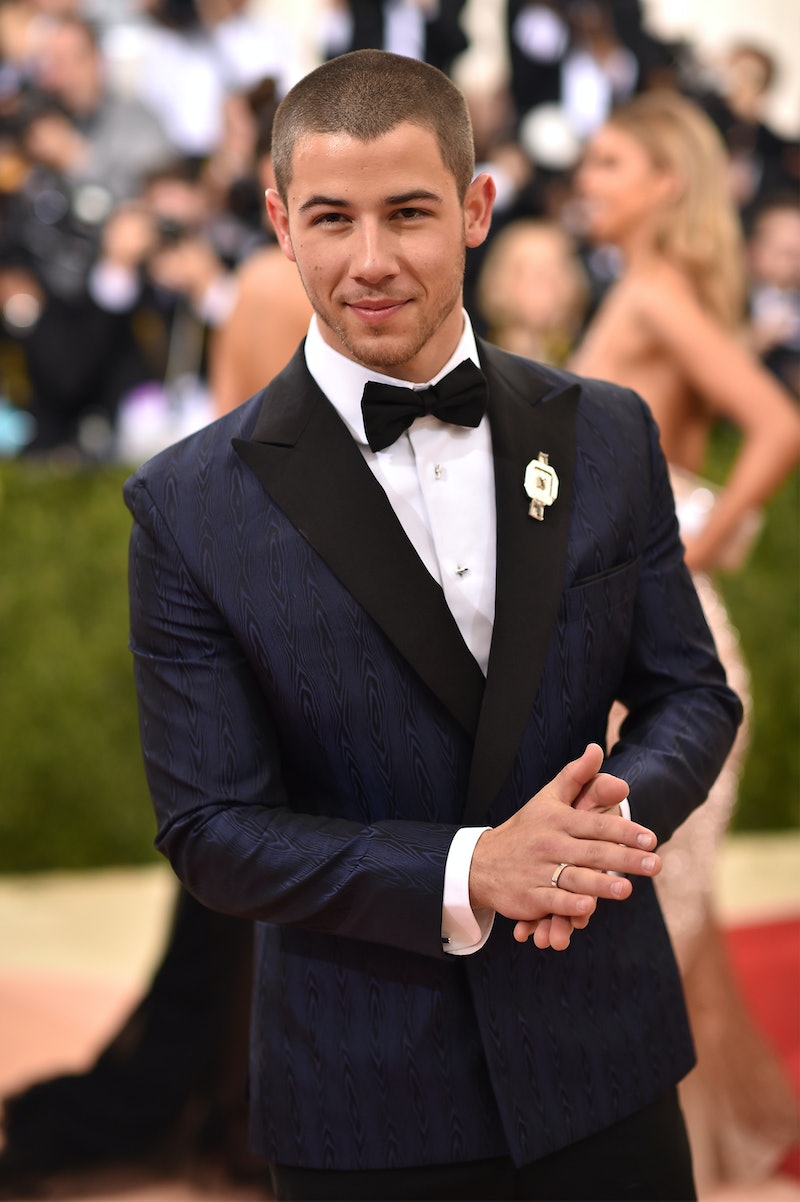 Nick Jonas has never, ever been one to shy away from expressing his feelings. It's one of the reasons I appreciate the guy so much, in addition to his, um, assets and undeniable talent. Still, the candidness may be the more attractive trait in a business that thrives on being disingenuous. So, when a person as open as he is makes a Twitter declaration, saying, "In a couple hours my most personal song I've ever written will be released. #chainsaw." It's kind of a big deal. Naturally, because I'm nosy by nature (and so are you), I'm wondering, if the song is as personal as he says it is, who is Jonas' song, "Chainsaw," about?

You had to know where I was going with that, didn't you? You did. It's cool. Before any real analyzing can be done, though, there are lyrics and the music video to consider. Unless this song is about the antagonist from one of my most feared serial killer films, the title "Chainsaw" doesn't give away too much. Or, anything at all, really.

Here's a particularly telling verse from the tune,

We were building brick by brick

So I'll take a chainsaw to the sofa

Where I held your body close for so long, so long

Why is it so telling? Because the notion of building a relationship "brick by brick" hints at a long term romance. Who was the last official, longterm girlfriend that the singer had? Miss Universe, Olivia Culpo. Of course, this is just a somewhat educated guess. But, if you put these lyrics and the music video together, well... Maybe you should have a look for yourself, first.

As Vogue pointed out, not only does the model in the video, Sara Sampaio, look a heck of a lot like Culpo, but Jonas had told Out Magazine that he based some of the album on the demise of their relationship. Plus, Bustle previously surmised that another one of Jonas' new songs, "Champagne Problems," was also about Culpo. With all that evidence piling up, the answer becomes quite clear. Like, blinking neon sign kind of clear. It appears as though Culpo is the only one who truly fits the bill as the subject of this song. But, did we really think it was about anyone else, anyway? Eh, probably not.

More like this
The 1st Photo Of Priyanka & Nick's' Baby Comes After 100 Days In The Hospital
By Jake Viswanath and Hugh McIntyre
Is Megan Fox Pregnant? MGK Gave A Shout-Out To Their “Unborn Child” Onstage
By Hugh McIntyre
Britney Spears Set A Wedding Date With Fiancé Sam Asghari & Previewed Her Dress
By Bustle Editors
Post Malone Reveals He’s Going To Be A Dad
By Hugh McIntyre
Get Even More From Bustle — Sign Up For The Newsletter