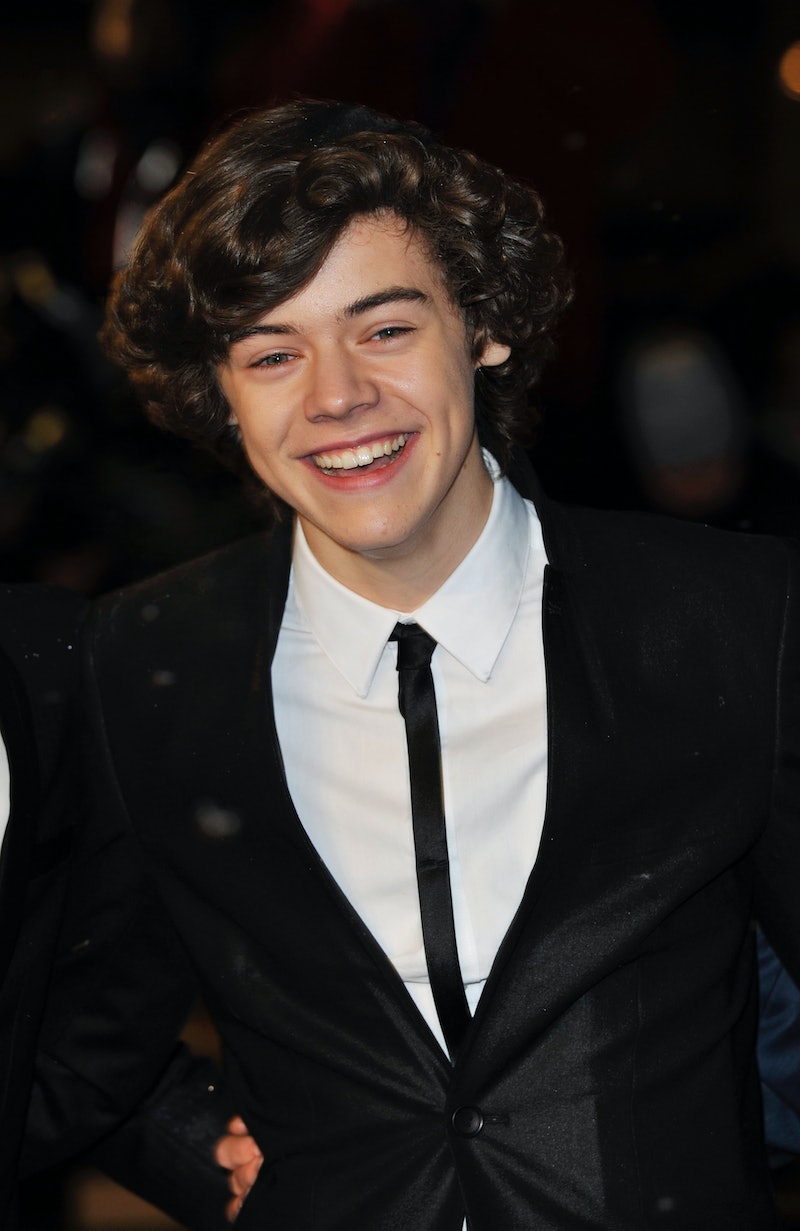 In the wake of the shocking event that was this guy’s latest haircut, it seems only appropriate to go through an extensive Harry Styles hair evolution. Now that the dust has settled, people are finally ready to talk about the hair that once was.

Although, the wound still feels a little fresh given that Styles hasn’t even fully revealed his new ‘do. I mean, he kind of did, but he was wearing a hat. Needless to say, fans still weren’t satisfied with this brief glimpse of his shorter hair. As the world awaits a full-on debut of his new short hair, let’s retrace the steps of these infamous locks, shall we?

Oh, I think we shall! We’re going waaay back here, too, folks. Because it just wouldn’t be doing that gorgeous hair justice if we didn’t go back from the very beginning. It’s been quite a bit since Styles had his hair short, but as these photos will prove, it’s not the first time and it certainly won’t be the last. His flowing tresses will grow back, eventually, and until it does — at least we have these photos of days with longer hair to get us through. Oh, Harry Styles’ hair, long or short, what would we do without you?

Baby Styles kept his hair very short. His bangs were blunt and straight across his forehead, rather than being swept to the side.

He seems like he didn't really want to be posing for this photo. But, he still looks adorable with his short, lighter hair.

He kept a very similar haircut in his early school years, too.

He did start to experiment with a spike-y 'do, though.

He kept with this spiked theme for a little while, too.

Slowly but surely, he stared to grow his hair out.

And those bangs started making their way to the side of his forehead.

The boy band member we all know and love emerged in 2010.

His hairstyle became just as famous as he was.

10. Play With Your Hair, Harry

Oh, how his fans loved to watch him play in his hair.

I didn't mind when he started to add a little more volume to the top of it, either.

2013 marked the beginning of his longer hair.

This longer style didn't look half bad, either.

It was the perfect length for the ultimate hair flip.

Going from his short 'do all the way to shoulder-length hair (that was equally as flawless) was quite the accomplishment.

And he knew just how to style it, naturally.

He's definitely one of those guys who can pull off long hair.

And then, his hair as we knew it ended.

This is the best photo we've got for now.

But, the world is waiting until we can see what his short hair looks like, this time around. Although, I have a feeling the world's going to love it, no matter what.

More like this
Iris Law's Skunk Mullet Is Not For The Faint-Hearted
By Tomi Otekunrin
The Most Extra Party Girl Beauty Looks From The Early 2000s
By Paris Giles
2022's Top Wedding Hair & Makeup Looks, According To Pinterest
By Olivia Rose Ferreiro
The Evolution Of Hair Highlights
By Danielle Sinay
Get Even More From Bustle — Sign Up For The Newsletter