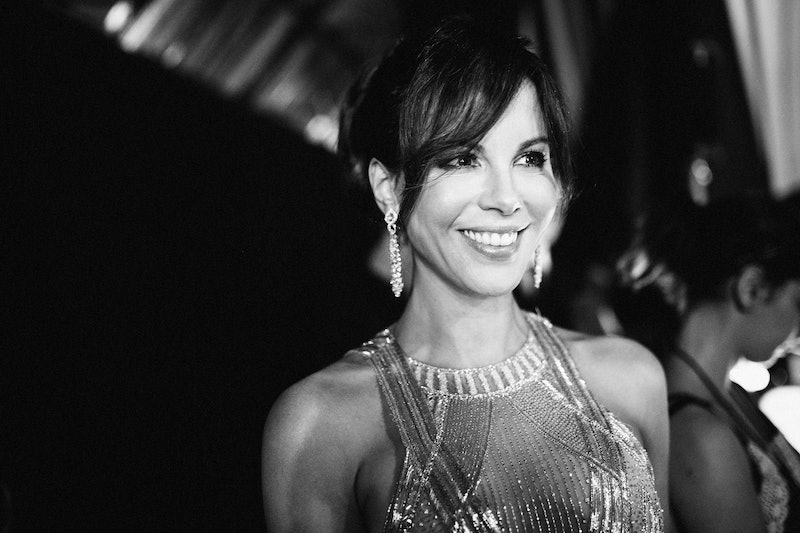 Kate Beckinsale is considered one of the most naturally beautiful women in the world, but honestly, she could care less. Forty-two-year-old Beckinsale has rightfully staked her claim in Tinseltown by bringing her talents to projects varying in nature—from the action-packed Underworld franchise and Van Helsing to romantic stories like Serendipity, and most recently, Love & Friendship. She is a woman who has extraordinary gifts—on and off-screen—but unfortunately, her attractiveness is what commonly gets people talking. And it’s not fair. Bustle got a piece of star’s mind to discover how she feels about the way the public views her and to learn why physicality never has been, and never will be, important to her.

Believe it or not, the stunning star holds the burden of feeling as many insecurities as the next girl, or so it seems. No amount of Hollywood hits has changed that. “I think however you felt in middle school about yourself kind of stays. If you were that person who was super lucky and didn’t have acne and was the queen of middle school, I think you generally feel pretty good about yourself,” she says. “If you were slightly lumpy, awkward, didn’t have your growth spurt in time, probably had your bangs cut by your mother, whatever happens to you later on, you still are kind of carrying that person around a bit.”

While owning her insecurities, Beckinsale realizes that her attractiveness doesn’t go unnoticed by the public eye. Does she wish other aspects of her character were celebrated more often? Absolutely. “It’s nice to be complimented about anything, really,” she says. “I certainly would prefer that to be other things.” And there’s reason. “There’s a part of me that doesn’t feel insanely connected to that because I know that I’m intelligent and a good friend. There’s so much you’re feeling about yourself that’s fairly formed.” The actress admits that when she is complimented on her good looks, she thinks: “Okay, I got away with it again.”

Beckinsale holds a rare and special attitude about personal appearance in a selfie-obsessed world. “It’s something that doesn’t have much to do with me. Your parents are responsible,” she says. “I’m lucky my teeth came down straight. There aren’t many British people that don’t have veneers or braces, and I feel some sort of pride for that given the amount of teasing we get as a nation,” she teases.

Jokes aside, Hollywood can learn an extremely valuable lesson from the actress, who has proven to have much more to offer than just her looks. She realizes that outer beauty will fade.

If you’re having a great moment and everyone’s saying how attractive you are, it’s gonna go away at some point, that’s guaranteed. You can’t latch on to it. That’s the point of having a sense of humor and a good heart, being a good person. They have to be more important because they can stay. It becomes someone else’s turn at some point. You can always have a sense of humor, no one is going to take that away from you.

Oh, and did I mention she studied at Oxford and is fluent in four languages? Beckinsale practices what she preaches and is a walking example of brains and beauty.

Thank god she knows and owns it.