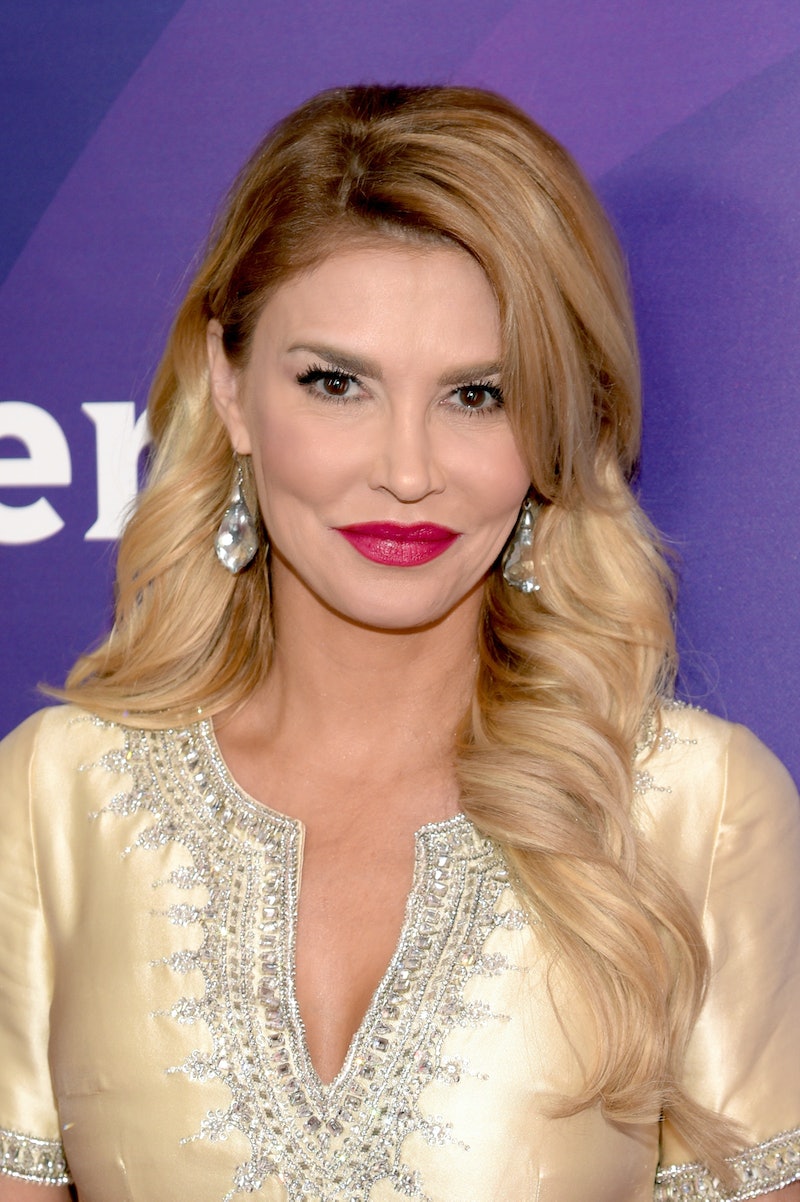 Well, this is certainly one way to get over an ex. On Friday, it was announced that Brandi Glanville and Dean Sheremet will star in this season of My Kitchen Rules, a reality series in which celebrity pairs compete to see who are the better chefs. But these two stars are bound to stir up more than just soup, because as the exes of Eddie Cibrian and Leann Rimes, these two will have a lot more than just drama and a winning appetizer to serve on this new show.

In 2009, Glanville and Sheremet both made headlines when their then spouses, Cibrian and Rimes, were accused of cheating on them... with each other. Sheremet called his wife’s alleged extramarital affair a "f*cking disaster" when speaking with Us Weekly, referring to the fact that his then wife, after a reportedly rocky time in their marriage, allegedly met and fell in love with Cibrian on the set of their Lifetime movie, Northern Lights.

In 2009, Cibrian responded to the cheating allegations, saying publicly that the whole thing was "a fabricated story that is using random snapshots as connective tissue to create a scandalous relationship." But in a 2010 interview with Shape (quote via the Daily Mail), Rimes said that the way she went about ending her relationship with Sheremet was not the right way. She said, "I think any relationship is hard to get out of, and I don't think the way I did it was right."

For Glanville’s part, she hasn’t been exactly silent on her former marriage with Cibrian. The former Real Housewives of Beverly Hills star frequently mentioned her relationship with Cibrian and his alleged extramarital affairs on the wildly popular Bravo show, even sitting down in one episode with a woman who claimed to be his former mistress, Vanderpump Rules star Scheana Marie. Considering both Glanville and Sheremet have been rather vocal about their personal lives, I can only imagine the drama and the dirt that will inevitably spill when they are on set together.

In addition to these two, the other couples participating in this highly anticipated new reality show are Lance Bass and his mom, sibling singers Brandy and Ray J, Andrew Dice Clay and Valerie Silverstein, and Naomi Judd and her husband, Larry Strickland. In the episodes, each couple will take turns planning and cooking for elaborate dinner parties that they other teams will judge.

Sounds like the perfect recipe for a scrumptious reality series.