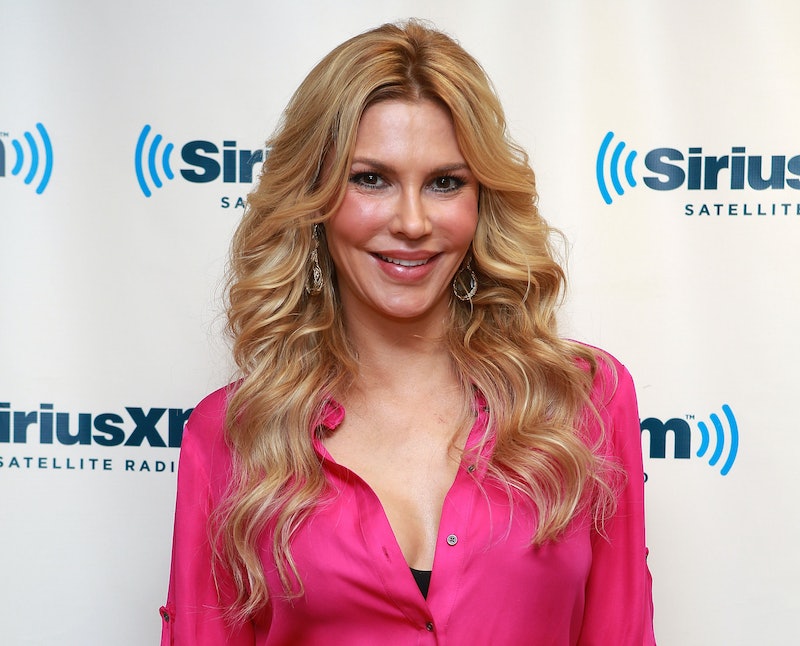 The Jan. 13 episode of The Real Housewives of Beverly Hills wasn't just about current family relations among the Housewives. None other than Brandi Glanville was around to bring up the ex drama. She did it in the most meta way possible: by watching the reality show of her ex-husband Eddie Cibrian.

Ever since we found out that Eddie was getting a reality show with the woman he left Brandi for, cough cough LeAnn Rimes cough cough, we were dying to know what Brandi thought of the show. Unsurprisingly, she has feelings. Even less surprising is that she's not afraid to share them on national television.

We watched Brandi watch the premiere of LeAnn & Eddie as LeAnn and Eddie talked about Brandi. Did you get all that? Good. Now just let the weirdness waft over you.

But you shouldn't think Brandi has any hard feelings or anything like that. Oh no. Yeah, you see she even gave LeAnn a compliment, saying she's a lot prettier than people give her credit for. She also pointed out the obvious: "LeAnn is a count-try music star." Note the emphasis on the first syllable of the fourth word in that sentence. You get it now?

So in case you were wondering, yes, Brandi is still bitter. She was not happy with the meager $1,000 check she supposedly received from Eddie for child support that week. Brandi said it would hardly buy her groceries for the week. Am I missing something, or is that a lot to pay for groceries. Is Brandi only buying the rarest truffles? Are these groceries made out of pure gold? I'm confused.

Brandi's contribution to this episode was basically a bitchfest about Eddie. Since none of the Housewives were together, with the exception of Kim Richards joining Brandi in watching LeAnn & Eddie, I welcomed it with open arms since we were in dire need of some source of drama this episode. Plus, when a man done you wrong like Eddie allegedly did Brandi, a girl deserves a place to vent about it. I'm glad RHOBH can be that space for you, Brandi.