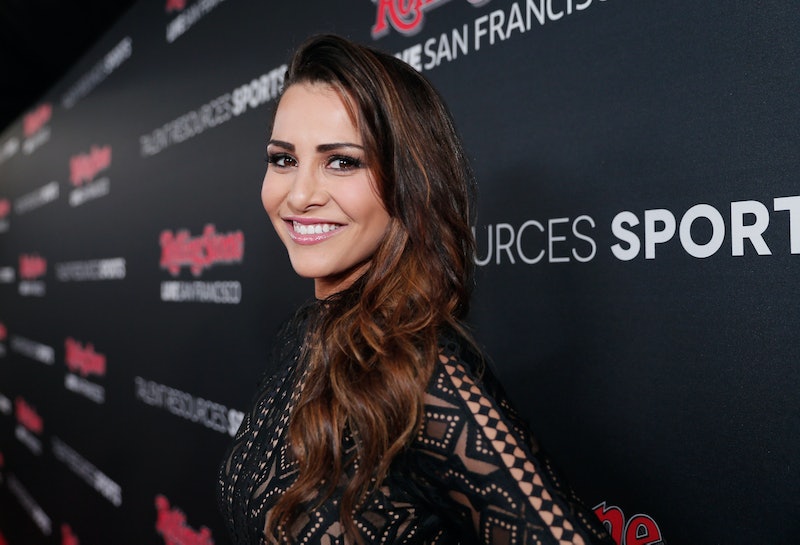 As a longtime viewer of The Bachelor and The Bachelorette, I’m always interested in what happens to the contestants and stars of the show after the cameras shut off. Do they find love? Do they hate each other? Were there any weird post-production hookups? Andi Dorfman went from contestant on Juan Pablo Galavis’ season of The Bachelor to starring in The Bachelorette. She eventually accepted a proposal from former baseball player Josh Murray. Unfortunately, the two split soon after the show ended, Andi moved to New York City, and not much was heard from her former fiancé. Does Bachelorette Andi Dorfman still talk to Josh Murray today?

Luckily for Bachelorette fans such as myself, Andi recently released her new tell-all book, It's Not Okay: Turning Heartbreak Into Happily Never After. In the book, she documents her time with Juan Pablo on The Bachelor, how she fell for Nick Viall and Josh Murray at the same time, and what went wrong with her show-winning romance.

In the memoir, Andi talks about her relationship with Josh, including how Josh was allegedly angry that she had slept with Nick during the overnight dates. According to Andi, Josh used that event to allegedly “call [her] a whore.” Bustle reached out to Josh for comment on the allegations in Andi's book, but did not receive a reply.

When asked if she was worried about what Josh and the world would think of her admissions, Andi tells Bustle,

Of course I’m concerned what people think … to say I’m not concerned I think is a little harsh. That’s saying I don’t care about other people’s feelings, which I do. But these are the stories, and this is what happened, and everyone’s entitled to kind of share their stories, especially once you go on national television.

And now, Andi doesn’t have contact with Josh or Nick — “I’ve definitely moved on with that,” she says. “I don’t really talk to any of them.” Fair enough. I can’t say that I’d want to talk to my exes if I had a very public breakup.

So, she doesn’t talk to Josh or her other Bachelor exes — so, let’s talk Andi’s professional success instead. How does she feel about her book coming out? “I would be lying to say I wasn’t nervous,” she says. “I made a decision a long time ago to put this story out there and do it wholeheartedly… I think you can see that in the book… I keep going back to that decision that I made which was if I’m going do this, I’m going to do it 100 percent and be honest and true and authentic about it.”

Sounds like Andi is doing just fine without that drama in her life. She moved from Atlanta to New York City soon after her season, and it seems like she’s in a really great place now. Best of luck to Andi — I hope she finds love, whether it’s on another reality show or just at her local watering hole. Andi, call me — I'm a great wingwoman.