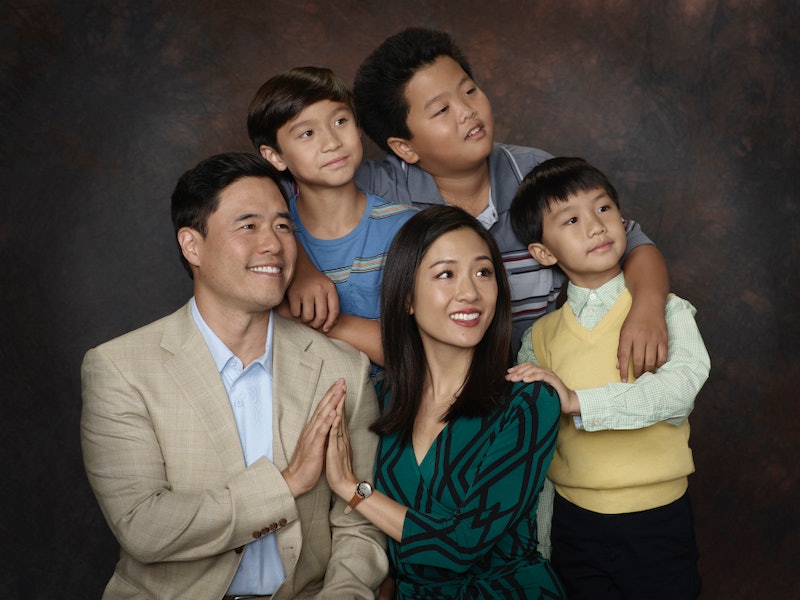 I’m not really much for sitcoms anymore — long gone is the golden age of “Must-See TV,” which was pretty much all sitcoms on NBC — but one show I never miss is Fresh Off The Boat. The Eddie-Huang-memoir-turned-television-series is one of the brightest and funniest shows on TV. The actors are awesome, the writing is on-point, and in Jessica Huang, matriarch of the family, Fresh Off The Boat has created the best new mother on television. With so much going on for it, I’ve been praying that the show will be back soon. When will Fresh Off The Boat return for Season 3?

Yes, I said, "When." ABC announced back in March that Fresh Off The Boat has been renewed for Season 3! Woo hoo! As the networks are still revising and revealing their 2016/2017 fall schedules now, there’s no word as to when new episodes of Fresh Off The Boat will start again, but Season 2 premiered at the end of September, so that's a safe bet. For now, just knowing that they’ll be there for me is somehow enough. The show has covered a lot of ground when it comes to the immigrant experience in America — choosing an “American” name, dealing with home-country holidays while in a new place, feeling othered in a new neighborhood. The beauty of Fresh Off The Boat is that it doesn’t dumb down anything. Sure, it’s funny, but millions of immigrants can relate to its storylines.

And, speaking of storylines, I have a few of my own for Season 3. You know, just in case ABC is looking for any more writers on the show.

What if Louis suddenly decided that faux-Western restaurants were a thing of the past and opts to completely revamp Cattleman’s Ranch into an outer space-themed eatery? Goodbye, giant stuffed bear — hello, astronaut suits. Of course, Jessica would freak out, and her scolding him is mostly what I want to see here.

Jessica Gets Her Own Local Television Show

Jessica, Honey, and Grandma Huang are in the process of flipping a house in their neighborhood, and these three lovely ladies are just prime candidates for a home improvement show. HGTV wasn’t much in the mid-1990s, so I’m thinking a Trading Spaces-esque show with Jessica in charge of renovations. I’d watch that now, wouldn’t you?

In Season 1, Eddie talked about getting a seat at the table so he could make some changes. In Season 3, he could run for class president and — because of his popularity or maybe he stuffs the ballot box a teeny bit — win. What would his first order of business be? What every other elementary schooler would pick — something with vending machines or pizza for lunch.

We saw the death of Grandma Huang’s boyfriend in Season 2, and I think it’s high time she fall in love again. Maybe to marry another time? Joining the Huang family with another family would be hilarious in its own, but can you imagine what Grandma Huang’s wedding would be? Sucking the filling out of Combos while Wheel Of Fortune is playing in the background.

Am I glad that Fresh Off The Boat was renewed of Season 3? Of course. Do I think that these storylines would make it even better? Absolutely.

More like this
Yes, That Is Victoria & Another ‘BiP’ Alum In Zach’s ‘Bachelor’ Trailer
By Kadin Burnett and Grace Wehniainen
Everything To Know About 'RHONY' Season 14
By Jake Viswanath and Alyssa Lapid
Netflix Bumped Up The 'You' Season 4 Premiere Date — Here's What To Expect
By Bustle Editors
'Reasonable Doubt' Season 2 Could Pull Inspiration From This Celebrity Lawyer
By Grace Wehniainen
Get Even More From Bustle — Sign Up For The Newsletter