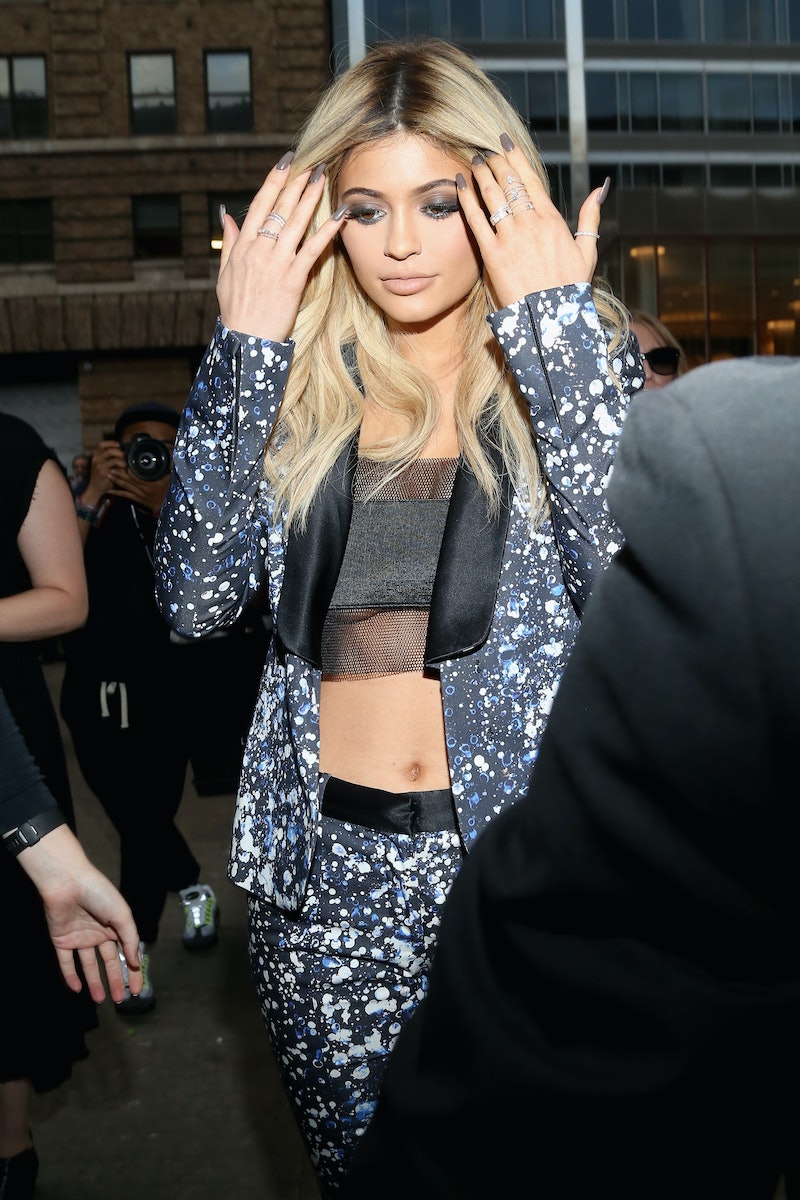 It's been a quite a while since Kylie Jenner decided to give up long nails, but the short nail phase might be just about over. On Snapchat, Jenner asked her fans if she should go back to long nails, and the results were overwhelmingly in favor of the exaggerated trend. The social media star loves to make her fans happy, so that's exactly what she did.

Proving that she's just as indecisive as the rest of us, Jenner took to Snapchat to ask her fans if she should stick with her natural look or give her long nails one more try. In case you don't remember, the Lip Kit creator gave up her long nails because they were "weird." Oh, and she said it was way easier to put on face cream without having to use your nails as a shovel. I feel ya, girl.

But it looks like Jenner has had a change of heart. On her Snapchat video, she showed herself with long acrylic nails already on, debating if she should cut them or leave them at full fierceness. There's a good chance that her Puma nails from her most recent photoshoot could be the reason why she's debating going long again. After all, she did completely rock the trend before.

Whoever she's with in the Snapchat video seems to think that she should try out long nails again, and so do a lot of others. Jenner asked fans to help her decide on Twitter, and while some are rooting for a more natural look, the majority of people want her back to her nail-tastic ways. It looks like that's exactly what she's done.

Here's what people had to say about going long again:

Well, that about sums it up.

Proof is in the pictures.

Not just anyone can pull off long nails, but Jenner can.

Someone's a bit excited about the news. Jenner's nails might be up for debate, but her past looks prove that she really can rock them. Here are some of her best long-nailed looks to refresh your memory.

Seriously how good do those nails looks? They stand out even over her costume.

She didn't always do over-the-top prints, but when she did, she rocked them.

My personal favorite was when she would match with all her friends. It's like a grown-up BFF bracelet.

Am I supposed to be looking at the lipsticks? Because my eyes are on those claws.

Jenner even looked great with bright and bold hues.

The pastels were just as pretty.

Just imagine every colorful wig with long nails to match.

Whatever Jenner decides to do, there's no doubt in my mind she'll look great.