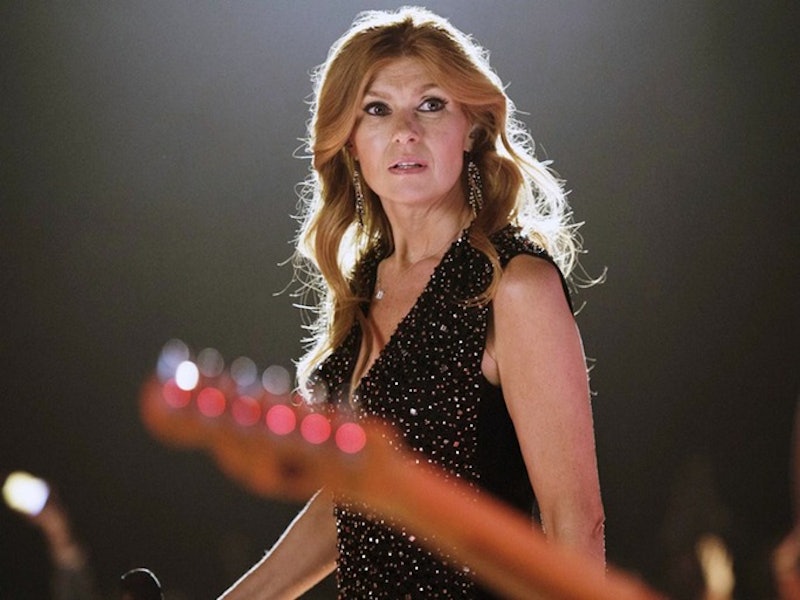 It's been a topsy-turvy couple of days for television shows. There's been mass cancellations left and right, with some simply throwing us for a loop, like Nashville. Happily, there may be a second chance for Nashville just days after it was cancelled. After four soapy, drama-filled seasons, the unceremonious axing left fans stunned. Why? Despite Deadline reporting that new showrunners had been lined up for the fifth season and the show had enjoyed notoriety from its soundtracks, the return of some of the show's stars like Sam Palladio (who has lined up another gig over on Humans ) and Hayden Panettiere (who is now seeking treatment for postpartum depression) combined criticisms that Nashville 's tendency to jump the shark was becoming too frequent to pass notice. This led to Nashville's exclusion from a list of ABC renewals in March and it's ultimate demise over the last week.

Now, almost as quickly as the furore sprung up over this cancellation, word on the street from sources like The Hollywood Reporter is that Lionsgate TV is currently shopping Nashville around to other networks in hopes of keeping the drama alive. Following the lead of the trending hashtag #BringBackNashville, there's hope to save the show from an inevitable eruption of "What just happened?" comments from fans when they see the reportedly major cliffhanger coming at the end of the current season. Second chances don't come often, so where could this show likely find another life elsewhere?

It's not uncommon for a television show to find a new network and still thrive. Remember The Mindy Project's cancellation? After it was dumped by FOX, The Mindy Project found a light at the end of the tunnel in the form of Hulu. Thankfully, Hulu let The Mindy Project retain it's identity. To the show's benefit, Hulu loosened the reigns on what The Mindy Project could do in terms of jokes and story. This same kind of silver lining could await Nashville if they move to a streaming service like Hulu.

If streaming services are indeed the way of the future for television, then Nashville moving to one of the biggies (Netflix, Amazon, and Hulu) might be the strongest option. With greater breadth for story development, Nashville would enjoy the possibility of bigger plot twists and investing in new characters or cameos all while accessing a larger swathe of viewers. It would be especially prudent to move to a streaming platform if only because primetime networks are continuously an embarrassment of riches when programming. To move to a new network would risk incurring some of the same issues Nashville had at ABC.

Do you think Nashville can be saved? Or is it better left cancelled permanently? I, for one, have hope that it can pick the mic back up somewhere else.

More like this
'Who Killed Sara?' Won’t Return For Season 4
By Brad Witter
ITV’s 'Grace' Will Likely Return for A Third Season — & Many More After That
By El Hunt
Everything To Know About The Possibility Of 'The Essex Serpent' Season 2
By Rachel Mantock
Pete Davidson & Kate McKinnon Are Part Of A Reported Major SNL Cast Shakeup
By Brad Witter
Get Even More From Bustle — Sign Up For The Newsletter