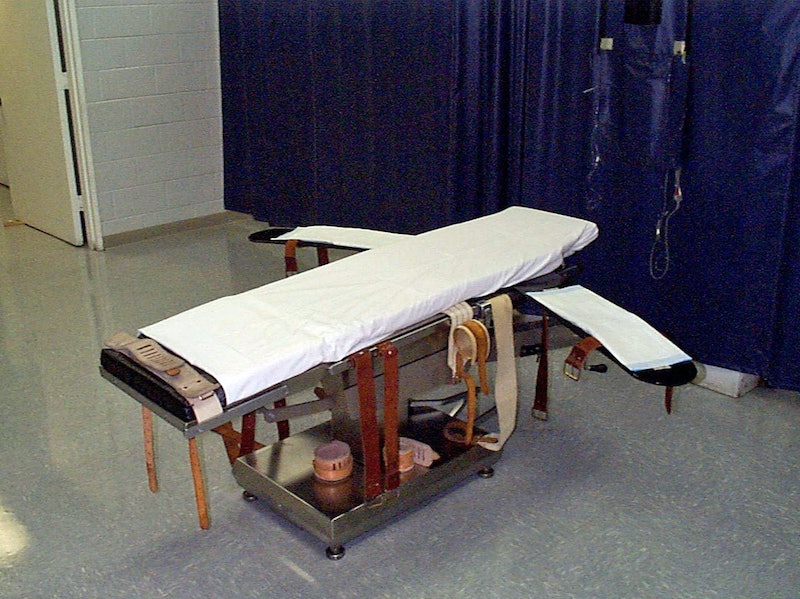 Pharmaceutical giant Pfizer announced a major decision on Friday, one that could have an impact on dozens of states throughout the country ― basically, anywhere where capital punishment is still the law of the land. That's because Pfizer is blocking its drugs from use in executions, imposing new restrictions to make sure that they're not used to produce lethal injection cocktails, and it's not mincing words in explaining why. In a statement released on Friday, the company expressed its objection, and announced how it plans to respond.

Pfizer’s mission is to apply science and our global resources to improve health and well-being at every stage of life. We strive to set the standard for quality, safety and value in the discovery, development and manufacturing of medicines. Pfizer makes its products to enhance and save the lives of the patients we serve. Consistent with these values, Pfizer strongly objects to the use of its products as lethal injections for capital punishment.

As the statement further explains, Pfizer will be adding distribution restrictions to a number of their drugs, ensuring that only a limited number of "wholesalers, distributors, and direct purchasers" are allowed to buy them, and only on the condition that they not be resold for use in executions. The drugs in question include "pancuronium bromide, potassium chloride, propofol, midazolam, hydromorphone, rocuronium bromide and vecuronium bromide."

This is big news, especially considering the recent struggles death penalty states have faced in finding replacement drugs for lethal injections. It's been a big subject of controversy, owing to the secretive nature of the different lethal drug cocktails that have been tried in different states. State governments like Oklahoma, for example, have fought in recent years to reveal as little precise information as possible about the drugs they're using and where they're getting them, in part to try to prevent the kind of move Pfizer made on Friday.

This secrecy has been especially controversial because the drug cocktails aren't always working properly, with several reported incidents of inmates dying slow, apparently painful deaths in the past few years. Perhaps the most infamous example is the botched execution of convicted murderer Clayton Lockett in Oklahoma in April 2014, who reportedly writhed, groaned, gasped for air, and ultimately died of a heart attack more than 40 minutes after being administered lethal drugs.

Given the size and scale of Pfizer, this is a pretty massive shoe to drop. As The New York Times' Eric Eckholm detailed on Friday, Pfizer is now joining with more than 20 other pharmacuetical manufacturers throughout America and Europe in publicly refusing to let their drugs go into lethal injections, and there are reportedly no FDA-approved retailers left that'll still sell them to states.

That effectively means that if death penalty states want to continue the practice, they'll increasingly be pushed towards the fringes, having to forgo the tested, humane (insofar as deliberately killing somebody can be) options that they've had access to in years past.

And whether they can execute people up to a certain standard of humaneness matters a lot from a legal perspective. Otherwise, court challenges centered around the Eighth Amendment's prohibition on "cruel and unusual punishment" could conceivably halt the practice outright someday. While it's obviously too early to make those kinds of predictions, this much is clear: the death penalty is currently legal in 32 states, which means at least some of them are really scrambling around right now.