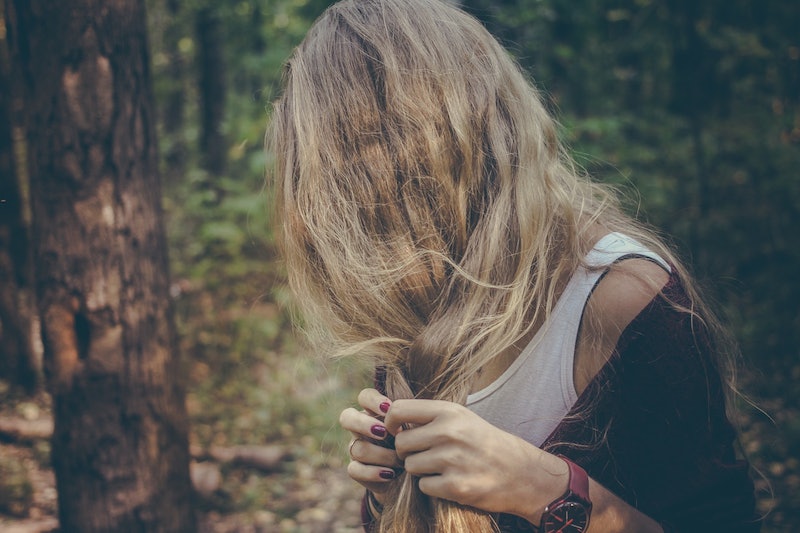 The experience of suffering from a chronic illness is physically painful and emotionally exhausting. We tend to associate chronic illness with the elderly; but while they are the age group most commonly afflicted, plenty of young people also battle long-term health conditions. This presents an additional set of problems — because it can be really hard for peers to understand. They're at the peak of their health and energy, while 20- and 30-somethings with chronic illness often struggle to work normal hours at their jobs and engage in social activities. Another struggle with many chronic illnesses is that many of them are invisible illnesses and diseases, which means they are incredibly difficult to diagnose and the sufferer may outwardly appear to be healthy.

Certain illnesses, like chronic fatigue syndrome, fibromyalgia, and IBS, can only be diagnosed after extensive (and often painful) testing eliminates every other possible ailment. As a result, it can take months for a diagnosis to be reached, and plenty of patients are told during that time that their illness is in their head. This, combined with the fact that they don't "look" sick, means that many ill people internalize what they're told, believe that they must not actually have an illness, and ultimately aren't properly diagnosed and treated. Furthermore, friends and family members may have trouble understanding how someone can be so sick without a concrete diagnosis.

Here are five illnesses to be aware of — they cannot be "seen," but that does not make them any less real or painful for those afflicted.

Between 1 million and 4 million Americans suffer from chronic fatigue syndrome, but less than 20 percent of them have been diagnosed. Chronic fatigue syndrome is a complicated condition that even stumps many members of the medical community, who can't reach an agreement about what exactly the illness entails. At this time, the cause of CFS is unknown. As its name suggests, the hallmark symptom of CFS is extreme fatigue that lasts for six months or longer. Sleep isn't refreshing and rest doesn't help. Although exhaustion is the main symptom, a person must exhibit at least four of the following additional symptoms in order to be diagnosed with the condition:

CFS is notoriously difficult to diagnose because its symptoms are so similar to many other illnesses, including mono, depression, lupus, Lyme disease, and multiple sclerosis. There is no definitive blood or x-ray test, so it can only be diagnosed after all other possible illnesses have been ruled out. CFS is more common in women than men, and it's possible that a genetic predisposition, environmental factors, and stress may place certain individuals at a greater risk for developing the condition.

Because there is no cure for CFS, treatment focuses on alleviating its symptoms and is tailored to the individual and their symptoms. Medications for sleep and depression are often prescribed, and doctors often suggest that patients work with both a physical therapist and a psychological counselor. A physical therapist can help establish a movement or gentle exercise regimen, while a counselor can assist the patient as they figure out how to best live their lives despite the extreme limitations caused by CFS.

This is an incredibly difficult illness to live with — especially because it's widely misunderstood and people who haven't experienced it are often dismissive of how much it impacts one's life to live in a constant, extreme state of exhaustion.

The main symptoms of fibromyalgia are widespread musculoskeletal pain, exhaustion, and memory problems. It's also far more common among women than men, with females accounting for between 80 and 90 percent of the diagnoses. So, it's understandable why CFS and fibromyalgia are often mistaken for one another. And, again, there's no blood or x-ray test that can definitively confirm an individual has the condition. Fibromyalgia is diagnosed when someone experiences widespread muscle pain for over three months and no other medical condition is found — so it's another illness that requires many ailments to be ruled out before a diagnosis is made.

Although it can't be cured, fibromyalgia is most effectively treated when a team of experts works together. Many doctors lack an understanding of the illness, so it's crucial to find one who does and who is willing to actively work with you to alleviate the symptoms. The National Institute Of Health recommends that individuals with fibromyalgia go to a pain clinic that specializes in rheumatoid illnesses. Three medications (duloxetine, milnacipran, and pregabalin) have been approved by the FDA to treat the condition. The symptoms can also be alleviated by a good sleep regimen, regular exercise, and ensuring that your job conditions aren't worsening the pain. (For example, getting a high-quality desk chair and not lifting heavy boxes at the office is key.)

Approximately 1.5 million Americans — mostly women — suffer from lupus, a chronic autoimmune disease that is often misdiagnosed as rheumatoid arthritis or other conditions. The illness is most commonly developed between the ages of 15 and 44 and women of color are two to three times more likely to suffer from lupus than white women.

The signature symptom of lupus is a butterfly rash which appears on the face across both cheeks. However, similar to the bullseye rash associated with Lyme disease, not all sufferers develop the rash, so it's important to be aware of the other symptoms:

There's not one test for lupus — rather, a diagnosis is made after a number of lab tests are conducted, symptoms are assessed, and an extensive physical exam is conducted. The lab tests include a blood count, Erythrocyte sedimentation rate, kidney and liver assessment, urinalysis, and Antinuclear antibody (ANA) test.

Because the symptoms tend to "flare up" and then subside, drug treatments are frequently altered and reassessed based on the patient's current condition. Lifestyle adjustments can allow for a better quality of life — again, a healthy diet, sleep, and exercise regimen can help.

Irritable bowel syndrome is the most common illness on this list, and cases range from mild to severe. IBS, which affects the large intestine, causes painful cramping and bloating. The main symptoms are diarrhea and constipation, although many patients alternate between the two. Although it's a tough and painful illness to live with, the good news is that it doesn't cause damage to the intestines.

IBS affects approximately twice as many women as men, and it's most common in individuals under the age of 45. The exact cause is unknown and, like the other illnesses on this list, there's not one specific test for it. When a patient exhibits symptoms, doctors will run a variety of tests that rule out other illnesses before making a diagnosis of IBS.

Although medications are sometimes used, the treatment for IBS mainly focuses on lifestyle adjustments. Stress often triggers the illness, so cognitive behavior therapy is frequently recommended. Certain foods can also intensify the symptoms, so it's helpful for patients to work with a gastroenterologist in order to identify the best and worst foods to eat when you're suffering from the condition.

Psychosomatic disorders are caused by intense psychological distress — but this doesn't mean the physical pain is in the person's head. It's very real and it's evidence that our mental and physical health are tied to each other way more than people think. Stress, anxiety, and depression can result in severe and chronic, headaches, stomach pain, psoriasis, eczema, ulcers, and heart problems.

Treatment of psychosomatic disorders is tricky because it needs to address the physical and mental aspects of the illness. Ideally, a medical doctor, psychologist, and therapist will all be involved in coming up with a treatment plan. It's key to acknowledge that the physical symptoms are very real, while also emphasizing that stress is making them worse, so therapy is a must. It's crucial to validate a patient's experience — especially after they've seen countless medical tests tell them that there's nothing physically wrong.