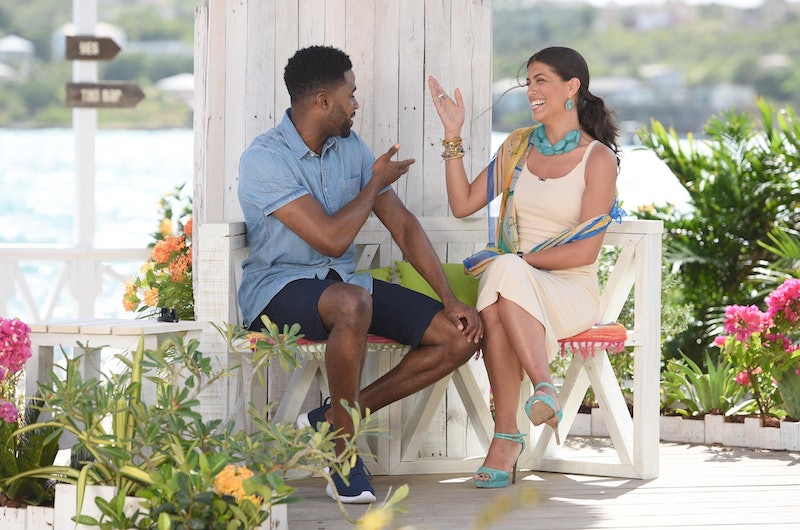 The TV show dating industry has been shaped by The Bachelor and Bachelorette. A group of men or a group of women all vie for the attention of a single subject, who has complete control over who makes it farther in the contest and who doesn't. But the rules of Coupled , a brand new dating show debuting on FOX on May 17, completely changes all of that. While once there was a strict line between the pursued and the pursuers, now, there's a whole different ball game. Now, the contestants get the opportunity to make their voices heard about the suitors.

But, those are just Coupled's innovations — here are the actual rules of the game. Twelve TV-ready women will be staying on a tropical island, where a single man will appear. Instead of all scrambling for his attention, the women will have the chance to decide whether or not they're feeling any chemistry or if they want to wait. If they choose to take a chance, they'll have to start the dating process in front of everyone. If not, they can wait until the next suitor arrives at the island. After the women have decided, the suitor gets to choose from the women who said yes and decide who he wants to keep dating. So, it gives women the initial choosing power in the game.

Rather than a one-size fits all approach to romance, where a whole bunch of people are all expected to fall in love with the same person, there are multiple suitors who will appear over the course of the series. And they get to all do it while hanging out on a beautiful beach. The series that it most resembles is probably Bachelor in Paradise, but while the Bachelor/ette veterans were all familiar with one another from their previous appearances on television, the Coupled cast are all strangers.

According to FOX, once the suitors start appearing on the island, "The real soap opera unfolds as new couples are formed and have to discover whether or not they have the compatibility to make their relationships last. " So instead of the show ending with one couple pledging to trying out a new relationship, watching the dating process is going to be a part of the actual show on Coupled. So, it seems to me that the overall vibe will be less "romantic comedy storyline" and a lot more "Castaway + Tinder horror stories."

By shaking up the formula and changing the way the game is played, putting choice in the hands of both the men and the women in the group, Coupled is poised to become the next delightfully fun dating series of the year.