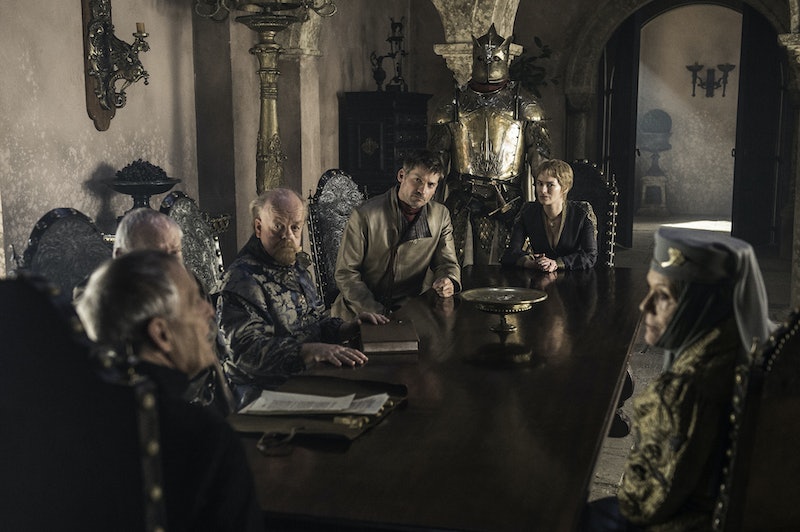 There were plenty of alliances to get excited about and big moments on Sunday night's Game of Thrones, but one that may have gone under the radar is the one between the Tyrells and the Lannisters. With the Faith Militant crushing ths spirits of the Royal Family, King's Landing has been low on action lately, but that's about to change. Who will kill the High Septon on Game of Thrones ? There are so many people who deserve to see him die.

Personally, I hope that it's Margaery. Nothing would please me more than to see Margaery and Cersei put aside their differences and work together to restore order to King's Landing. If the sitting Queen managed to kill the High Septon, the gesture would go a long way with House Lannister. Plus, she owes it to her brother Loras to get revenge.

It probably won't be Jaime. He's slain kings and crippled children for love. It would be too simple if The Mountain killed the Septon, literally and figuratively. Lady Olenna Tyrell has already conspired to kill Joffrey. Would she do it again? I would love it if Tommen (or Loras, who used to be a great Knight) stepped up to the plate, but that would probably end in disaster.

No matter who it is, I am finally starting to feel confident that the Faith Militant's time is coming to a close. If the Lannisters and the Tyrells can finally stop sassing one another long enough to do something, they can probably accomplish quite a bit.