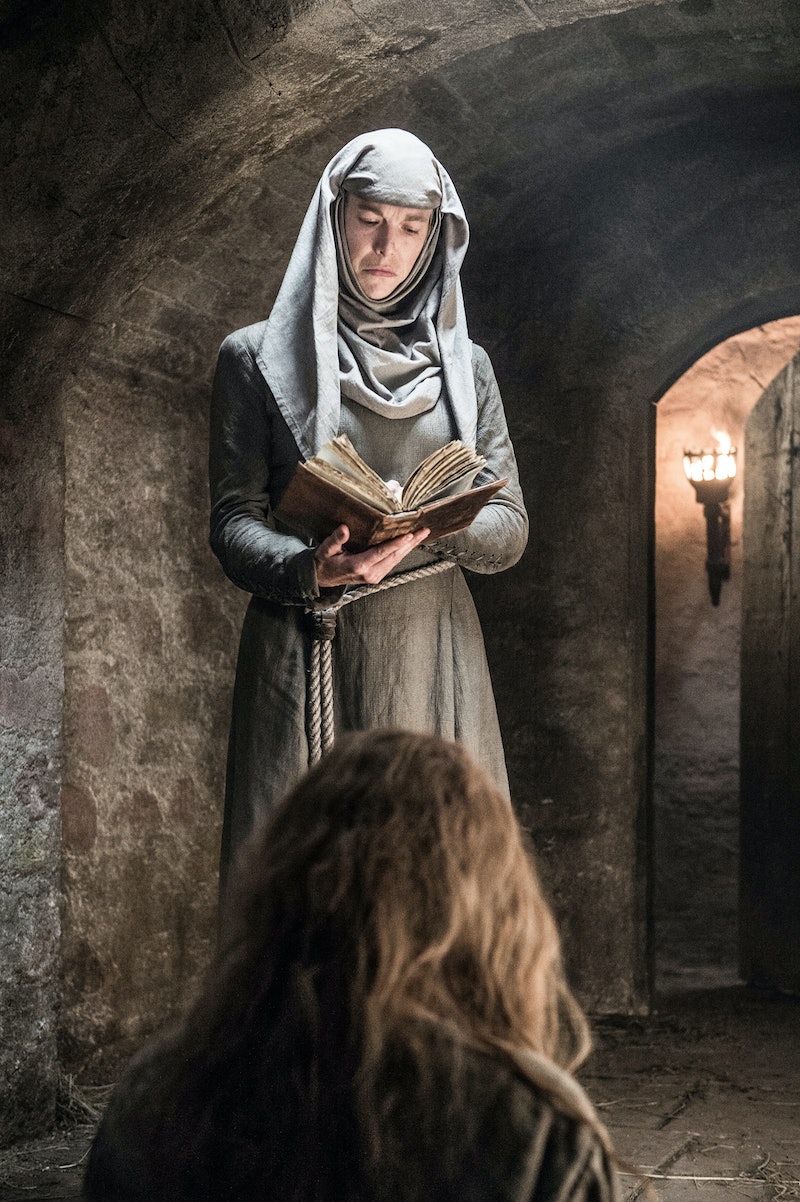 Finally, tonight we got to see a little bit of our Queen Margaery on Game Of Thrones . The High Sparrow decided to give her a brief reprieve from rotting away in a dirty cell, but it wasn't because he is a kind old man and wants to let her stroll out of there with all of her hair just yet. He told her a story about when he was young and sinning all over the place. It seemed like he was trying to relate to her by explaining that he once envied the way that people like she lived. Then he went on to say that his faith was the thing that made him realize his path. He was obviously trying to change her way of thinking and it seems like he was trying to recruit her. When he finally let her see Loras, she seemed intent on them remaining strong and she seemed confident that she could escape her current situation. Will Margaery join the Faith Militant to get out and help Loras?

That could be a tricky plan. She is still the Queen right now. She can't just give that up without a really solid plan of attack. Tommen would surely lose his mind if he thought that she had joined the people who humiliated his mother. What would that mean for them and for his reign? Would he finally be stirred into action? He seems to need a kick in the pants to make any real moves.

Unfortunately, Margaery seems to be the relatively sane half between she and her brother, Loras. He has all but lost his damn mind in those cells. Margaery may have to be the hero here and make a sacrifice to get him out before he completely breaks. She does seem like she is the kind of sister that would do something massive to help her family. Let's just hope she makes the right decision and gets them out alive. We need Margaery back in action.