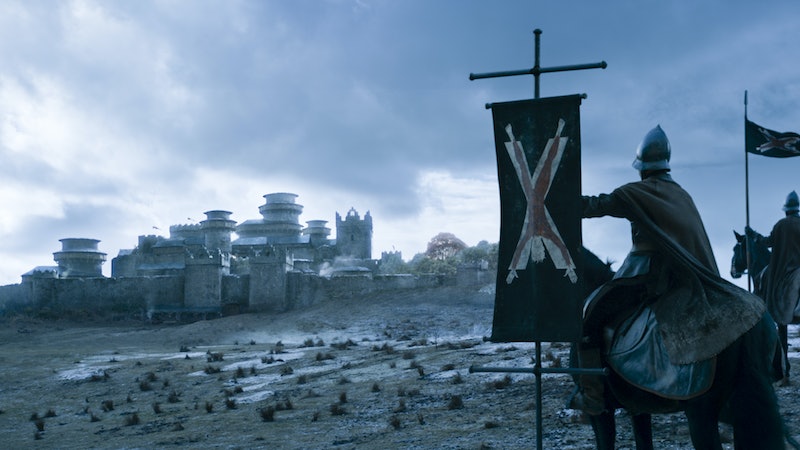 Oh, it's on now. Time for House Stark to rise up. Will Jon Snow die to save Sansa and Rickon on Game of Thrones ? Ramsay Bolton made a pretty direct threat against the Stark family that might require a sacrifice. Wait, what? I certainly hope not. He better not die, not again. Buffy the Vampire Slayer may have died twice, but let's not push it with Jon Snow. My heart can't handle another year like that. Still, it's a valid question — if he's even able to die again, that is. Who knows what Melisandre's magic did for his mortality.

The battle to come between the Boltons and the Starks will surely have consequences. Ramsay is not joking around, and Jon is just noble enough to give himself up in order to save his younger siblings. The one reason I don't think that will happen? Sansa. If Jon dies, people are going to blame Sansa for suggesting that they take back Winterfell — even though it's totally the right thing to do. Nothing would be worse than people doing that. I don't even feel comfortable putting that thought out in the universe. Jon seems so impressed with Sansa, and I would hate to see that moment tarnished.

That said, I'm looking forward to what's coming next for the Starks. I bet you never thought that Rickon, Sansa, and Jon would be the ones teaming up, did you? Let's just hope none of them do anything foolish.