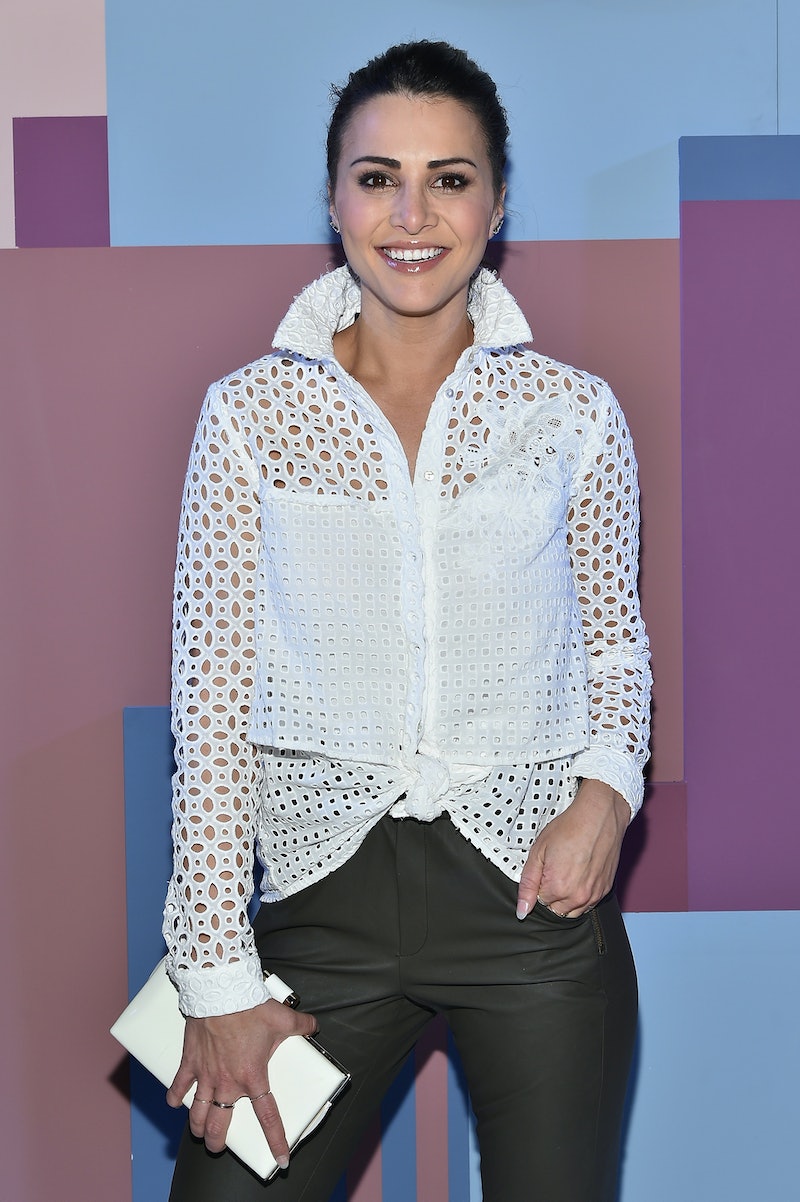 The goal of ABC's The Bachelor and The Bachelorette is to find everlasting love in front of cameras and millions of fans. Unfortunately, love doesn't work out perfectly, which happened to former Bachelorette Andi Dorfman and her ex-fiancé. Why Andi Dorfman and Josh Murray broke up is a subject she writes about at length in her new tell-all book It's Not Okay. She refers to Josh as "Number Twenty-Six" in the book, and writes that she feels one big thing led to their engagement falling apart: The fact that she slept with Nick Viall on The Bachelorette.

The former attorney admits in the book that she and Josh also had sex while on the show, and she calls that night, "The best night of my life." Later, as the show prepped to air the Fantasy Suites, Andi writes that Josh allegedly texted her to ask if she'd slept with any of the other men, saying, "Because if you did, this is over. No way I can handle that." She writes about how she initially kept her dalliance with Nick (called "Number Twenty-Five" in the book) from Josh, but she eventually told him before the Fantasy Suites episode aired on TV. "That one sexual escapade would become a power play used by my fiancé to justify his mistrust in me," she claims. "It would be an excuse to call me a whore. And it would eventually lead to the demise of my engagement."

UPDATE: During Bachelor In Paradise, Josh refuted Andi's claims saying, "I can't comment on specific things in any kind of book that my ex has written, because it's a fictional story. There's stuff that's so ludicrous; how do you comment on stuff like that?"

Throughout Andi and Josh's nine-month engagement, according to Andi's book, "Number Twenty-Six" often expressed intense jealousy. After they got engaged on the show, Josh allegedly requested that Andi never take fan photos with other men, a request that she thought was "alarming." Later on, he once caught her talking to another man a charity event in New York City. "He didn't think it was very funny," Andi claims. "And after he told me I was acting like a 'whore,' I didn't find it funny either."

In It's Not Okay, Andi also writes about how she felt that "Number Twenty-Six" didn't seem to appreciate her tell-it-like-it-is personality, nor her high-status job as a lawyer when the cameras were gone. "As the months passed, I realized that off camera my feisty attitude wasn't sexy, my ambition wasn't admired, and my smart mouth wasn't attractive to him," she claims. "It was very clear, however, that he had no desire for me to go back to being an attorney. I believe 'selfish' is the word he used ... He was adamant about filling the role of the 'manly breadwinner' and paid the majority of our bills."

The end of the road for Andi and Josh came when they returned home after attending a premiere in Los Angeles. She details the intense time they had together on the trip, including the moment that put the final nail in the coffin for her: When Josh allegedly scolded her for not thanking him for making breakfast. "Everything that had been happening between us for months boiled over inside me in that moment and I exploded," she writes. "All I cared about was getting out of Los Angeles and this relationship."

These days both remain single, and seem to be pretty happy. Andi lives a fun life in NYC and just published her first book, while Josh Murray is stepping back into the limelight a little to star on his own reality show. Although the split made fans of the couple sad, it looks like it was the best thing for them, and they seem to be doing pretty well apart.