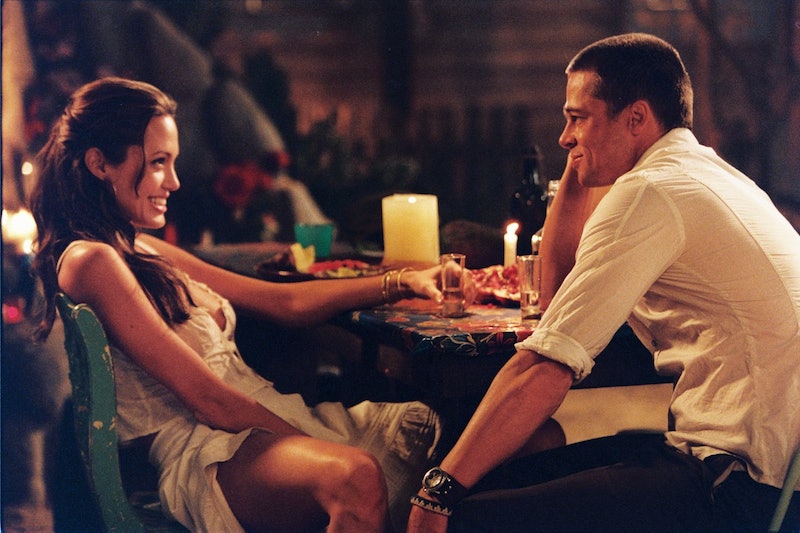 The science of having good sex is a very intricate field. How can you classify "good" sex? Can you trust somebody to report how much they enjoy themselves in bed? Do orgasms add up to better sex than sex without them? And is all satisfaction created equal? It's a tricky series of questions, but researchers are constantly putting on their thinking caps (and sex socks, as we'll discover) to see if there are any guaranteed behavioral traits of the consistently sexually satisfied. And the results can go into some slightly bizarre places.

There's a disclaimer to all scientific recommendations about sexual satisfaction: it's a very individual thing, and any recommendations may not be perfect for you. They're also not going to be automatic panaceas if you're not having a perfect time in bed. If any of these recommendations seem to chime with a lack you've been particularly aware of, then they may offer an opportunity to sort things out. Plus, not every sexually satisfied person you know will do all of these things, or even most of them; there's no recipe for perfect satisfaction. (How good would it be if there were: twenty mins foreplay, one pair socks, two "I love yous," four post-sex tickles, boom, done.)

But here are six habits, in and out of the bedroom, that seem to coincide with a rocking sex life. All scientifically proven to give a bit of a boost.

1. They Have Come & Communicate Frequently

One of the most comprehensive studies of behavior that leads to excellent sex was conducted by Chapman University researchers who released their conclusions earlier this year, and while most of them were pretty intuitive, a few were unexpected. The basic traits of a good sexual relationship, according to the researchers, involve partners who "had sex more frequently, received more oral sex, had more consistent orgasms, incorporated more variety of sexual acts, took the time to set a mood and practiced effective sexual communication" — but the communication involved took specific forms. Expressing fantasies, being clear about limits and talking about libido were part of the mix, but just saying "I love you" during a sexual act was a big signal of healthy sexy times.

2. They're Empathetic & Have High Self-Esteem

In a 2003 study of adolescents, women were shown to have better sexual satisfaction if they were autonomous, had high self-esteem, and had a lot of empathy. This sort of result has led to articles about the importance of complimenting your sexual partner to make sure their self-esteem is sky-high, but the addition of empathy is also significant: listening to and really communicating about issues seems to help sexual satisfaction.

We're beginning to unpack the different ways in which regular meditation practice seems to help sexual satisfaction, and the discoveries are actually pretty remarkable. It seems that couples doing meditation on the regular are more likely to be able to have sex without intrusive thoughts (like, "did I put the washing on?"), because meditation shifts the activity of the brain from the dorsolateral prefrontal cortex to the orbitofrontal cortex, from mental commentary to a more absorbed arousal. It also, according to studies, lowers cortisol levels in the blood, a hormone related to stress levels, and possibly an arousal-buster. Overall, it seems like a good investment for a better sex life.

4. They Don't Get Cold Feet — Literally

True story: since I discovered this I have kept socks by my bed. A 2011 study from the Netherlands on women's arousal in particular found that cold feet are a genuine scientific thing, at least insofar as they prevent proper orgasms. According to the Netherlands study, the number of women able to achieve orgasm in sexual situations increased from 50 to 80 percent once they were supplied with socks. No, really.

There's nothing particularly special about the connection between female feet and the orgasmic brain: it's more a combination of circumstances. Feet are likely to be bare during sex, they possibly don't move much throughout the act, and therefore they're prime candidates to start to freeze. And cold appendages acted as physically uncomfortable distractions for the women in the study, making them unable to lose themselves properly in the sexual scenario and preventing them from getting to orgasm. It's a simple fix, but a pretty radical one.

Providing more proof that feminism is good for you, it turns out that equal chore division among couples leads to a more successful and satisfying sex life. But there's something more to this than just 50/50: the key thing that the researchers of this study, conducted using 1,338 German couples over five years, identified was about perceptions of equality, not real measures of chore division.

The study, which was released by the University of Alberta in 2012, focused exclusively on heterosexual couples and the chores done by male partners, and discovered that if both partners believed the chore division was equal, whatever that meant for their particular situation (kids, no kids, demanding dog, hideously difficult bathroom to clean), their sex life was likely to be rated as highly happy and satisfying.

A study from Georgia State University in 2015 found something similar in a specific situation: childcare. In situations where childcare was divided fairly equally between heterosexual partners, sex was rated at its highest by both partners, but whenever it started to drift towards one side or the other, it suffered. (When dudes did most of the childcare, the women were satisfied, but the men often weren't.) So equality in general in long-term heterosexual partnerships, both perceived and actual, turns out to be the key to sustained excellent sex, or at least one of them.

Post-coital behavior, it turns out, is a crucial part of sexual satisfaction, at least when it comes to communication. A Canadian study from 2013 found that "post-sexual affectionate exchanges," otherwise known as kissing, cuddling, snuggling, and the other disgusting activities that couples get up to after a sex session, are actually essential to the overall sexual rating of the relationship. "People who report engaging in post sex affectionate activities for a longer duration and who feel satisfied with their post sex activities will report feeling more satisfied with their sex lives and, in turn, be more satisfied with their relationship," the researchers reported.

It gets complex when it comes to gender, though. The researchers found that, for women, post-sex affection strongly indicated both happiness in their sex life and happiness in the relationship, whereas for men, the affection levels only really indicated a positive view of their bedroom activities. We're not sure how this applies to homosexual couples (as with most of the science in this area, unfortunately), but it seems like a fairly good bet that you may want to add more post-sex intimacy into your sexual repertoire, alongside the backward cowgirl and spanking.