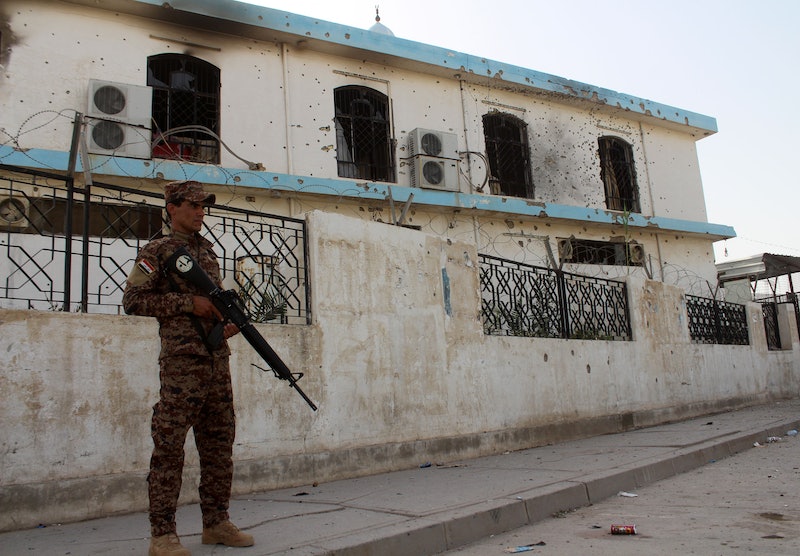 In this globalized world, knowing that our leaders have a successful foreign policy record is a necessity. Following deadly attacks across North Africa, the Middle East, and western Europe, ISIS has become the most immediate global concern on the agenda. In America's 2016 election, presumptive GOP presidential candidate Donald Trump and Democratic frontrunner Hillary Clinton approach ISIS from drastically different angles (though ultimately, both are more hawkish than Obama). For Trump, the answer lies in destroying oil fields and monitoring Islam in America. Clinton is more prepared to send troops on the ground to Syria and Iraq and recycle policies used to disintegrate Al-Qaeada years ago.

According to a survey recorded by NBC between Jan 4 and Jan 10, 34 percent of Republicans believe terrorism is currently the most important issue facing the United States. Though Democrats tend to prioritize the environment, education, and the economy over terrorism, Clinton's experience as former secretary of state put her right in the middle of the debate on how the nation should deal with ISIS.

Before the primaries began, Trump criticized Clinton, along with President Obama and former President George W. Bush, for their foreign policy moves in the Middle East. During an interview with CNN's Anderson Cooper in July 2015, Trump suggested he wasn't ready to spark another war in the region:

The situation with ISIS has to be dealt firmly and strongly. When you have people being beheaded, I would love not to be over there. That's not our fight. That's other people's fight. That's revolutions, that's whatever you want to call it, it's religious wars. I would do things that would be so tough that I don't even know if they would be around to come to the table.

When asked to be more specific, Trump begrudgingly stated that he would bomb the oil fields in Iraq that have been commandeered by ISIS. After the conversation trailed off into several tangential arguments, Cooper spoke with Republican strategist Ana Navarro, who speculated on Trump's foreign policy commentary:

It's Donald Trump-speak, which really is such incoherent discourse that I have a very hard time analyzing it and responding it. I really give you [Cooper] a hell of a lot of credit for maintaining a straight face in trying to conduct this interview as if you were doing it with a normal person. Because I think anybody watching can see that he just goes beyond logical discourse.

Eight months later, in April 2016, Trump brushed up his reasoning and gave a foreign policy speech that condemned Bush's attempt to create "Western Democracies" in Iraq and Afghanistan and offered a more coherent, albeit still vague solution. According to Trump, America needs to stop "importing extremism through senseless immigration policies" to combat ISIS' spread. In the past, he's suggested the government should ban all Muslims from entering the states and keep tabs on mosques. He also stressed the expansion of the U.S. military. Lastly, the real-estate mogul called on more nations to become involved in the fight against ISIS, such as Russia and other Middle Eastern and North African countries who are vulnerable to the infiltration of militant ideals.

Clinton, on the other hand, plans to act less unilaterally. During her speech at the Council on Foreign Relations in November, she called for an intensified approach which would involve more airstrikes, as well as troops on the ground in Syria — something Obama has been hesitant to mandate.

We should have no illusions about how difficult the mission before us really is … but if we press forward on both sides of the border, in the air on the ground and as well as diplomatically, I do believe we can crush Isis’s enclave of terror.

Unlike Trump, she defended the slow trickle of Syrian refugees into the U.S. and has made no mention of treating Muslim immigrants any differently. Referencing the war in Iraq, shse also stressed how necessary it is to involve Sunni Muslims in the fight against extremists:

So the task of bringing Sunnis off the sidelines into this new fight will be considerably more difficult. But nonetheless, we need to lay the foundation for a second Sunni awakening. We need to put sustained pressure on the government in Baghdad to get its political house in order, move forward with national reconciliation, and finally stand up a national guard.

Surprisingly, it's difficult to determine which candidate has a more hawkish agenda. Though Trump seems less willing to actively send troops to the Middle East, he's been heavily criticized for his overtly xenophobic language. Clinton, for example, even called him "ISIS' best recruiter." Similarly, Trump said that Clinton was "trigger happy" and attacked the decisions she made during the War in Iraq — which was largely dictated by Republican interests. No matter which candidate is voted into office, the White House's foreign policy agenda in the fight against ISIS will take a conservative turn.