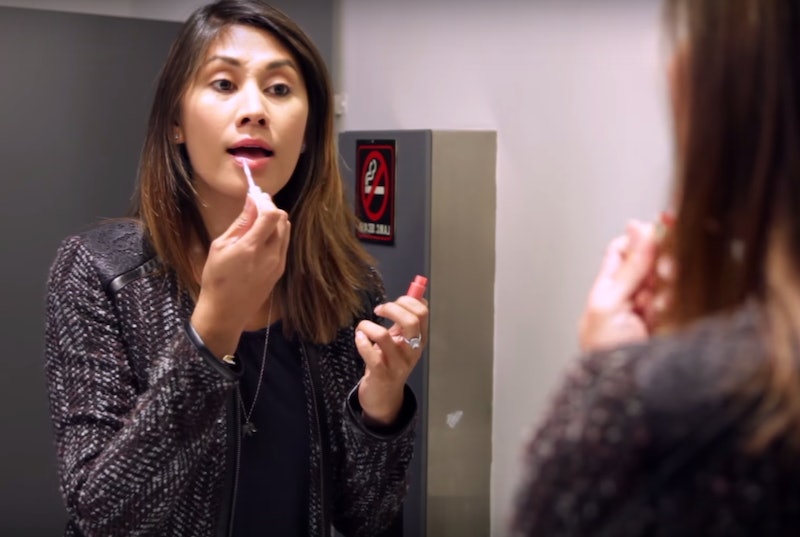 This year, public bathrooms have become a major battleground of LGBT rights, with a number of states passing or attempting to pass laws that would prohibit transgender people from using the bathrooms of their choice. A new video from BuzzFeed reveals what trans people actually do in bathrooms, and the Footage. Will. Shock. You! … Oh, wait. No, it won’t, because it turns out that the stuff trans people do in bathrooms is exactly the same as what cisgender people do.

North Carolina is currently locked in a legal battle with the Department of Justice over a state law requiring that people use facilities that align with the gender listed on their birth certificates when using public bathrooms. This and other “bathroom bills” arise from groundless fears that allowing trans people to use the bathrooms of their choice is dangerous to women and children. Much of the rhetoric surrounding these types of laws paints transgender people as sexual predators; for example, Ted Cruz has said of bathroom bills, “when you deal with people who are repulsive perverts and criminals, you need to —there are some bad people in the world, and we shouldn’t be facilitating putting little girls alone in a bathroom with grown adult men.”

Myths that portray trans people as sexual predators have been roundly debunked, as have suggestions that letting trans people use the bathroom that corresponds with their gender identity will somehow be dangerous to cisgender bathroom-users. If anything, the reverse is true: Forcing trans people to use bathrooms that don’t align with their gender identity in fact compromises their safety. For example, in 2008 and 2009, Jody Herman, a scholar of public policy at the UCLA School of Law's Williams Institute, surveyed transgender and gender non-conforming people in Washington D.C., and found that restrooms were a site of risk. “About 70 percent of the sample reported experiencing being denied access to restrooms, being harassed while using restrooms and even experiencing some forms of physical assault,” Herman told NPR. Forcing trans women to use men’s restrooms and trans men to use women’s restrooms is only going to expose trans people to further danger.

There’s been plenty of fearmongering and speculation about trans people’s bathroom habits, but BuzzFeed reveals the truth of what trans people get up to in public bathrooms:

They wash their hands.

They check their teeth for food.

They deal with pesky wedgies.

Watch the rest of this shocking exposé in the video above.