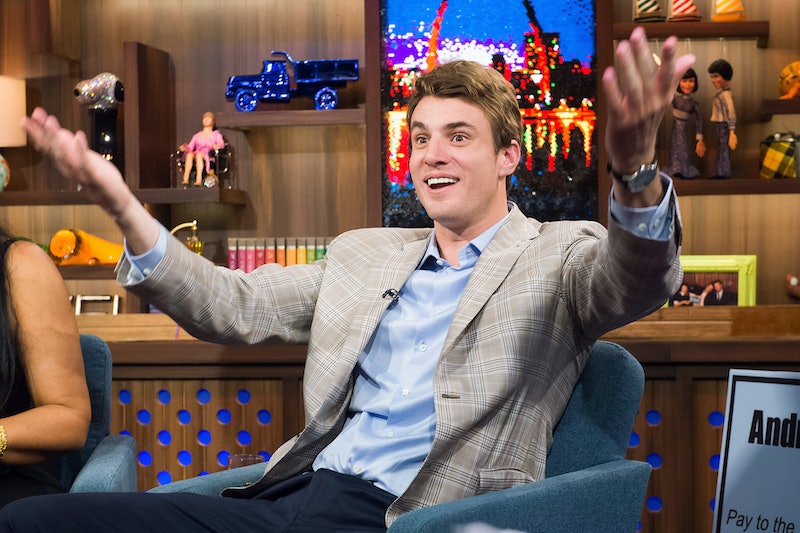 As universal truth-teller and Southern Charm star Cameran Eubanks has said, "Shep’s dating life really just consists of meeting a girl at a bar, taking her home, and kicking her out the next day." On Southern Charm, Shep Rose has made a name for himself as an unattached bachelor and has a decidedly laissez-faire approach to dating. However, a recent interview has lead me to wonder if Shep is dating anyone for real. Even though his romantic life has until this point primarily consisted of hookups and tequila-induced hangovers, there are some indications that the reality TV star could actually enter a serious relationship sooner rather than later.

In a recent interview with Popsugar, Shep pointed out a change in his dating philosophies. “I'm 36,” he said. “I don't really need like a bunch of fangirls coming home with me all the time. That's not what rings my bell. Like in my 20s, I did the whole hook-up-as-a-badge-of-honor lifestyle and it's not really how my philosophy lies these days.” Rose went on to state that he “hopes” to see himself settling down in a serious relationship. So what’s the reason for this apparent new outlook? Could it be that the Charleston charmer has met someone he can see himself settling down with? While Shep has not confirmed a relationship with anyone, there have been a few women spotted on his Instagram that could make fans wonder more about his current relationship status.

The first is Claire Antonia, a South Carolina native who went on a double date with Shep, Craig Conover, and Naomie Olindo a few weeks ago, according to the above photo. They looked cute together, and she seems like someone who would totally get along well with Shep. But then again, who doesn’t get along him? We'll have to wait and see if she pops up on his Instagram again, or was only his date for this night out.

Another woman who has been seen a few times on Shep's Instagram is Bailey Bial, who Southern Charm viewers first met just a few episodes ago, when Shep embarrassed himself trying to balance the attentions of two different women at a downtown bar and again at Patricia Altschul's flamingo party. Besides the fact that the two seem to have some obvious chemistry on screen, if Shep and Bailey's Instagrams are to be believed, the two actually have been spending a lot of time together.

However, just recently on May 2, Shep wrote a blog post for Bravo apologizing for referring to Bailey as "DTF" on Southern Charm, and throughout the post, he refers to her as his friend. "It is in reference to my great friend Bailey who is on the show painting me and generally just being awesome and lovely. My respect and love for her as a friend is immeasurable," he wrote. So it seems that a very close friendship is what explains their time spent together.

So all we know about Shep's current dating life is he recently went on a double date with Craig and Naomie, isn't dating Bailey, and wants to change his ways. We'll have to keep watching Southern Charm this season to see whether his new "philosophy" actually affects his behavior, or if he's the same old Shep.