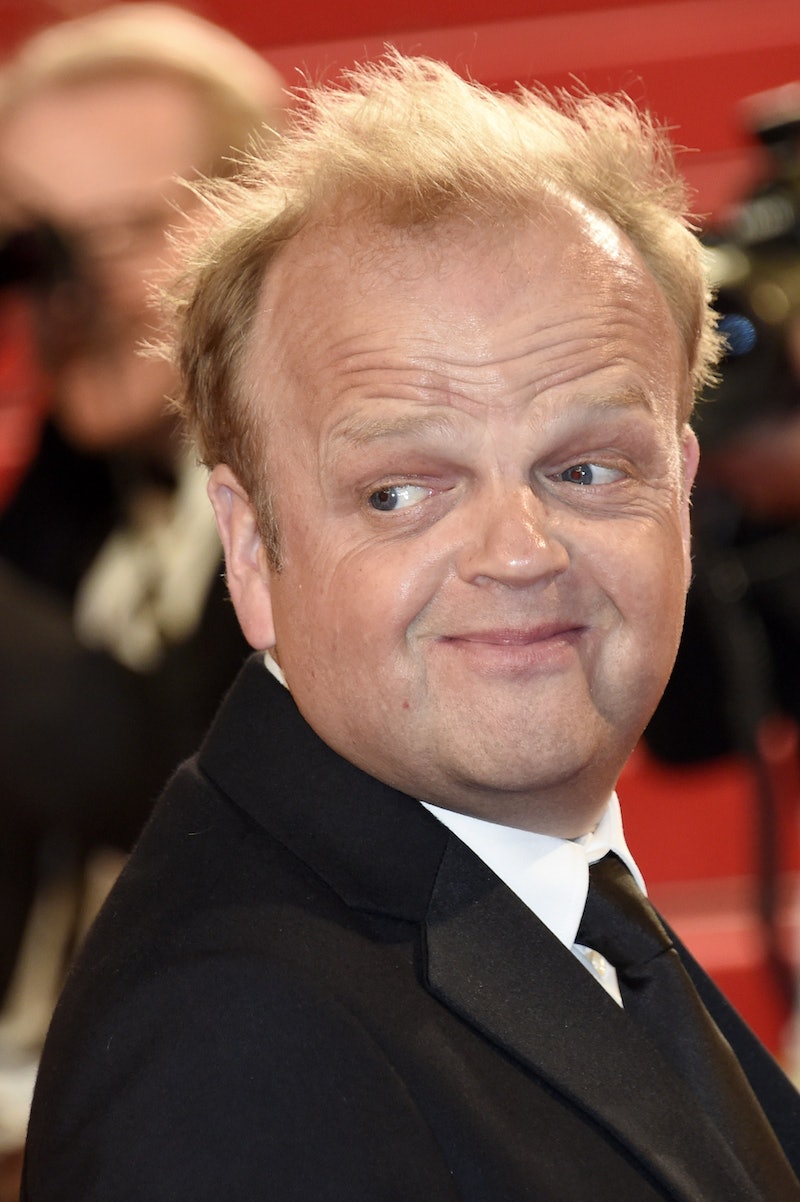 After what will be a three-year gap between the BBC's official third and fourth seasons of Sherlock, Benedict Cumberbatch and Martin Freeman are set to return to continue their modern-day take on the mystery-solving characters come 2017. Now, one very specific actor will be joining the cast as a vital part of Sherlock and John's storyline: Toby Jones will be playing a Sherlock Season 4 villain. However, while there's no doubt in my mind that the Captain America and The Hunger Games actor is cut out for the role of a villain in the popular BBC series, there is still one question about this casting news. Exactly which villain will Jones play in Sherlock?

According to the show's co-creator, Steven Moffat, Jones will be "bringing to life one of Doyle’s finest villains” from the original books. With fan-favorite Moriarty currently out of the picture (being, you know, dead and all), the need for a new villain on the scene is obvious. But, now, all we have is pure speculation to go off of while we wait (even more) for the official word on who his character may be. So, what are the top choices here? It's not like Doyle had a ton of finest villains right? (OK, yes, he did...)

Going off of the most notable villains from Doyle's stories which haven't been seen on Sherlock before, possibilities could include the infamous John Clay, Jephro Rucastle, or perhaps even Henry "Holy" Peter. John Clay is a robber and owner of a pawnshop who will do whatever it takes to obtain his own personal greed, Jephro Rucastle is a rich and sadistic man who appeared in "The Adventure of the Copper Beeches," and Henry "Holy" Peter is a scheming priest who talks church-goers into being overly charitable towards an otherwise unholy cause.

However, if I were to pick a favorite casting choice of mine for the villain in which Jones might play, it would have to be the role of Sebastian Moran. Referred to by Sherlock Holmes as "the second most dangerous man in London," he was Moriarty's right hand man, and he has yet to appear on the show proper. The closest we've gotten so far is the fan theory that he may have been one of the snipers holding a gun to John's head in "The Reichenbach Fall," but that is far from confirmed. With Moriarty dead (maybe), this could very well be Moran's time to shine.

Season 4 is filming now and will be released come early 2017.

More like this
'Doctor Strange 2' Star Benedict Cumberbatch’s Net Worth Is Not An Illusion
By Hugh McIntyre
Remember When Benedict Cumberbatch Announced His Engagement In A Newspaper Ad?
By Hugh McIntyre
Grey's Anatomy Fans Refuse To Accept Kaimelia's Shocking Relationship Update
By Brad Witter
Oops! The 'Stranger Things' Monopoly Game Has Spoilers For Season 4
By Alyssa Lapid
Get Even More From Bustle — Sign Up For The Newsletter