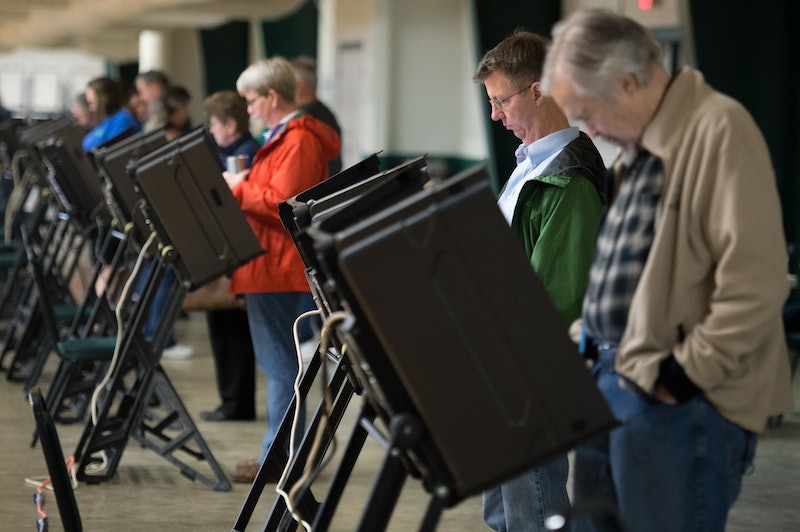 The Oregon primaries on Tuesday will be an important test for voter turnout. The state of Oregon implemented an automatic voter registration system, meaning that anyone in the state age 18 and up who applies for or renews a state ID or license is automatically registered to vote. Associated Press reported that this led to over 52,000 new registrations in the state in 2016. But there are a couple of caveats suggesting that the new automatic registration system might not yield a substantially larger turnout than in 2008, the last year during which both Republican and Democratic nominees were being decided on.

One hurdle for new voters is that, if they were registered automatically, they were counted as unaffiliated. Oregon holds closed primaries, meaning that only voters who are registered as either Republican or Democrat can vote in that party's primary. According to ABC News, only one quarter, or about 13,000, of the automatically-registered Oregonians have changed to a party affiliation that allows them to participate in one of the primaries.

The Oregonian reported that nearly 2,300,000 people are registered to vote in Oregon in 2016, an all-time high. Since September, there has been a surge in Democratic registration of 16 percent. Republican registration increased by 7 percent.

But the big question is: Will these increases in registration actually translate to an increase in turnout? The Oregon primaries are different that others because people don't have to show up at the polls on a specific day; rather, registered voters receive ballots in the mail, fill them out, then place them in drop boxes located around the state or mail them back. The ballots must be received by 8 p.m. PT on May 17. As of May 12, The Oregonian reported that 22 percent of ballots had been turned in, compared to 25 percent at the same point in 2008. Higher registration rates, particularly in a closed primary state, won't automatically guarantee higher turnout.

According to the Brennan Center, half the states are currently considering legislation to automatically register their residents to vote. Vermont, West Virginia, and California have passed such legislation, but Oregon will be the first to actually hold a primary after it has been implemented. The rest of the states will likely be looking to Oregon for an indication of the possible effects, or lack thereof, on voter turnout.

But if turnout is not significantly higher, it may be due more to the closed primary system in the state, along with the newness of the law, than a failing on the part of automatic registration itself.