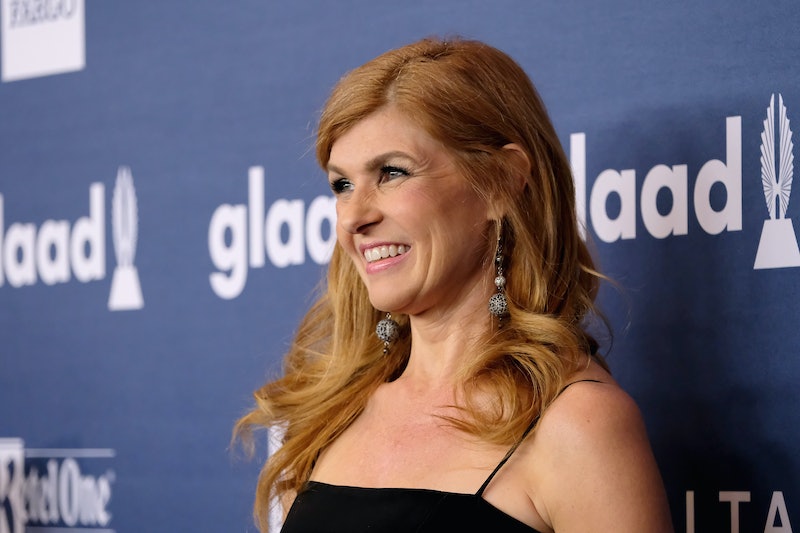 Well, Nashville fans, your queen has spoken. On Saturday, Connie Britton, star of the now cancelled Nashville spoke openly about the devastating news that the country-song inspired series would be shuttering its doors. And, honestly, I think it’s what all fans of the show needed to hear for a number of reasons. For one thing, Britton’s message reminds fans to be thankful for the show’s strong run. But the other thing that Britton’s message gives to fans is a little shred of hope that is so worth clinging to. Because, even though Nashville has been cancelled, what Connie Britton has to say about it will make any fan of the show feel better.

And is it any wonder that an angel like Connie Britton could make a whole legion of grieving fans feel so much better about their favorite show being cancelled? With that magic hair of hers and that soft voice, she could make even the most distraught person feel like the world has something wonderful to offer them. Which is why it was great to hear what Britton had to say about ABC deciding to cancel Nashville after four strong seasons on the air. She spoke exclusively to Entertainment Tonight at the GLAAD Media Awards on Saturday night and admitted that she “was not necessarily surprised” by the news. Still, she said that she has been trying “to really put a silver lining on it and just say, ‘Hey, we got four years out of it.’”

And isn’t that just what fans need to hear? Sometimes I forget, but we all should be grateful for what we have. And, in this case, that is four wonderful season of Nashville to watch on repeat whenever we need to have a little Rayna Jaymes in our lives. So even though I am sad that the show is ending — devastated, really — I can take comfort in Connie Britton’s words. Well, that and the last 12 episodes I have saved on my DVR.

Now excuse me while I go watch them on repeat and cry quietly into my throw pillows.