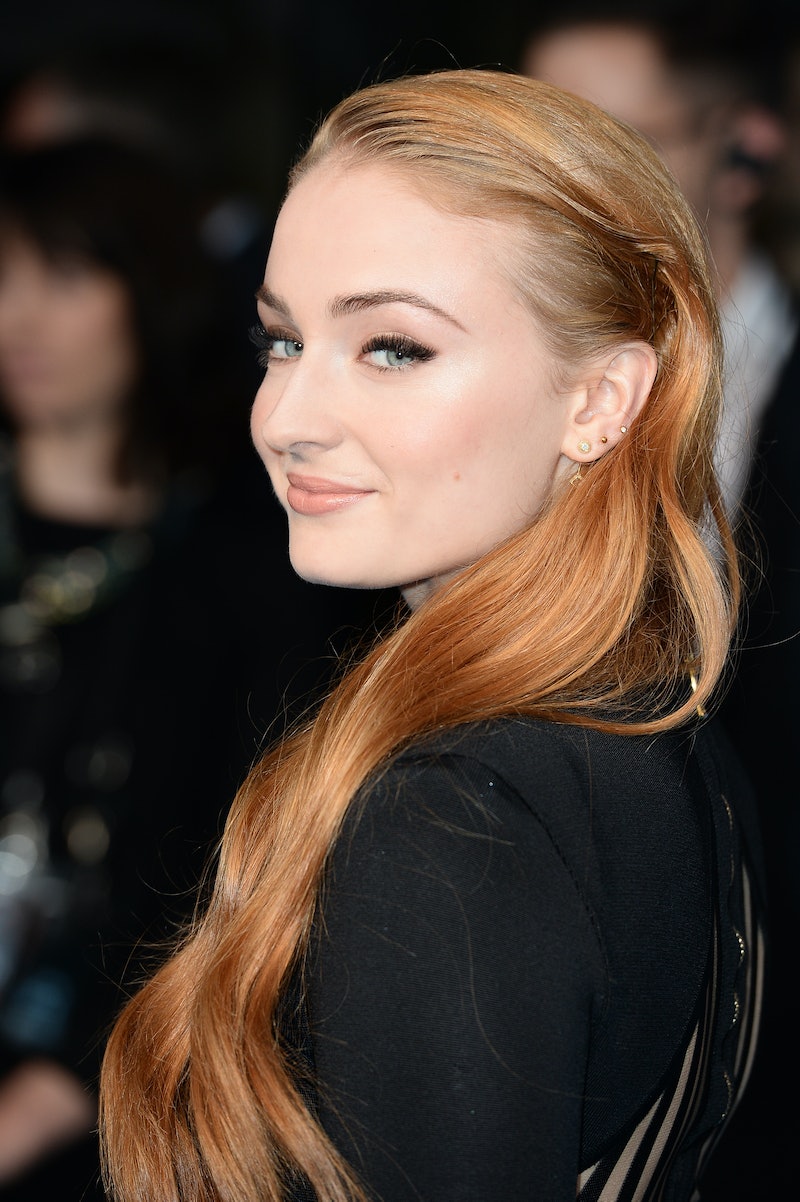 Being that I have been a fan of Game of Thrones since it's start in 2011, I've come to know what to expect from the show. And what to expect is total and utter misery. (You know, only most of the time.) Knowing that it's a show of utter gloom and doom, you would think that filming would be a pretty heavy experience, but you'd be wrong. In an interview with Self, Sophie Turner talked about growing up on Game of Thrones , and it isn't anything like you'd imagine at all. Because, get this, for Turner it was actually kind of humorous.

Taken out of context, this probably sounds like the actor is some sort of Joffrey-like sadist (trust, she's not), but she really did have a lot of laughs on the set of this very dark show. She spoke of her too-cute-for-words friendship with Maisie Williams, and how they both navigated their tweens and teens together on GoT. She told Self, in reference to the raunchier scenes in the show, that during the table reads,

Maisie and I would have little hand signals that we’d make at each other like, "Oop, that’s cheeky." If we scratched our chins, it meant we were finding something hilarious, but we couldn’t laugh, because we were trying to be grown-up about it.

I applaud the girls for being able to handle the awkwardness with whatever coping mechanisms they needed. I'm 25 and I have to get up and physically leave the room when my parents are watching Game of Thrones with me and a sex scene starts. But, even more than their agreement over the "cheeky" aspects of the show, the connection and communication that the girls share is clear.

Turner elaborated on their friendship, explaining how it went deeper than their likeminded, still-developing, senses of humor at the time. For instance, the Stark sisters used to have sleepovers with one another, maintaining that normalcy in a job where nothing is exactly normal. The 20-year-old actor said,

None of our other friends understood what we were going through. It was difficult having everyone treat me like an adult and having my business head on, then going back to school. But Maisie and I had had the exact same journey. So we helped and supported each other.

See? No sisterly disputes or major falling outs in real life, either. In fact, it seems like working on Game of Thrones is sort of therapeutic. Perhaps we all should've found jobs among the cast and crew. It probably would have made watching the show these last few years a lot less traumatizing. I mean, it sure is working for Turner.