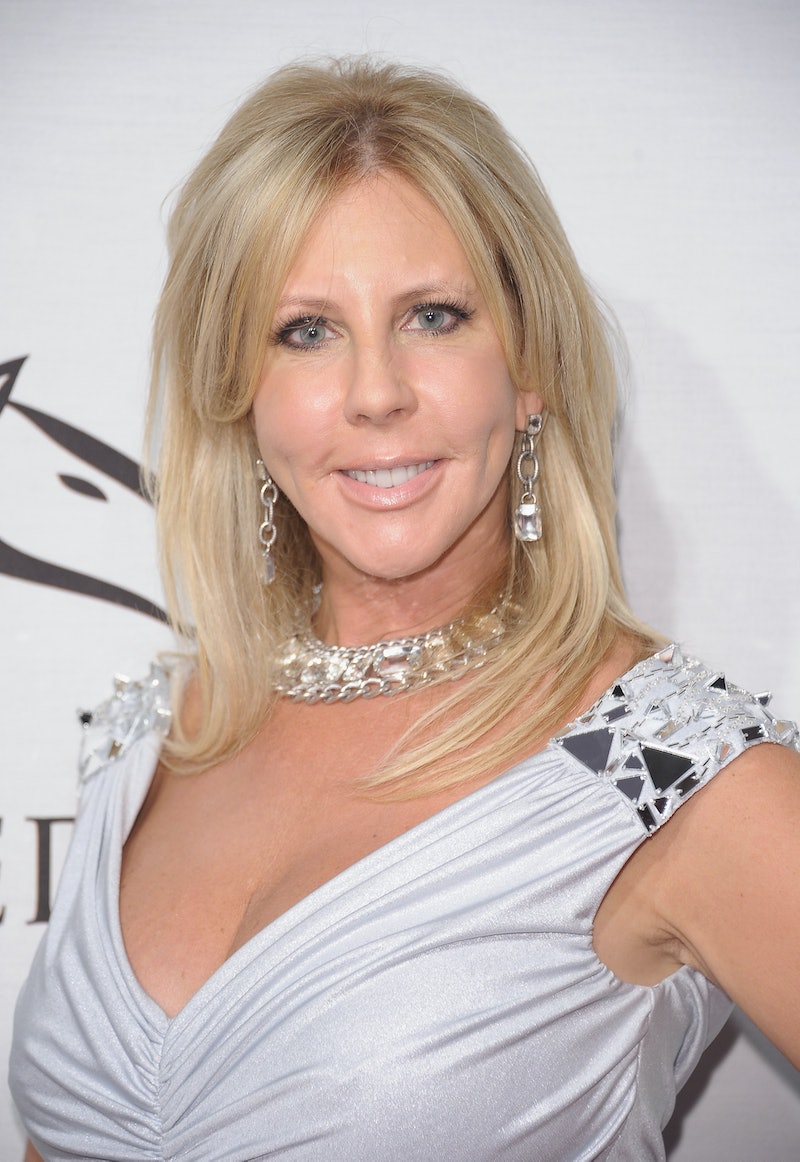 I was wondering what Vicki Gunvalson was going to be like as a single lady on the upcoming season of Real Housewives of Orange County, but I guess I will never find out. It seems like Vicki has had a couple boyfriends recently. In January 2016, Vicki was dating a man named Jack Losey, and now she is posting about a new dude all over her Instagram. I have no idea who this guy is, but it seems like Vicki is in a dating a new man. And it's safe to say that she is into it. Like, way into it. She is super giddy about the whole thing as if it's her first boyfriend. It's a far cry from the drama we saw play out with her previous relationships on RHOC.

According to one of her captions, it only seems like she's been seeing this guy for a month. She did not tag him in any of her posts or mention his name in her captions, but she has made it clear that she is smitten with someone new. I'm sure we will find out who this man is in due time, but for now all we have are some Instagram posts that will give fans more questions than answers.

She Instagrammed A Date Night

I personally feel like it's a little too soon to post a photo with a man after dating for such a short amount of time, but what do I know about relationships anyway? Vicki seems super happy with her mystery love interest.

She Was Pumped To Get A Bouquet Of Roses

It looks like Vicki's love tank is full these days. She went hashtag crazy when she posted a pic of these flowers. She is definitely on cloud nine right now.

She Celebrate A One Month Anniversary

I didn't think that people celebrated anniversaries for anything less than a year after high school, but I guess it does happen. Congrats to the couple! In other news, that card is signed with an "S," so maybe this man's first name starts with the letter "S."

She Introduced Him To Family Members

Vicki's brother and sister-in-law have met the new guy she's dating, so it seems like their relationship is on the fast track.

I'm all for love, and I hope that Vicki is as happy as she seems, but I also hope that she is not pushing this romance along too quickly. RHOC viewers have seen her put some pretty public relationships on display in the past, so I'm cautious for my girl.