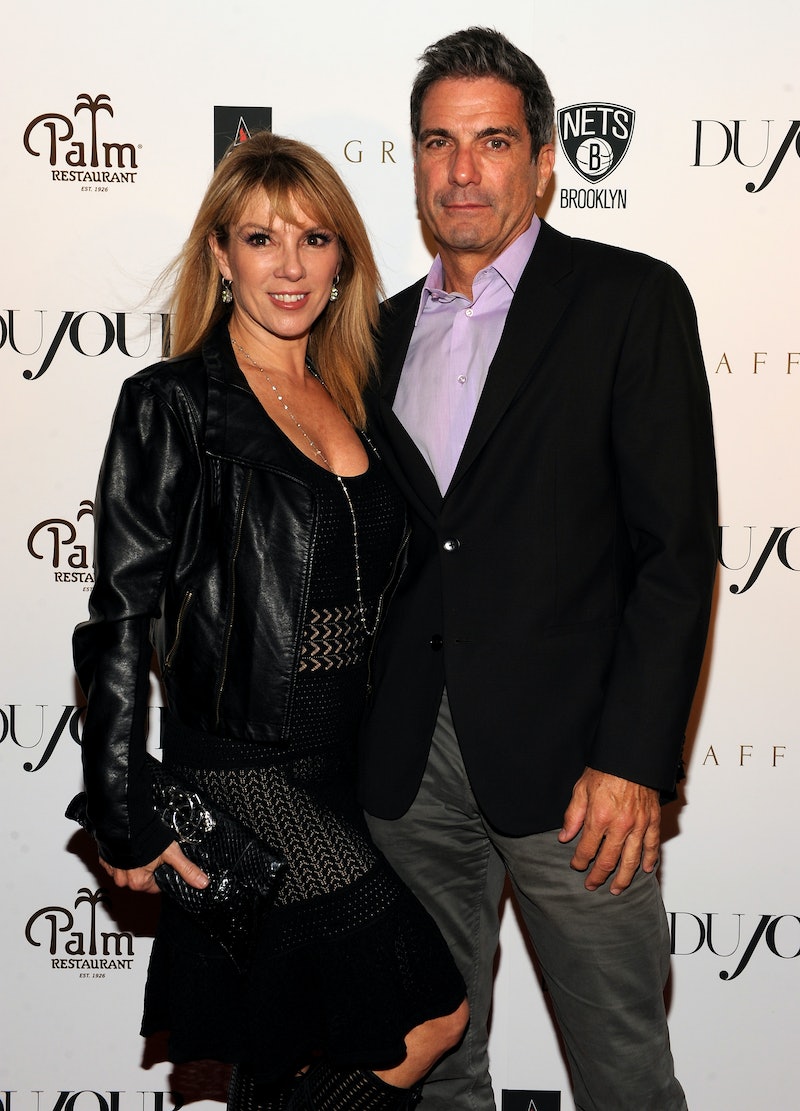 The show may be called Real Housewives, but not all of the women are actually wives. And some who do start out as housewives change course during the series. Unfortunately, fans of the series have witnessed the demise of many marriages. There have been a lot of couples who have split up during their run on Real Housewives , and it's been pretty awkward to watch. The viewers see a seemingly happy couple, then there is some bickering, some shady insults, neglectful behavior, and soon it's pretty obvious why they needed to part ways.

Reality TV has received quite a lot of flack for breaking up relationships, but it can't be the scapegoat here. As I see it, being on television just magnifies problems that have already existed. So, in some cases, being a part of Real Housewives probably sped things along where couples had a breakup that was more beneficial than sad.

Sometimes the fierce ladies of Real Housewives are just clearly better off single. Nevertheless, it's still a bummer to see these long term couples split up and be in such a tough situation under the scrutiny of the public eye. It's sad to say, but there have been quite a few major break ups over the years within the Real Housewives franchise that took place — in some part — right on the show.

This split is the one that hit me the hardest. It's the only one that I couldn't see coming. The Fosters were always so happy and fussing over each other, so the announcement of their divorce definitely had a profound effect on fans. This one hasn't played out on RHOBH yet so only time will tell how it's portrayed.

If you watched Real Housewives of New York City from the beginning, you know how exciting it was to see everything happen for Bethenny Frankel, including her career, marriage, and decision to have a child. But then things turned ugly when they spit up, which lead to an intense court battle. We did not get to see the actual break up go down on TV, but we have seen Bethenny struggling to figure out her divorce on the last season of RHONY. Among the drama? Custody of Brynn and control of their apartment. Bethenny even infamously referred to herself as the "richest homeless person" as a result.

Ramona Singer was all about her relationship with Mario. They even randomly had a vow renewal for the 17th wedding anniversary, which was shown on RHONY. Needless to say, fans were shocked to hear about them splitting up. Ramona refused to talk about it on the Season 6 reunion, but during Season 7 she was very open about what happened and finally admitted that the cheating rumors were true. She's not letting that get her down though, and if you watch Season 7 you saw her looking for the "hot guys!"

Vicki and Donn's breakup was so sad to me. Sure, they were having their problems, but things seemed to be back on track after their televised vow renewal (apparently the kiss of death). Donn was always upset that Vicki prioritized work over him and their marriage just deteriorated on screen. Not only did we have to see them break up, but this initiated the start of the Vicki and Brooks era, which none of us ever wanted. Can Vicki and Donn just please get back together?

It's safe to say that I'm speaking for all the RHOC fans when I say that I hope this one sticks. I hope more than anything that Vicki and Brooks are broken up once and for all. She has claimed numerous times that they broke up, only to end up "secretly dating," but since they were on a reality show this did not stay at all private. They were so up and down and in all honesty this was one of the worst relationships in Real Housewives history.

In the nicest way possible, I am happy that Tamra Judge and Simon Barney broke up and that's because she found a way healthier relationship with her new husband Eddie Judge. Tamra and Simon were always arguing and it was pretty uncomfortable to watch. Then she got a tattoo in his honor as a last ditch effort to save their relationship, which is obviously never the best idea. He was not into it. Then the Barneys actually broke up on camera when an argument about Tamra's s friendship with Vicki pushed them over the edge. I'm so happy we that we are now living in the Tamra and Eddie era now.

Adrienne and Paul always had this dynamic where they would banter and bicker, but I just thought it was a cute little thing they did. I never thought they were going to divorce and I miss seeing them both on Real Housewives of Beverly Hills. The end of their marriage was beyond awkward with Adrienne getting served with separation papers on the same day as Lisa Vanderpump and Ken Todd's vow renewal. Since then, Adrienne moved on with a younger man and Paul became a reality star on his own with Botched .

Watching the demise of Camille and Kelsey Grammer's marriage on the first season of RHOBH was so sad. I will never get over watching Camille accompany Kelsey to the Tony Awards when she knew her marriage was over and he was leaving her for another woman. It was beyond heart breaking, but Camille is better off. She was able to rise from the ashes of that marriage to become one of the most loved Real Housewives.

It is a little bit unclear what's happening with these two. They are not together, but there is nothing happening with a divorce, at least not yet. It was so awkward watching them slowly stop communicating with each other. On Real Housewives of Atlanta, Apollo even confronted her at a music video premiere party because he felt it was his only chance to talk to her. And then they got in a heated exchange in the garage on the day Apollo was supposed to report to jail. For now,, Apollo is serving his sentence and Phaedra is raising their two children and continuing to appear on the show.

Porsha was so different when we first met her on RHOA. Porsha was a devoted wife to Kordell Stewart and was super conservative with her wardrobe and point of view. On the show, she claimed that she was surprised by the split because she only found out about it on Twitter without him giving her any warning. Now she's done a complete change as the self proclaimed "Princess of Thotland", and I have to say that she seems a lot more positive and like she's being herself. Plus, selfishly, single Porsha makes for much better television.

The break up between NeNe and Gregg Leakes actually had a super cute outcome. These two went through a divorce only to end up getting remarried again, and now they seem happier than ever. We got to see it all of the ups and downs of this relationship: the demise of their marriage, the attempts to make it work, we even saw NeNe in a meeting with her divorce lawyer. And then once we got used to them not being together, they got reunited and lived happily ever after. (And yes, their second wedding was on TV, too.) Sometimes you just don't appreciate what you have until it's gone, and maybe NeNe and Gregg's temporary breakup was necessary in an unconventional sort of way.

For a franchise called Real Housewives, it's ironic how many of these women are not actually wives anymore, but there is absolutely nothing wrong with getting out of a situation that is not working. Whether they're single or in a new relationship, these women will have the Real Housewives title forever.

More like this
Taylor Armstrong Would “Definitely” Return To RHOBH After Her Season 3 Exit
By Brad Witter
Which RHODubai Housewife Has The Biggest Net Worth?
By Hugh McIntyre
‘RHOA’s Shereé Whitfield’s Boyfriend Tyrone Gilliams Hinted He’s Single
By Brad Witter
RHOA’s Kenya Moore Said Her Friendship With Marlo Hampton Is “Too Far Gone”
By Brad Witter
Get Even More From Bustle — Sign Up For The Newsletter