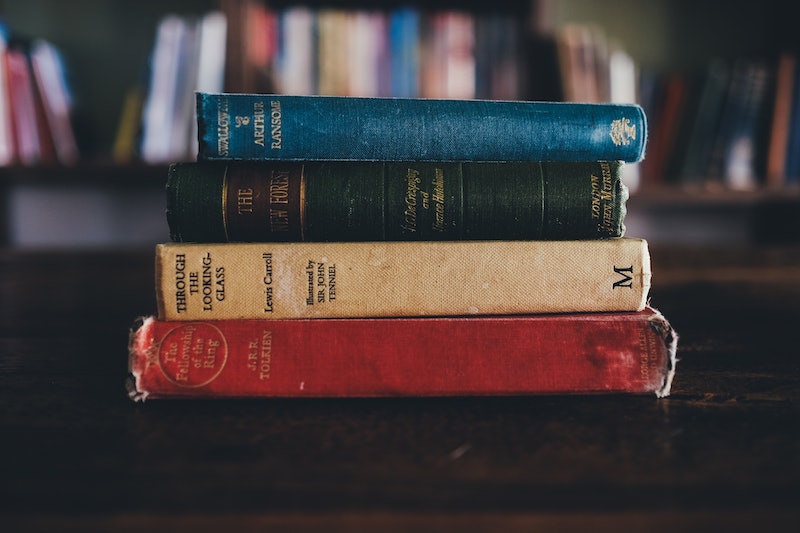 Heads up, book nerds. Science has finally revealed what makes old books smell so good. So now, at least, we have an idea as to what scents might be in those colognes and scented candles.

We've known for a while now that old book smell comes from the natural decay of the things a book is made of — think paper, leather, fibers, ink, and glue. These components break down over time, as the result of oxidization, which can be sped up or slowed down with exposure to different levels of light, heat, and moisture.

When oxidization occurs, book materials release volatile organic compounds (VOCs), which create the old book smell we know and love. Those VOCs and their scents include:

So these chemicals, combined, are what make old books smell so good. But what about new book smell?

The scent of new books comes from the same basic building blocks as that of older volumes: paper and binding materials. However, while the VOCs released as these elements break down remain largely the same, the chemical compounds that influence the way new books smell do not.

That's because the paper, ink, and other materials used to create books differ from publisher to publisher, and even from title to title. Compound Interest gives a "very rough overview" of the paper-making process for new books:

The manufacture of paper requires the use of chemicals at several stages. Large amounts of paper are made from wood pulp (though it can also be made from cotton and textiles) — chemicals such as sodium hydroxide, often referred to in this context as ‘caustic soda’, can be added to increase pH and cause fibres in the pulp to swell. The fibres are then bleached with a number of other chemicals, including hydrogen peroxide; then, they are mixed with large amounts of water. This water will contain additives to modify the properties of the the paper — for example, AKD (alkyl ketene dimer) is commonly used as a ‘sizing agent’ to improve the water-resistance of the paper.

Because the components of each book will differ, the scent of new books is much more difficult to define than old book smell. However, we do know that new book smell comes from paper and the chemicals used to treat it, as well as from adhesives and inks.

Unfortunately for those of us who love the smell of old books, it might soon disappear. Because the paper used to make books today contains much less lignin — the plant polymer that causes paper to turn yellow with age — than those bound in previous decades, when our contemporary favorites become classics, they won't smell like your fragile copy of East of Eden .

If that totally bums you out, don't worry. There are plenty of perfumes, candles, and other scented products out there to make you and your home smell as good as an old book. But maybe don't try to infuse that smell into your copies of Harry Potter, eh?