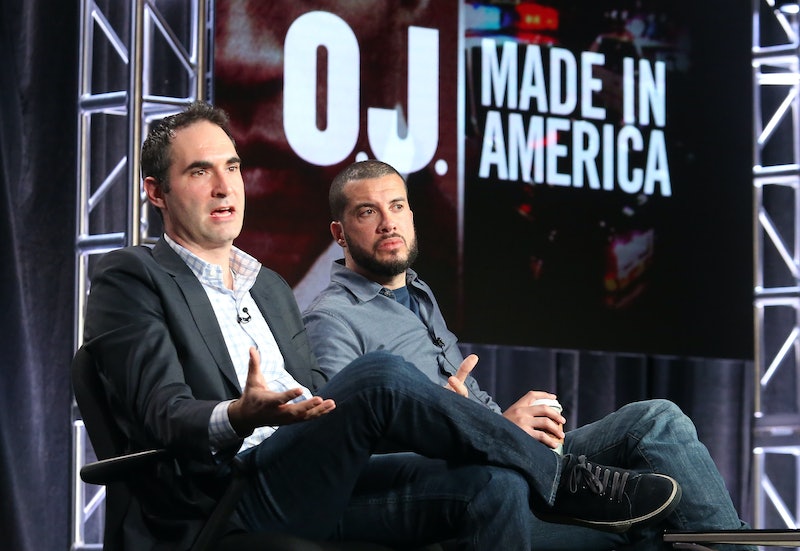 Recently, the O.J. Simpson story has made a recurrence in film and television, captivating the country all over again. FX's true crime series American Crime Story: The People v. O.J. Simpson first revisited the infamous case in February, and ESPN's O.J.: Made in America will start airing on June 11. But, although the former is a tied-and-true TV series, ESPN's project is being marketed as a documentary film that just happens to be airing on TV. So if it's technically a movie, could O.J.: Made in America win an Oscar?

Filmmakers certainly seem to hope so. The LA Times announced in March that ESPN would be screening the series in theaters prior to its June 11 TV release, therefore qualifying Made in America as a film and making it eligible for submission to the Oscar Best Documentary Feature category. This might seem an unlikely move, but ESPN Films believes that it is justified. As executive Producer Connor Schell told Crain's, "Ezra [Edelman, the project's director] did not create episodes of a television series. He created one documentary that happens to take a long time to tell, that will be split into five parts for television." So since O.J.: Made in America is in fact intended to be a documentary feature, the network is hoping it might be an Oscar contender. It actually seems feasible that Made in America could win the Oscar, given the fact that it garnered some great reviews at Sundance. But here are a few other hurdles the movie would need to be overcome in order to attain Oscar glory.

In order to be eligible for an Oscar nom, the series will need to be reviewed by the LA Times or the New York Times, and that review must be specifically within the film section; Academy Award guidelines stipulate that a review by a TV critic will not suffice.

This might seem silly, but the Academy obviously doesn't nominate movies that none of its members have watched. And given that O.J.: Made in America is over seven hours long, members might not be crazy about the idea of sitting through the whole thing.

The Academy Needs To Approve It

Made in America already overcame two big obstacles: it found theaters willing to screen it despite the long runtime, and it was excused from the Academy rule that states that a film needs to be screened a minimum of four times a day at theaters to be Oscar-eligible (the movie will instead have two showings a day). But how will individual Academy members feel about the fact that the movie is getting special accommodations? I would wager that there might be some kerfuffle among industry professionals when it comes down to solidifying the nominees, and this could potentially influence the decisions of the Academy.

It Will Have To Beat Out Other "Regular" Documentaries

Given how fierce the competition was in the Best Documentary category at the 2016 Oscars, it's likely that this coming year is going to be equally intense. So in order to win the Oscar, Made in America will have to go head-to-head with many "traditional" documentaries, some of which are already generating Oscar buzz.

So although OJ: Made In America is gunning for the chance at an Oscar, there still may be some bumps in the road ahead. Thankfully, you can check out the series one segment at a time when it premieres in June, and then you can make your own informed opinion on whether or not Made in America has a shot in the race for Best Documentary.