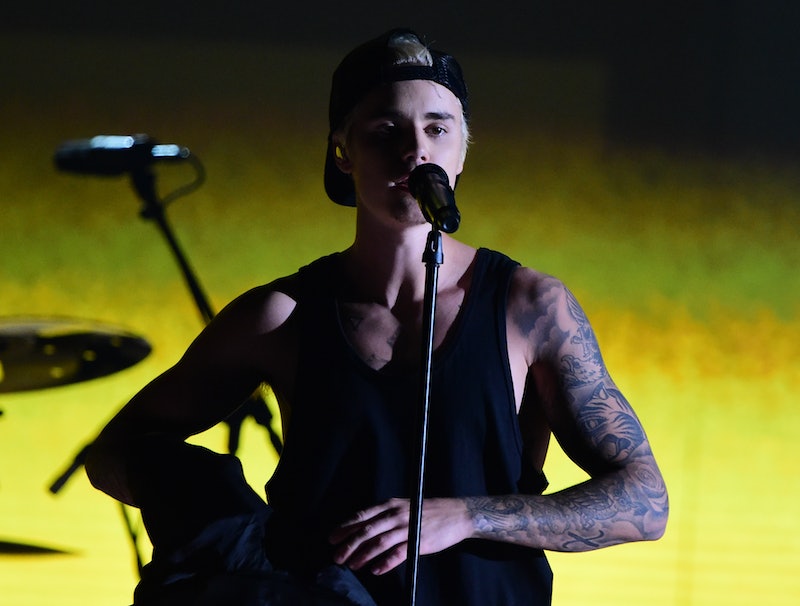 Justin Bieber reemerged into the spotlight, and my heart, with the release of his 2015 album Purpose, an ongoing tour and of course, “Sorry” and its music video with female power of epic proportions. (I’ll never be over it.) But if one track from Purpose lightens the mood, that track is "Company," and it lightens that mood real good. The catchy and sexy “Company” lyrics allude to all the non-commitment fun Biebs had partaken in while prepping for his big album release. (Letting off some steam, am I right?) Or all the non-commitment fun he wished he was having. Either way, the song gives the empowering, guilt-free dose needed to fully enjoy a friends-with-benefits situation or even a one night stand.

Admittedly, I’ve never really had either, but I gotta say, this song does make me a belieber. (I had to do it.) Anyway, Biebs will be performing a mashup of "Company" and “Sorry” at the 2016 Billboard Music Awards on Sunday, and the entire female population will surely feel pregnant by the end. In the meantime, a look at the song's lyrics will be good prep as well as motivation to allow some (or lots) of that casual company in life. Catch my drift?

First, he asks a simple question in the chorus that’s actually super enticing because it’s just a suggestion, really. A very sexual suggestion…

Can we, we keep Keep each other company? Maybe we, can beBe each other's company Oh company

I’m intrigued. Then, in the first verse, he makes the FWB scenario extremely appealing because what else does one need in life besides some heavy flirtation over a cocktail to scratch the itch of a lonely night normally filled with Netflix? Nothing comes to mind. He implies that he’s going to rock our world, again without being too pushy. I like that.

Fear not, commitment-phobes like me. He’s just chillin’. Chillin’ while respecting his FWB as a lady, of course:

If he’s not quite convincing yet he allows time to consider all of the endless possibilities of his sexual oasis, all while serenading. I’m pretty much already feeling like a queen. How does he do it? With a bunch of soulful “oh”s like this:

The best part is how he leaves the ball in the other person’s court. He wants to get to know his potential FWB without getting into anything too serious — which obviously, neither party wants. Gentleman. He also makes me feel like if I were to skip out, I’d be cursing myself until the end of time:

It ain't about the complications I'm all about the elevation We can keep it goin' up Oh, don't miss out on us Just wanna have a conversation Forget about the obligations Maybe we can stay in touch Oh that ain't doin' too much

All in all, this seems a win-win and I'll just say I'm pretty excited right now. Thanks, J. Biebs.