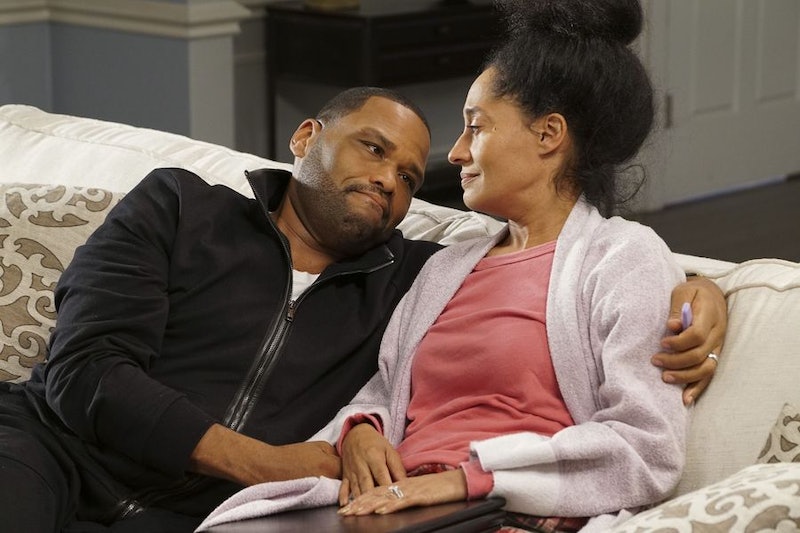 Season 2 of black-ish was 24 episodes, but even a super-long season has to come to an end. But will black-ish be returning to ABC for Season 3? It was renewed by ABC back in March, showing that the network is committed to the series at least through the 2016-2017 television season. Seasons 1 and 2 both premiered in late September, and since the show has only improved over the past two years, it should maintain its position on Wednesday nights — look for black-ish Season 3 somewhere between Sept. 20-25. But, even that short hiatus will feel unbearable, since in Season 2, black-ish took a leap from a promising and good show to a truly outstanding great one.

A few Season 1 episodes brought up social or cultural issues, but they mostly focused on establishing the characters in this fun, eccentric family. And I think this approach paid off, because the second season brought up lots of very real issues that concern families, black and otherwise, as well as showcasing how much chemistry the cast has developed over the course of two seasons. And, these are just some of the best moments from black-ish Season 2 that will make Season 3 even harder to wait for, because the past 20-odd episodes have been incredibly hilarious and impressively well-written.

The first half of the season was all about tense issues like gun control and cultural differences between black and white families, like churchgoing habits, which made for one of the funniest moments of the season, as the Johnsons try on several different Sunday morning traditions.

While Pops was my pick for funniest character of Season 1, in the second season, Lawrence Fishburne took a backseat in favor of Jenifer Lewis' Ruby. And, she's been crushing every line, every moment, and every piece of weird physical comedy they ask of her.

Zoe was a one-joke teen stereotype in the first season, but even though the show has arguably taken away some of her funnier traits, like her borderline scammer tendencies, They turned her into a more realistic big sister, protective and caring for her younger siblings.

The Return Of Charlie

Season 2 was also responsible for the loss of Charlie, so maybe it shouldn't get credit for bringing him back, but when he made his surprising return to the series, I was actually a little emotionally affected. And then, once he made his first joke about leaving Eustace alone, and I was right back to laughing as his descriptions of his odd, complicated life.

The back half of the season has been hinting that Dre might lose his job — or, he's at least worried about losing his job. Although the Johnsons will probably remain economically secure, Dre's concern over taking care of his family actually deepens him more than just the typical sitcom dad.

Diane Is A National Hero

I want Diane to become President in Season 3. Yes, she is a seven year-old girl, but she's very qualified at being in charge, because she runs this family.

The second half of the season peppered in a few more purely jokey episodes, but it also featured what's undeniably the series' best moment: "Hope," the episode where the Johnsons have to have "the talk" where they explain police brutality and racism to their young children, something that likely resonated strongly with the show's black audience. But, like everything in black-ish Season 2, the series transcended any one group to form a truly relatable and lovable comedy, and I can't wait until it's back for Season 3.