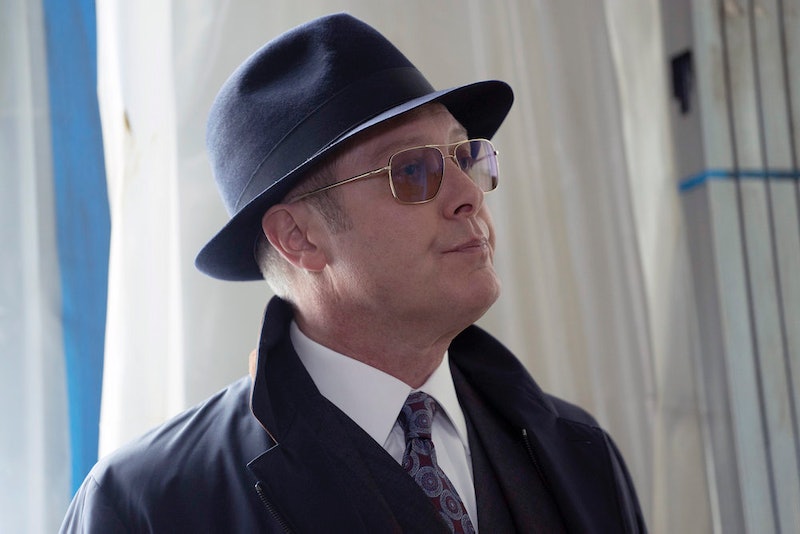 Though it has turned the final pages on its highly unpredictable third season, fans can rest easy knowing that The Blacklist was renewed for Season 4 all the way back in December. Though an exact premiere date has not been set, The Blacklist will likely return for Season 4 in late September or early October of 2016, since it's on NBC's fall schedule and that is when previous seasons have started. But that's not all we have to look forward to. NBC also picked up a spinoff, though that series will keep us waiting longer than Season 4. According to Deadline, The Blacklist: Redemption will premiere at midseason, so prepare for double Blacklist when 2017 rolls around, with the original series' new season in full swing by then, and the debut of its spinoff.

Exciting as news of the renewal and new series may be, the though of a long, Blacklist-less summer stretching before you may still seem a little grim. So to help pass the time and fill that Raymond Reddington-sized hole in your heart, here are six series to watch while you wait for the return of The Blacklist. Once you get through these, Season 4 will be here before you know it.

It's highly likely that someone on the internet has yelled at you to watch The Americans at some point during the last few months. Today, the someone is me. The Americans is one of the highest quality television shows that's ever been made, and it features the same kind of government intelligence goodness that makes The Blacklist so supremely watchable. Following two KGB operatives posing as a married couple in the U.S., The Americans moves at a slower clip than some other shows of its ilk, but stick through the first few episodes and you will be handsomely rewarded.

Back before J.J. Abrams was the king of all things sci-fi, he was busy at work building an impressively unique television resume with Felicity and later Alias, the show that would launch Jennifer Garner to super-stardom. The series centered around Sydney Bristow, a regular old college student who just also happens to be a butt-kicking super spy. There's plenty of government conspiracies and lots of ridiculously fun action, with some bonus points for Sydney's ever-changing looks.

While certainly a product of its time, few shows have done action on TV better than 24. With each season of the show representing one hell of a day in the life of tough-as-nails Jack Bauer, every episode of the series played out in an hour of real time, ensuring maximum suspense and some seriously compelling dramatic tension. Kiefer Sutherland killed as the no-nonsense counter-terrorism agent, and the show rightly kept many of us glued to our televisions for eight whole seasons. (Bonus: a reboot of the show, 24: Legacy, is set to hit screens in early 2017.)

In many ways, The Blacklist is the evil twin to White Collar's charming shenanigans, which boasts the criminal rapscallion Neal Caffrey at its heart. Besides falling on the lighter spectrum, the show, which ended in 2014, was a good match to the tone of The Blacklist, with a healthily fleshed out mythology, engaging antagonists, and a pretty masterful set of series arcs. Plus, Matt Bomer wears the hell out of a fedora.

Person of Interest is probably the best match to The Blacklist as anything on this list, sporting the same dark sensibilities and criminal conspiracy themes. The acting is seriously top-notch and features some really killer performances from stars like Taraji P. Henson and Amy Acker. Though more understated than The Blacklist in many ways, Person of Interest is one of the best shows that you're not watching.

Yes, it's sci-fi, but Fringe was always the best at balancing what felt like very real government intrigue with some of the strangest sci-fi premises ever seen on the small screen. Besides churning out one of the best episodes of television ever, Fringe's ultimately humanist bent puts it at close range with the often heartbreaking relationships featured in The Blacklist.