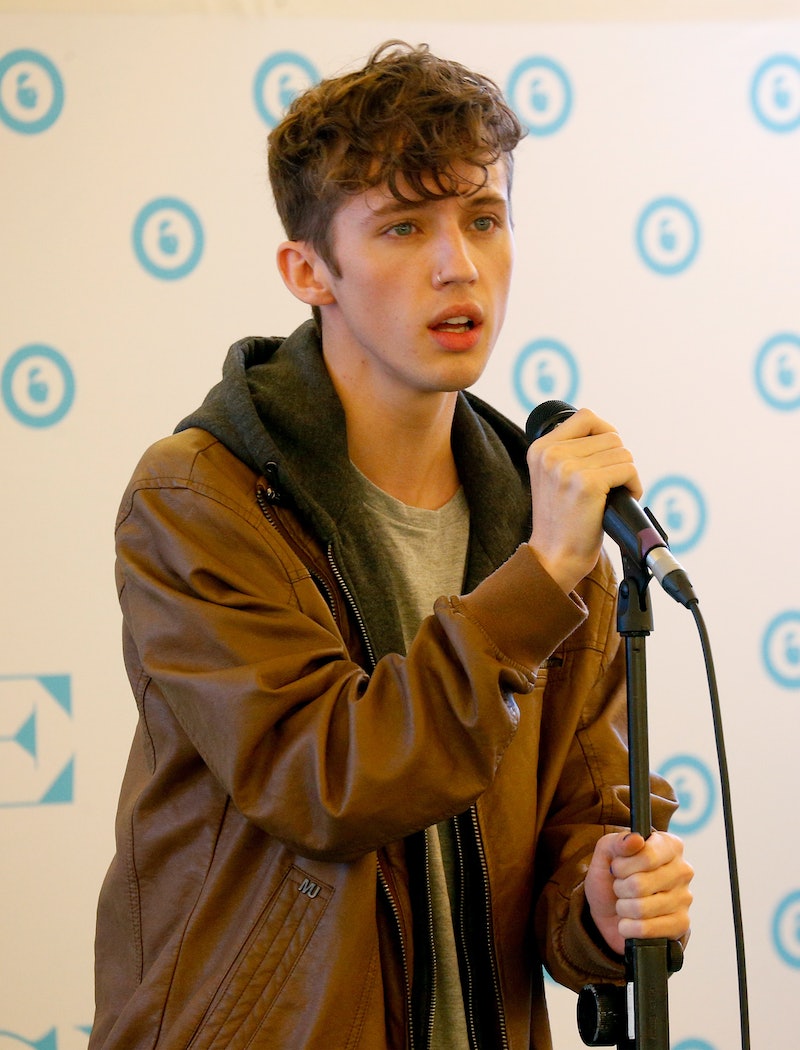 The 2016 Billboard Music Awards take place Sunday in Las Vegas, and 2016's ceremony has all kinds of bells and whistles. For starters: The queen, Celine Dion, will receive the Billboard Icon Award, Madonna is doing a tribute to Prince, and the list of performers has something for everyone: Justin Bieber, Ariana Grande, Fifth Harmony and Ty Dolla $ign, Britney Spears, and Rihanna are all confirmed to make an appearance, for starters. There are also up-and-comers: Meghan Trainor, who was nominated for nine Billboard Awards and won two in 2015 for her song "All About That Bass" is taking the stage, as is Troye Sivan, a South African-born singer, songwriter, actor, and YouTube star. But, who is Sivan?

The artist has seen a lot of success for only being 20 years old. Sivan, who was born in South Africa but has lived in Perth, Australia since he was two years old, released his first full-length album Blue Neighborhood in December 2015. Since then, he has performed on The Tonight Show With Jimmy Fallon, made an appearance on Ellen, was on the cover of Rolling Stone Australia, and now will be performing at the Billboard Music Awards on the same stage as Celine freakin' Dion. Talk about a child prodigy!

Beyond his music, though, Sivan is also known for a YouTube video he posted in 2013 in which is publicly revealed his sexuality to his followers. Since that video, he has used the platform to openly discuss sexuality, answer questions and give advice to his literal millions of followers (He started posting videos in 2012, and since then, has amassed 4 million YouTube subscribers — not to mention 3.84 million Twitter followers and 4.2 million Instagram followers). Additionally, when he first posted the coming out video, it inspired a hashtag #WereProudOfYouTroye — and it now has more than six million views. Time Magazine named him one of the 25 Most Influential Teens of 2014 for cultivating a huge YouTube following.

And bonus: he's friends with other super cool teen Amandla Stenberg, who co-starred in his music video "Youth."

And Sivan continues to inspire and encourage fans: As he told The Fader in an interview in September upon the release of his music video "Wild: "I just wanted to write normal pop songs and when the time comes to use a pronoun, I’ll use the word 'he.' One of the most powerful things I think that any LGBTQ person can do is just live."

Sivan has also found success as an actor: when he was only 13, he played a young Hugh Jackman in X-Men Origins: Wolverine, and also starred in the Spud trilogy. And he knows that even though he's very successful, he's also still just a kid, and that's refreshing. Talking to Out about why he is, despite how much he encourages others to share with him, a pretty private person, Sivan said: "I don’t even know what’s going on, so I don’t really want to put anything on paper. I’m just so… 20. I’m never sure how to define anything in a magazine or in print. It seems very permanent."

"Just so 20" is an adorable way to describe the very very weird experience of being that age. But Sivan, with a performance at the Billboard Awards on Sunday and a just-announced tour, is one badass, successful 20-year-old. Keep killing it, Troye!

More like this
20 Years Later, Kelly Clarkson & 'American Idol' Judges Reunite For Her Hollywood Walk Of Fame Star
By Radhika Menon
Everything To Know About Taylor Swift’s 10th Studio Album, 'Midnights'
By Grace Wehniainen and Jake Viswanath
Twitter Is Freaking Out Over Rihanna’s 2023 Super Bowl Halftime Show Announcement
By Stephanie Topacio Long
The Spice Girls Just Dropped A Brand New Music Video
By Sam Ramsden
Get Even More From Bustle — Sign Up For The Newsletter