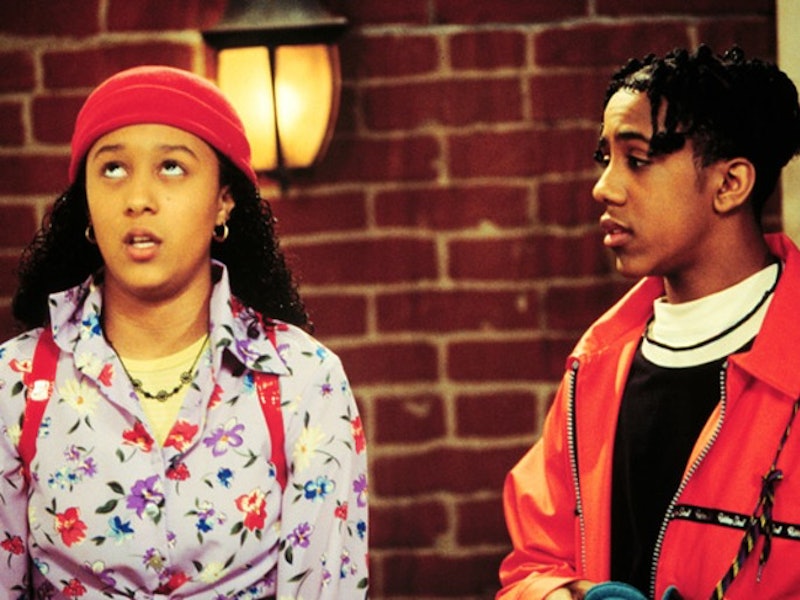 As every '90s kid knows, from 1994 to 1999, Roger annoyed the hell out of everyone by constantly showing up at Tia and Tamera Campbell's doorstep in the beloved sitcom Sister, Sister , — often times when he was unwanted. But, what happened to Roger in the years that have passed since Sister, Sister ended? Well, let it be known: Roger isn't so annoying anymore. In fact, he's got it goin' on. Yep, Roger, also known as Marques Houston in real life, is all grown up. I think we could use a little more of Houston in our lives as much as we need Ryan Gosling’s next shirtless pic. What can I say? Needs are needs. So, here’s what Houston’s been up to since Sister, Sister left our lives over 21 years ago. (And wow, I’m old…)

First thing’s first: He’s 34 now, and by the looks of his Instagram, could even still be single. But since serenading the Mowry sisters on TV all those years ago, he’s been pretty busy focusing on his professional life and still putting those pipes to use. (The vocal kind, pervs.) Before Sister, Sister began, he started the group IMx (short for Immature), which also included Jerome "Romeo" Jones and Kelton "LDB" Kessee. After the show, he continued working on music with the group, until members parted ways in 2002. But good news — according to the official IMx site, they’re back together working on a new album and a tour.

Roger is nowhere to be found there!

Houston's been dabbling in on-screen work, too. Here he is in the music video for the 1999 Destiny’s Child hit “Jumpin’, Jumpin”:

In other news, judging by his Instagram, Houston loves a good selfie, knows a spiffy suit when he sees one, and has impeccable taste:

Luckily, Roger is near and dear to his heart:

For now, we'll have to patiently await the long overdue Sister, Sister reunion and stare at Houston's abs some more.