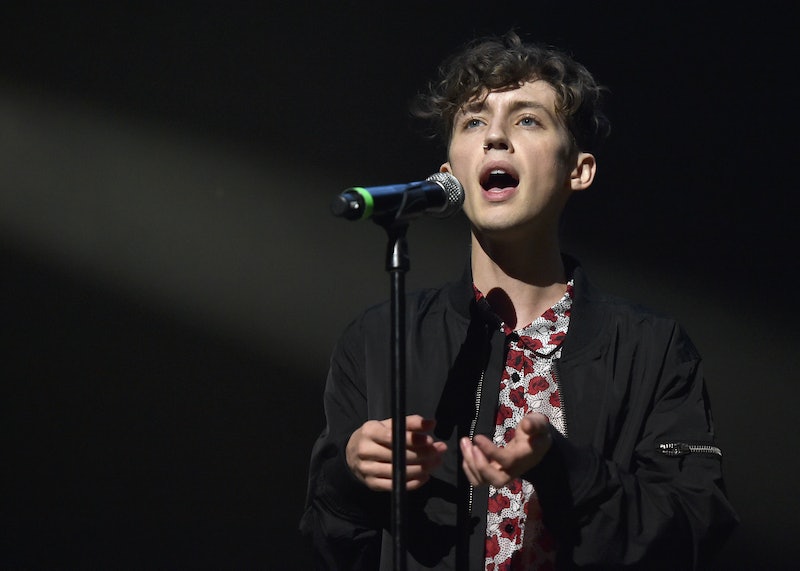 Troye Sivan is a multi-talented human being. He has over four million subscribers on YouTube, has released music and appeared in movies, and he was named one of Time's 25 Most Influential Teens of 2014. It's safe to say that Sivan makes me feel incredibly lazy. While information about much of the 20-year-old's personal life is freely available online, the question of who the singer is dating has long been the subject of speculation. So, is Troye Sivan single, or is he dating someone else in the entertainment industry?

Sivan is incredibly private about his personal life and romantic endeavors, so it's unclear whether or not the YouTuber is currently dating. However, there have long been rumors that he might be dating a fellow YouTube star, such as Tyler Oakley or Connor Franta. Recently, most of the speculation has revolved around Franta being the object of Sivan's affection. Much of this speculation is due to the fact that the liner notes of Blue Neighbourhood, Troye Sivan's wonderful debut album, thank "my beautiful boyfriend." While the artist thanks a plethora of people by name, Connor Franta is missing from the list, despite having gone on tour with him, leading many fans to believe that he must in fact be the "boyfriend" in this scenario.

The actor and singer prefers to keep quiet about who he might be dating. In March 2016, Sivan told Out magazine, "I feel like I share everything about myself, like everything. That’s the one thing — I should keep something to myself." That he's managed to keep his relationship a secret thus far is incredibly impressive considering his popularity has been soaring. Sivan shares so much with the world via YouTube, so it's understandable he might want to exercise some control over the information he gives to his fans.

In Out magazine, Sivan said of the boyfriend mentioned in the liner notes of his album, “It was important to me to pay tribute to that person and thank that person... As far as defining that relationship and defining who that person is and everything...” It looks like, for now at least, Sivan is going to keep us all guesses about his love life, and perhaps that's the way it should be.