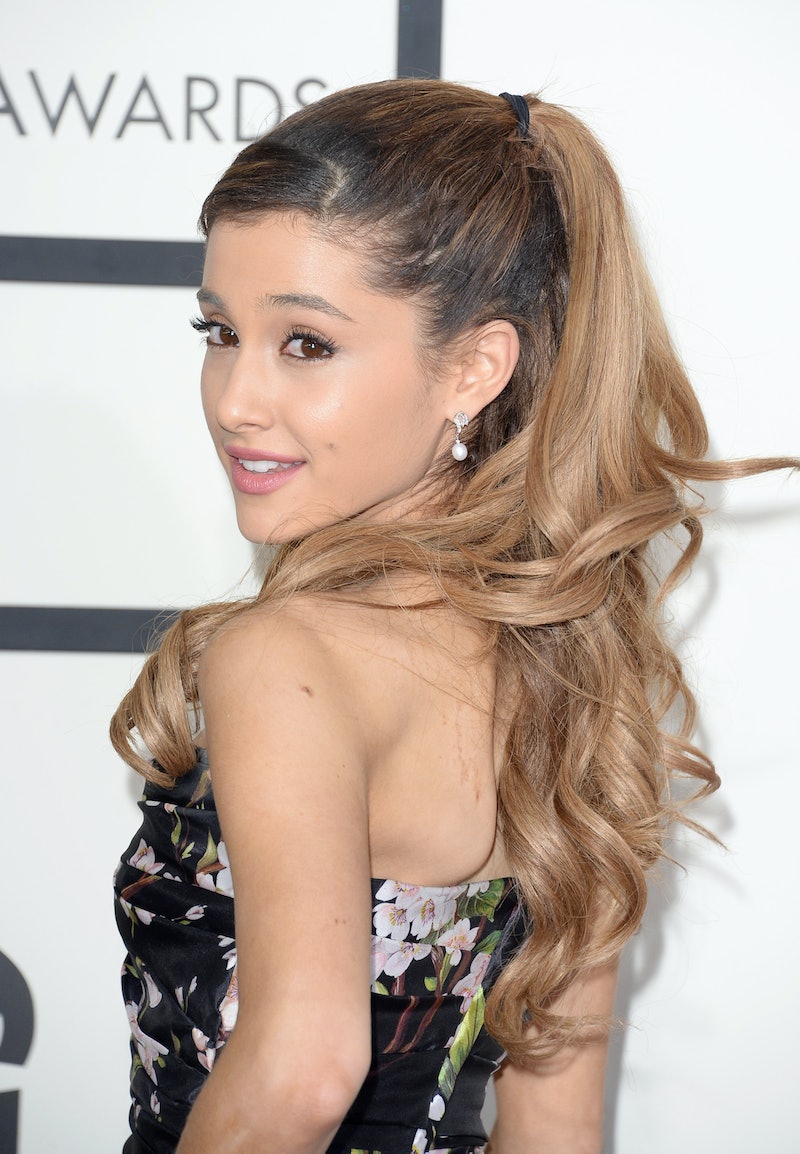 Well, this is a story that flew under my radar until this very moment: Perez Hilton and Ariana Grande are feuding. And not just any feud. A feud that could involve lawyer fees and legal jargon. Uh, whoa. How'd I miss that one? I thought. And I call myself an Arianator! When I saw the Gossip Cop report that Grande could be suing Hilton, I was like, "Did he take his splooge scribbling too far? What happened here?" Naturally, I read every related article I could get my grubby paws on. Here's the rundown: Sunday, Hilton tweeted at the pop singer/Sam & Cat star that he’d heard she was spotted using cocaine. He expressed concern, and then tweeted at Nickelodeon and Grande’s family. Like ya do when you're worried someone is doing hard drugs. Such a genuine move to call it out in a public forum like that (can you sense my sarcasm?).

Well, a source told Gossip Cop that these allegations are “all lies” and “not true.” I mean, I know squeaky-clean images are shattered all of the time, so something like this is never out of the realm of possibility, but even so, I would've been shocked if his tweets had any validity. It's Ariana. She wouldn't do that. Would she?Allegedly, Grande is prepping to sue Hilton slander. Here are the tweets that reportedly have Grande working with litigators:

If these tweets are total B.S., why would Hilton spread such a serious rumor about her? What’s Hilton’s beef with Grande? Well, it miiiight have something to do with Hilton being none too pleased with Grande’s devout fandom. Let’s take it back a bit.

After Hilton criticized Grande’s 2014 Grammys style (comments that reportedly brought her to tears before the ceremony), some Arianators were like, “GLOVES OFF, PEREZ! LET’S DO THIS.” They then e-attacked Hilton. They continue to e-attack Hilton. So relentless. Eesh.

Now, I’d heard Hilton said mean things about Grande’s adorable Grammy dress and hair, but I didn’t know that Grande’s fans took to the social media streets to riot. They tweeted/Instagrammed/et cetera'd cruel things about the infamous blogger and his son. Oh no. OH NO. That ain't right.

Hilton says he’ll tweet at Grande until she calls the Arianators off, but he's standing by what he said about her the night of the Grammys.

On Feb. 18, Hilton posted a photo of Grande on Instagram with the following caption:

I know most @ArianaGrande fans are 12 years old - at least they almost all act like it - but ENOUGH is enough! Even 12 year olds KNOW better than to wish death on a baby and say the disgusting things that 99% of her fans have been spamming my Instagram with. I am NOT sorry I said #ArianaGrande was dressed awfully with boring hair at the Grammy Awards. I will not apologize. And, listen up, kids! For every day you continue to say vile things on my photos, I will continue to bring it to the attention of Ariana. Do YOU want her seeing all those tweets pointing to the fact that she has the worst fandom out there? She does. It's the truth. And, at this point, her silence on this matter is shameful. Her team KNOWS what her fans are saying about my family and doing to my Instagram photos. Ariana keeping quiet is condoning and promoting that behavior! Shameful, Ariana. Shameful! Quite being such an enabler and SAY SOMETHING! Until then, I guess I will be a baby myself and do what I think I need to do to get this bullshit to stop. All this silliness started over me saying I did not like her look! I had always supported and liked Ariana. Until now! Over her! And over her fans!

And Hilton's thoughts regarding the lawsuit reports?

Hopefully, everything works out for everyone. Ugh, I hate conflict, so all of this is making me very anxious.