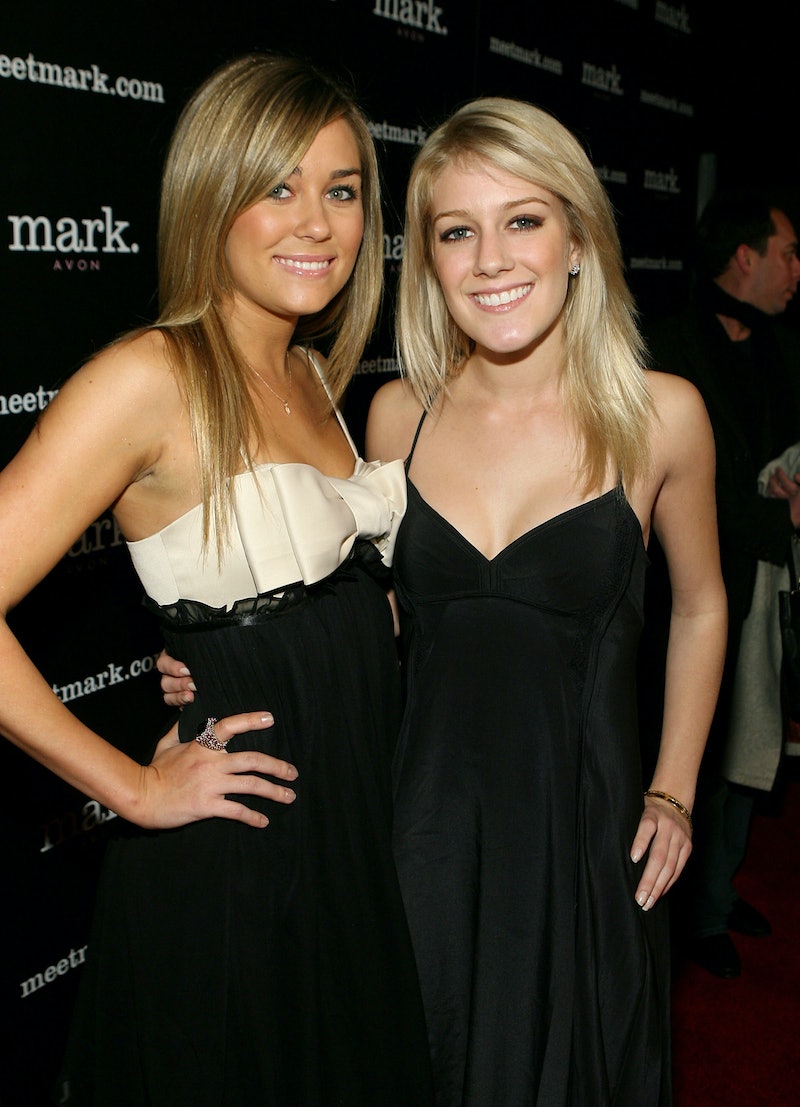 Apparently it's 2006 again, so it's time to pull out your pink Razr, call your friends, and let them know there's breaking news from the stars of The Hills. Of course, I kid, but it is time to celebrate the 10th anniversary of MTV's glossy, over-the-top reality juggernaut, so I implore you to bring out your finest Juicy Couture sweatsuit and iPod Mini in honor of the celebration. Us Weekly interviewed the Hills ' star, Lauren Conrad, and asked her about her final appearance on the show at Heidi Montag and Spencer Pratt's wedding, and she revealed she "threw a fit"... but it might not be for the reason you think.

Of course, if you watched the 2009 episode, it was revealed that Conrad did decide to attend her former bestie's wedding, even though she famously disapproved of the couple (she knows what she did!) before making a quick exit, passing the proverbial reality torch to her other nemesis, Kristin Cavallari, who took over as lead of the show for the final two seasons. All parties involved went on to lead their own adult lives, mostly away from the reality TV spotlight, but Conrad has now explained exactly what went on that fateful day.

Apparently, Conrad was also scheduled to attend an event the same day with then-boyfriend Kyle Howard (hey, she's a busy girl!) and only planned on making a quick appearance at the Pratt-Montag nuptials. But then the electricity went out in the church, and Conrad wanted to leave ASAP. Conrad told Us Weekly,

For his part, producer Adam DiVello told Us that Conrad "might have felt locked in, but she was not."

This debacle apparently went on for two hours, and Conrad watched the ceremony before making her getaway via the church's side entrance. "At that point, this wasn't really my life anymore, and I left out the [church's] side door, so that's why in the final scene, I'm not leaving with everyone else — I'm taking a side exit out because I had a car waiting, and I needed to leave!" she said.

Well, that explains that. Here's hoping we can now sleep at night knowing that there wasn't any drama — at least between Conrad and her cast mates — behind her dramatic wedding escape.